With the base and wall all built, was time to start painting the wall. The goal was to paint the upper section in a sponged paint technique and the lower section in a faux-stone look. Then the bottom trim would be black and the middle and upper trim, white. 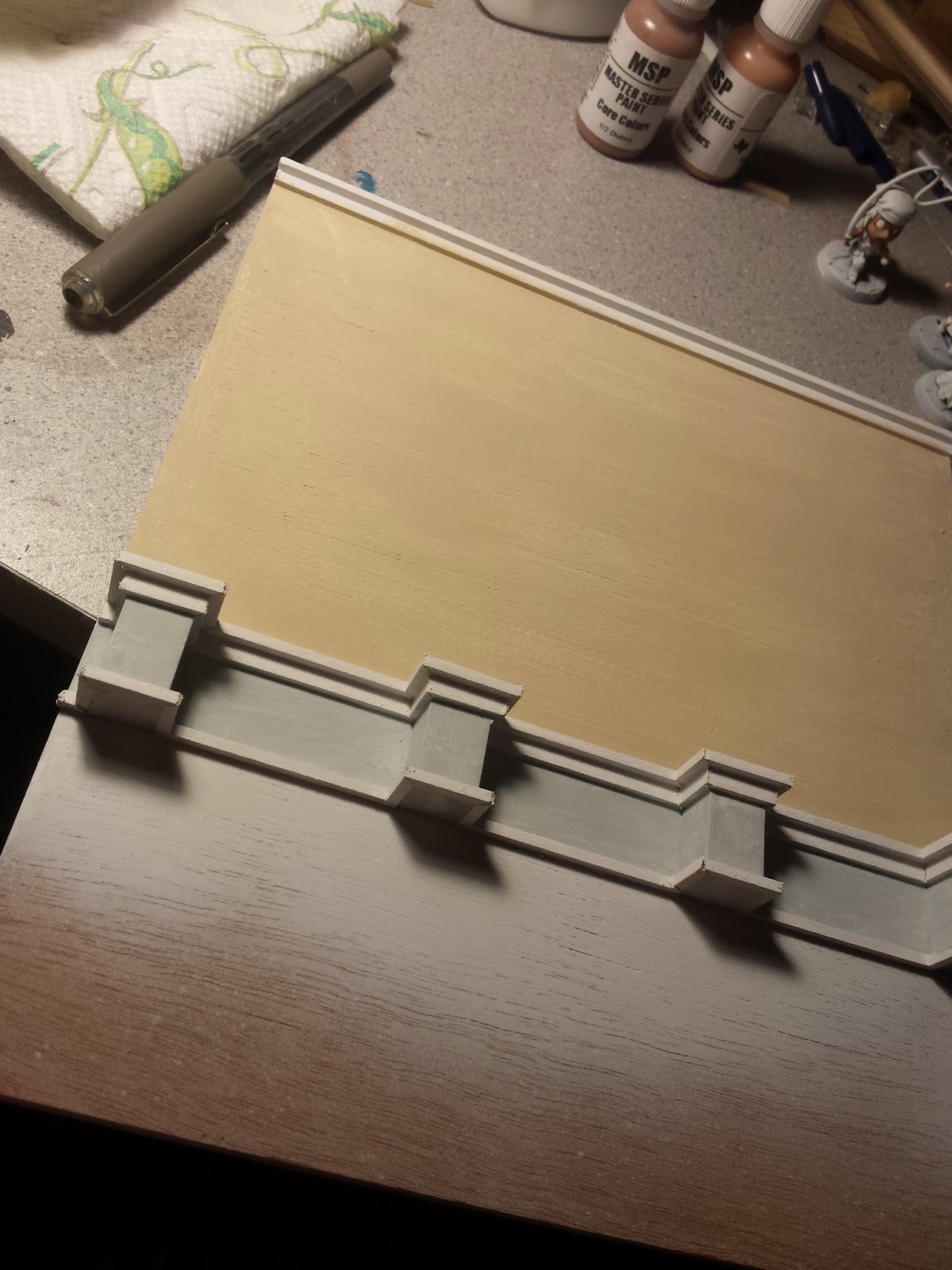 I wasn't sure what color I wanted the sponged section to be. I ended up looking over my paint collection for a solid 15 minutes while trying to decide. Finally I went with a cheap craft paint called "Linen" which is like a light tan. But I mixed it with some white and yellow to get a little more color into it.

The lower section was meant to be a stone-like surface. I base coated it with a craft store gray called Granite Gray, which ended up being a little bit on the blue side.

After the base coats were dry, I returned to the upper section. I mixed up more of the Linen paint with some orange paint, water and matte medium. Then using a damp sea sponge I began sponge painting the upper wall section. While it was still wet, I followed up with a sponge of straight Linen color.

The lower section was a bit different. Using a technique I learned while working on Trex the Terrible, I began by painting the gray base coat with various different colored inks. The inks I used were all
Games Workshop colors: Nuin Oil, Ogryn Flesh, Agrax Earthshade and Asurmen Blue.

After a solid 30 minutes of letting the washes dry, I started returning the color back to gray. The challenge here was, since there isn't any texture to it, I needed to come up with a new plan of attack. Since I couldn't drybrush gray onto it, thanks to the lack of ridges, I decided 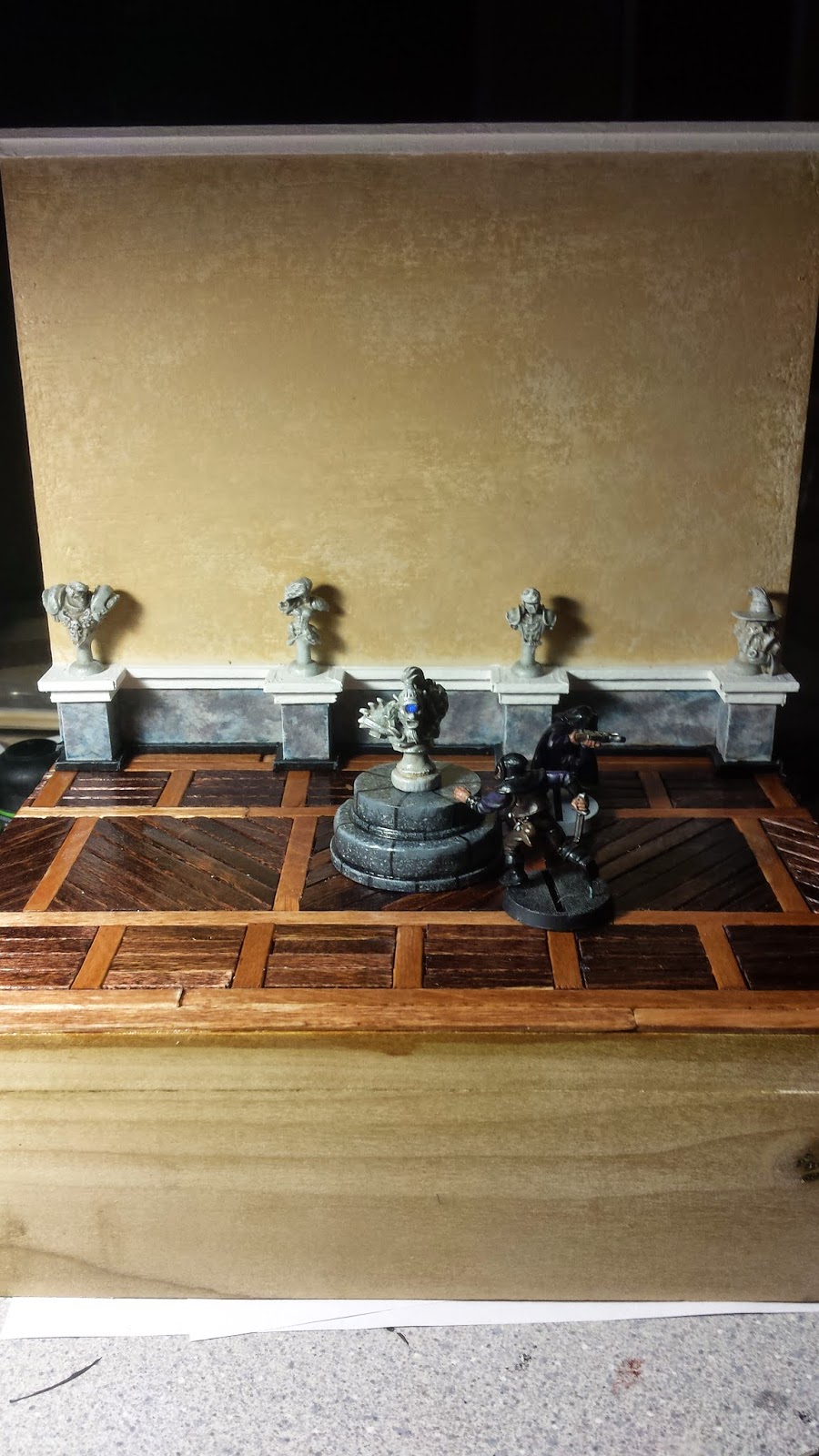 to use a flat brush and stipple the paint onto the surface.

I started with the same gray as the base coat and it ended up looking a little light. So I followed that up with a bit of black mixed in for a darker tone. This time it looked really good. Once that was dry, I I highlighted the corners of the posts with the base color gray again.

Finally, the bottom molding was painted black and the middle and top molding, white. Both of these were super tedious and I was constantly worried about ruining the wall. Plus it took three coats in order to get coverage on all of them.

Next up is getting the artwork situated for the wall. The plan was to print off a couple of my favorite fantasy artwork, but there have been calls for me to attempt freehanding it myself... I'm not really that great with painting, I've always been more of a pencil/charcoal guy.

I'll make a couple attempts. But I dunno how they'll turn out.