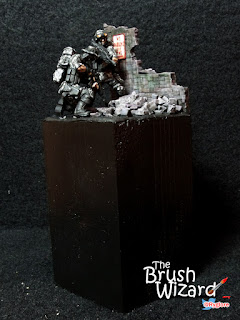 Read more »
Posted by Scott Ferguson at 11:48 PM
Email ThisBlogThis!Share to TwitterShare to FacebookShare to Pinterest

With the base painted and done (for the time being), it was time to get Woody and Badger painted! As I mentioned in the previous post I struggled with the camouflage pattern and coloring. Finally after a bunch of great suggestions from the folks on Twitter I decided on grey Urban camo.

Painting camouflage boggled my mind though. I've never attempted camo before, because I was always worried that it'd come out looking like I had just slapped random splotches of color all over it. But thanks to the internets and especially Kujo Painting's Painting Camo video, I felt confident enough to get started on Woody and Badger.

I knew I didn't want to mix paint. With the heat over the last few days it would dry out too quick. Plus if I had to stop, I didn't want to worry about mixing paint and color matching later. So I went with a palette of Vallejo's grey Model Color paints. These and their layers are:
While Urban camo has black in it, I decided to go with German Grey instead. This was because I am using Black for the other pieces of clothing and didn't want the camo pattern to blend into it.

I followed the steps in Kujo's video, but with some minor changes. My process was like this: 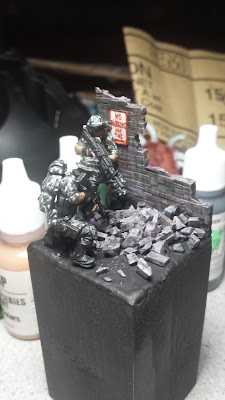 The camo turned out great! I surprised myself with it and have gotten a ton of compliments from everyone
that sees it. Not bad for my first ever attempt at it. But I do think I'll follow up with another wash of Nuln Oil in the creases, just to help give the fabric a bit more dimension.

I should have it finished up soon. But, as always, you can watch it progress in a more up-to-date fashion via Twitter. Hopefully it will be done this week, I don't see any reason why it wouldn't be.

Posted by Scott Ferguson at 4:58 PM
Email ThisBlogThis!Share to TwitterShare to FacebookShare to Pinterest

The wall is built and exploded, the minis are assembled and ready for battle. It's time for paint y'all!

I came to an impasse for most of the day after the wall was assembled. I needed to decide on the ground, wall and camo colors. I spent a lot of time looking at camo patterns, trying to decide on what to go with. I made it especially difficult on myself, because I originally planned on a red brick wall.

This left me with a limited number of camo choices and it was brought to my attention that Urban Camo against red bricks might look off. So, after a bit of debating I finally decided on grey bricks for the wall and a blacktop ground with the soldiers clad in grey urban camo.

Read more »
Posted by Scott Ferguson at 1:07 AM
Email ThisBlogThis!Share to TwitterShare to FacebookShare to Pinterest

Project Announcement: Pinned Down, Taking Fire! - Building the Wall, and then Exploding it.

It's time to start a new project and that project is something I've been looking forward to for a while now. This new project is titled "Pinned Down, Taking Fire!" and it's a departure from my usual fantasy based pieces, instead being modern military.

Read more »
Posted by Scott Ferguson at 10:01 AM
Email ThisBlogThis!Share to TwitterShare to FacebookShare to Pinterest

Read more »
Posted by Scott Ferguson at 12:44 PM
Email ThisBlogThis!Share to TwitterShare to FacebookShare to Pinterest 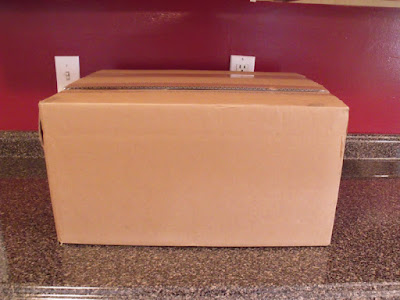 Wave 2 of Super Dungeon Explore has finally arrived! Wave 1 came in back in April, and I did an unboxing write up on the set. Now, three months later and with the rest of it in hand, it's time to go around again! It's been a long week, I got my tracking number on Saturday and have been madly refreshing it for the last 5 days.

Read more »
Posted by Scott Ferguson at 10:54 PM
Email ThisBlogThis!Share to TwitterShare to FacebookShare to Pinterest

It took awhile, but I can finally say that The Great Cyclopean Gemstone Heist! is finished! There were lots of ups and downs and starts and stops to this project and at one point it looked like it was never going to get done.

I couldn't have done this without the support of @minisbytree and @paintsandstuff on Twitter. Both of them helped to push me to make this project better. Especially when it came to the painting in the background. Also, this project would never have been drempt up if it wasn't for @blue_cadet and his LED tea candle Warhammer 40k objective markers.

So now, I give you, The Great Cyclopean Gemstone Heist!, complete with a video of the eye in action!

Read more »
Posted by Scott Ferguson at 11:39 PM
Email ThisBlogThis!Share to TwitterShare to FacebookShare to Pinterest 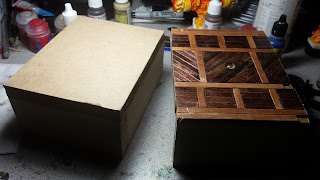 Read more »
Posted by Scott Ferguson at 2:49 PM
Email ThisBlogThis!Share to TwitterShare to FacebookShare to Pinterest