It's Thursday! That means we jump into the time-stream and go back to revisit some of my older miniatures and projects. Today's Throwback Thursday is a conversion I did for a RuneQuest character of mine. This guy fought with a spear and focused on spell casting. He had Leather Armor, unlike most mages and as such I needed a mini that fit all that criteria. Enter Reaper Miniatures and a Monk. Thanks to one of Reaper's weapon packs, a monk and an instrument pack. I was able to add the spear and lute to the mini. 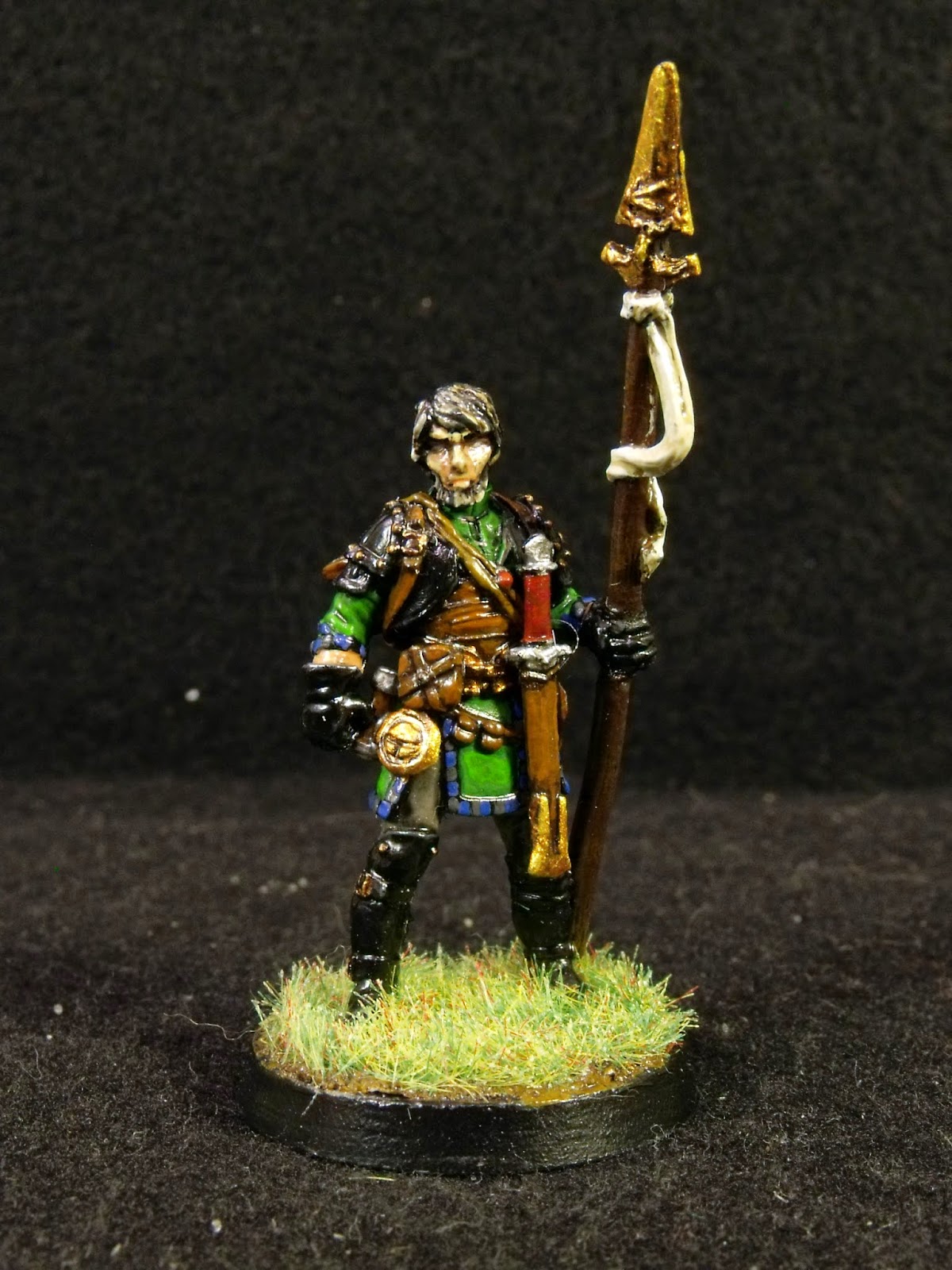 Meloc was a sorcerer in RuneQuest, and in that game sorcery wasn't affected by armor penalties. The monk mini was a great choice for it. He had no weapons in his hands and they were clenched at his sides. I bent his one arm upward and pinned the spear into place. The Lute was added by pinning it into his back and then adding a strap to it with green stuff.

I remember trying to go with a peppered look for his hair, which ended up with mixed results. Also, this was one of the first times I'd attempted black leather instead of brown. It looks good in person, but is kind of lacking in highlights. 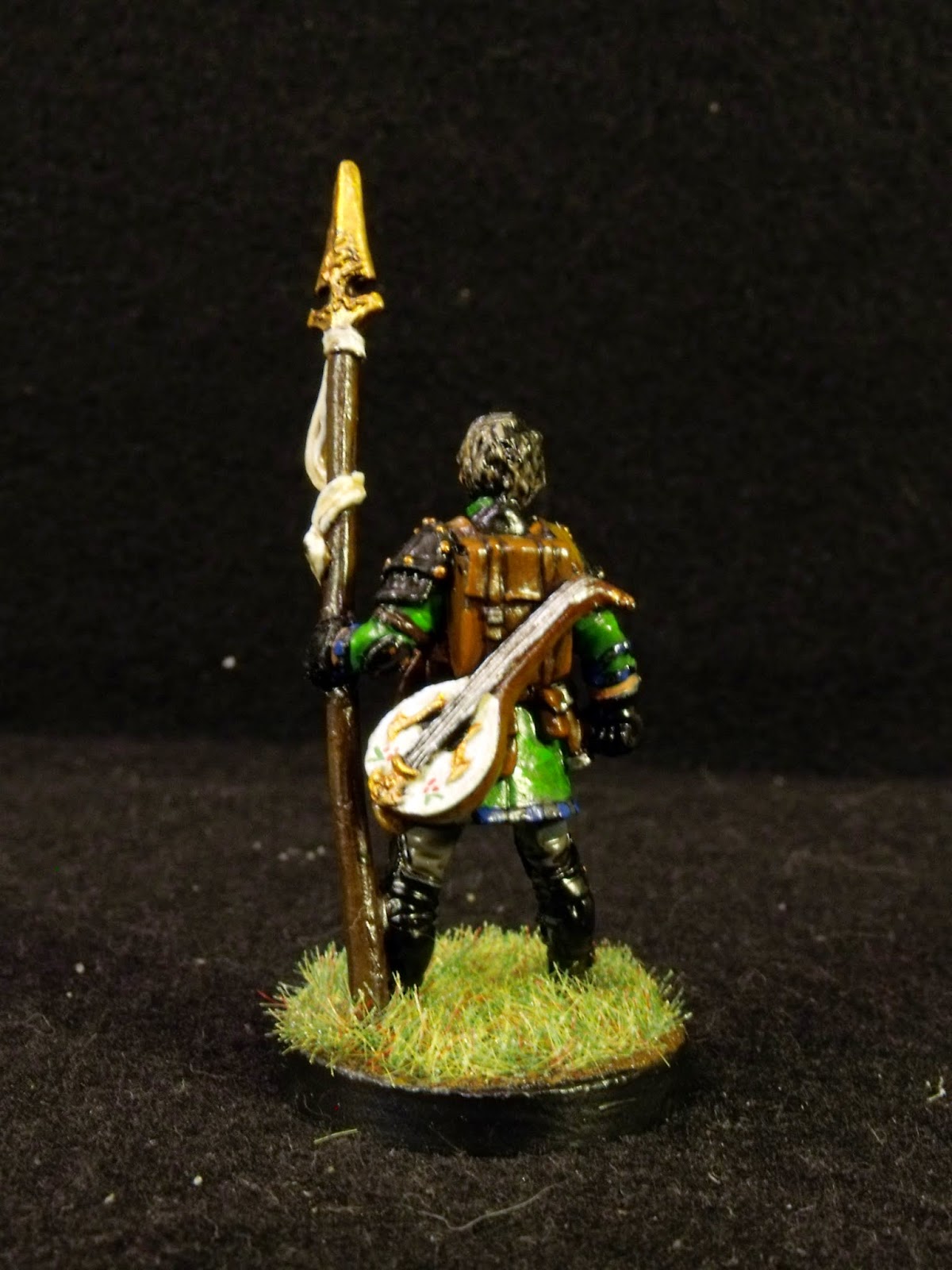 Overall I like how he turned out. Unfortunately shortly after I finished him. That campaign ended and he's not seen much time on the table top...
Posted by Scott Ferguson at 6:37 PM
Email ThisBlogThis!Share to TwitterShare to FacebookShare to Pinterest
Newer Post Older Post Home