Tutorial: How to Paint Gems with Gemstone Paints

How to Paint Gemstones with Gemstone Paints

Citadel's new Gemstone paints seem to be the hotness lately. For those of you who are unfamiliar with the new Citadel Gemstone technical paints, they are a new line of translucent glossy paints. The purpose of them is to give you good looking gems without a bunch of hassle doing them the "old fashioned way". A lot of folks have really liked the gradient undercoat for the gems I did testing on. So I thought a quick tutorial is in order.

This tutorial will follow the gradient technique that I used in my testing for the Gemstone paints review.


Since this is a quick one, I just used an old High Elf halberd I had laying around. I chose Spiritstone Red as the example color, because I like it the most and I think it shows the effect best.

For this tutorial we will be using the following colors: 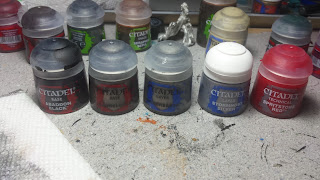 A few notes before we get started.

Step One
Base Coat - Abaddon Black 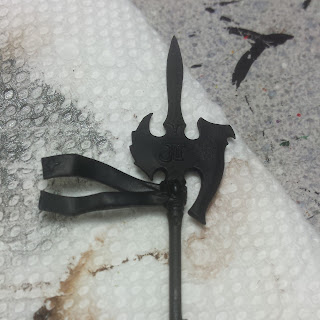 After the primer coat, the first step is to apply an even coat of black on the gem area. For this tutorial I stuck with all Game Workshop colors and went with Abaddon Black for the base coat. 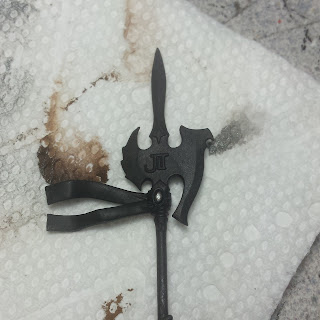 The next step is to paint Leadbelcher on the bottom 2/3s of the gem, angled slightly into the northeast edge of the gem. Also, keep the metallic paint from going all the way down to the edge of the gem holder. We want a black "outline" around the base of the gem's sides. 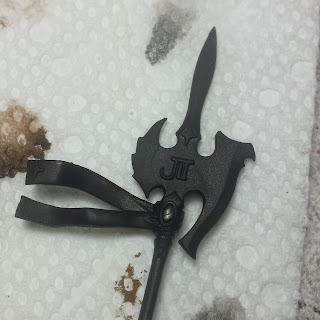 Next up, we paint the lower half of the Leadbelcher with Ironbreaker, you can also leave a small line of Leadbelcher showing along the edge of the black, if you like. 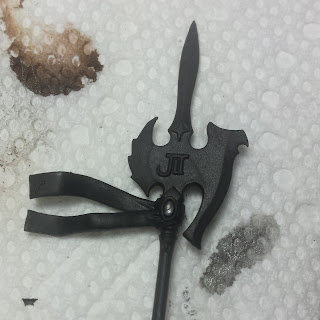 The last silver step is a dot of Stormhost silver in the middle of the Ironbreaker section. If you feel the Stormhost looks to dim, feel free to hit it again once it's dry. 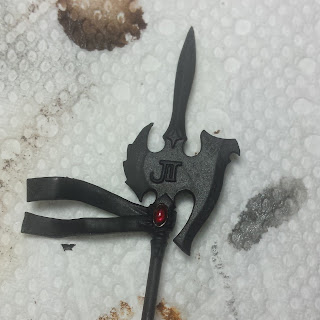 Finally, we paint on the Gemstone paint. For this one, I needed to paint it on twice in order to get the coverage that I liked. But I also think I had a bit too much water on my brush during the first coat and that may have affected it a little. 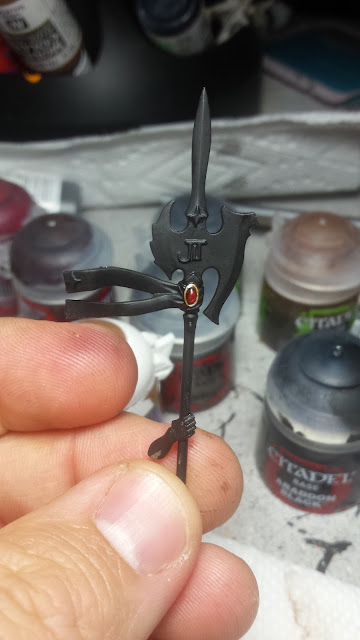 After a quick touch of gold around the edge trimming, it looks all nice and pretty.

Until next time! Til then you can catch me on Twitter and Instagram @ryglore. Thanks for reading!