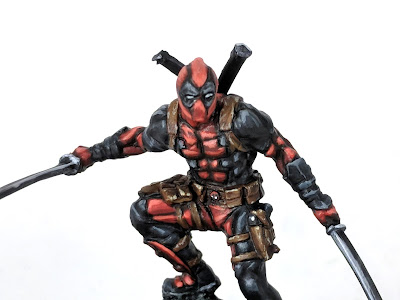 There's been a lot of Monday posts lately that have been old models. Let's take a look at a newer one, and by newer I mean very, very new.


This week, we are taking a look at Deadpool from the Marvel Miniatures Game by Knight Models.