The All New Let's Paint: Round 3 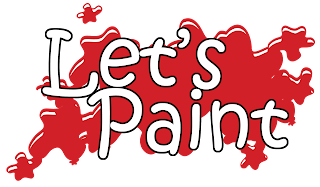 The time has come to update Let's Paint once again.

Over the last few months I've been watching the stats for the YouTube channel and finding that having videos split into sections isn't doing as well as I had hoped it would.

I had assumed that the episodic nature of the newer version of the videos would be a hit, as they were broken up into smaller chunks and the time lapse was slower, making it easier to see what was going on. Unfortunately, that doesn't seem to be the case and I needed to rework the channel to make it better.


In recent weeks I've been trying to find ways to improve Let's Paint and make it more interesting and more viable as a Patreon supported channel. In its current form, I must admit, there's not much there to make it worth while to folks. Especially when you consider all of the great content out there now a days.

The solution was in front of me all along, though I neglected to acknowledge it. It's been obvious to me that I needed to do tutorials, but I resisted for months because my first video tutorial was a brutal struggle to make.

Then I realized that I can treat recording sessions like I would streaming and talk about what I'm doing as I paint, rather than add voice after the fact. Then, just cut out what I don't need and viola!

Here is the plan:
I've done a couple recording sessions so far, using the Blood Angels Terminator Captain and the Redemptor Dreadnought. I've also editing the first two videos from the BA Captain sessions and I am happy to say that I think I have something that I can really be proud of.

The entire batch of  BA Captain episodes will go live on Patreon on Monday, Nov 26th. Patrons gain access to entire series of episodes in one go in a private playlist, for just $1 per month.

The first episode will also go public on YouTube on that same day and each following Monday a new episode will go public until the series is finished. From there a new series featuring the Redemptor Dreadnought will start.

I can't wait to share the new Let's Paint, I feel like it is in a much better place now than it has been.