It's Thursday! That means we jump into the time-stream and go back to revisit some of my older miniatures and projects. It's Throwback Thursday! This week, we're talk about Karados and elven druid that was a cohort for a character of mine in 3.5e Dungeons and Dragons. 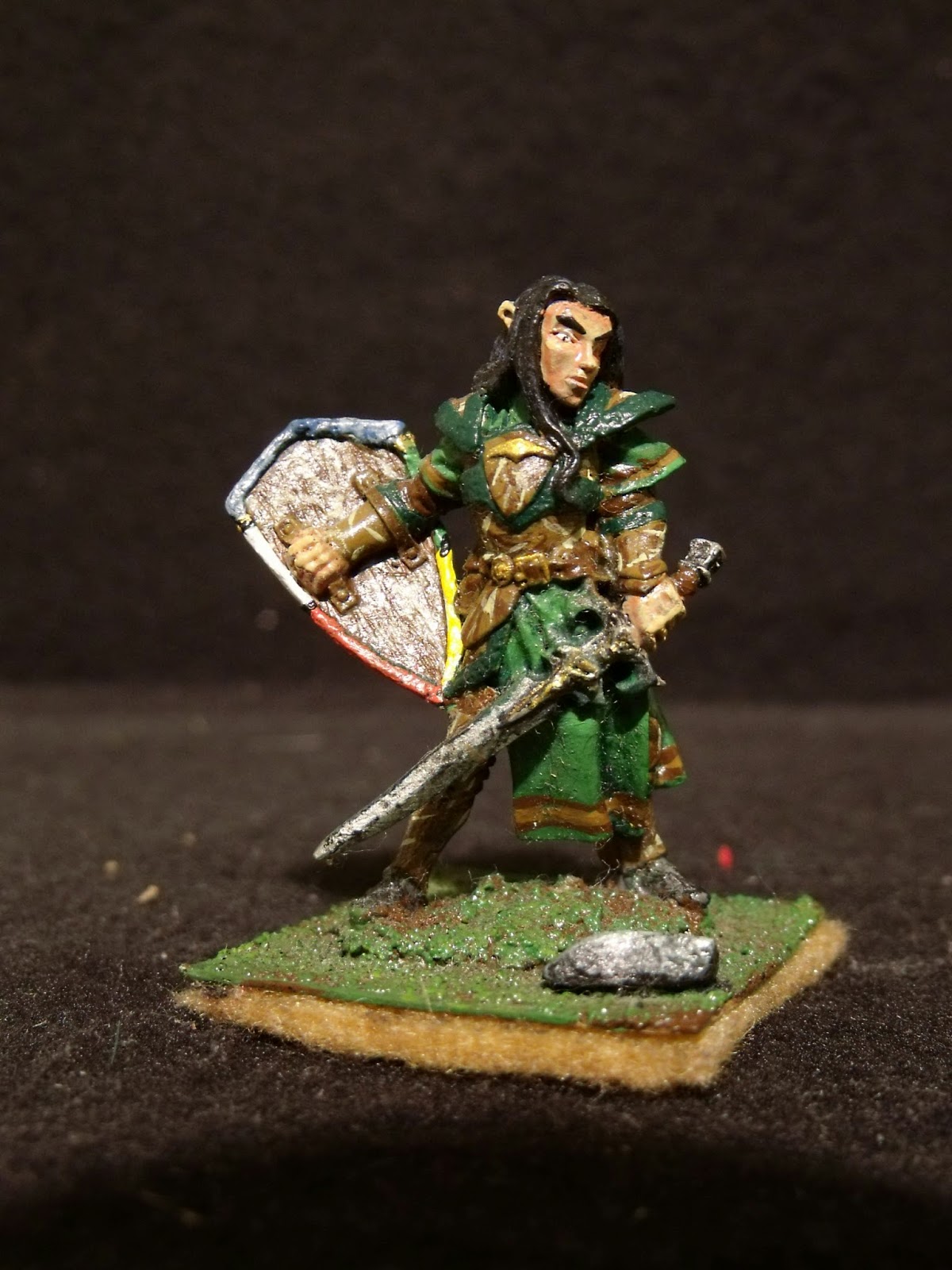 One of our longest running campaigns in 3.5e D&D started with only myself and my cousin running characters. He had an Orc Fighter and I had a Drow Fighter, we started as mercenaries working any job we could find. By the time we reached level 7 we needed more help and both took the Leadership feat. I forget who my cousin's cohort was, but my cohort was Karados. That way we had some healing and his shapechanging abilities to help with combat.

This is actually the 2nd time I had painted this mini. I kept his armor away from a lot of metallics, because druids couldn't wear metal armor, and I think it worked really well in this case. 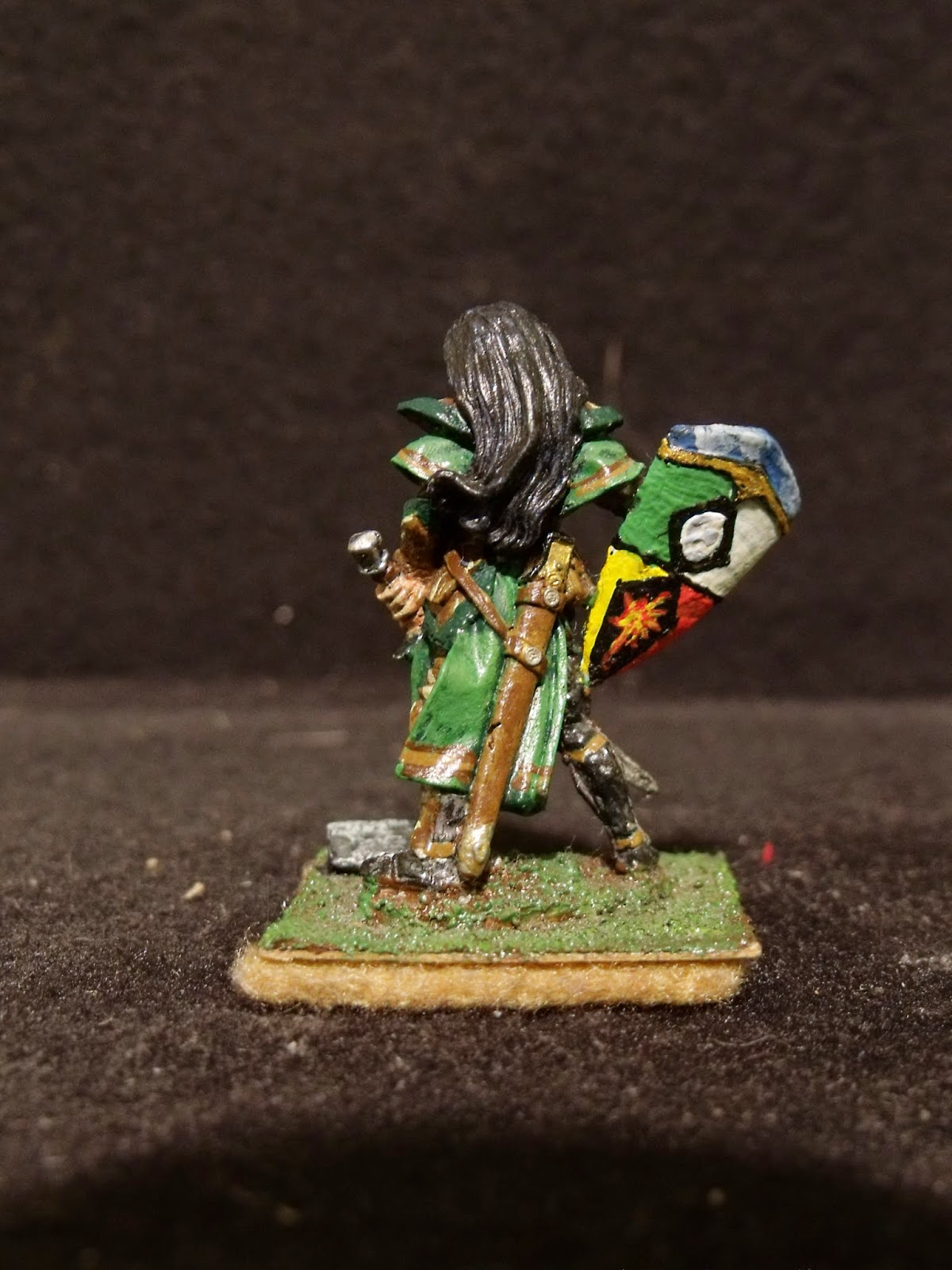 His shield is also one of the first times I ever attempted freehanding. It is separated into quadrants, green, yellow, red and white for Spring, Summer, Fall and Winter. In the center are the Moon and Sun, with the upper edge in blue with white for clouds. I think it turned out rather well.

His base is a very, very early custom base. Back in those days, I'd cut cardboard from cereal boxes or other products, glue sand on to it and paint it. Sometimes with a rock and sometimes without. Then the bottom is covered in felt, usually with the name of the character on the bottom.

I liked Karados, he lasted a long time in the campaign, until I changed characters and started playing my Paladin. Since he was no longer tied to an active character he left the party and was never seen again.

If I ever get to play D&D as a player again, I might make a new Druid and continue the adventures of Karados.
Posted by Scott Ferguson at 10:09 AM
Email ThisBlogThis!Share to TwitterShare to FacebookShare to Pinterest
Newer Post Older Post Home