It's been a while since I've posted anything. But I am still doing projects! Currently I'm working on a Warhammer 40,000 Ironclad Dreadnaught for a group army project. This is a Space Marine army based on the Rainbow Warriors chapter of space marines.

There's a pretty sizable group of us, some donating models and some donating chair time at the painting desk. I am in the latter group.


I received the Dread sometime around Wednesday last week and went to work assembling and cleaning the model. I went ahead and put it together in sections. Legs, torso, arms.

Originally, I had planned on painting up all the options. But I decided that I would do instead do just the power claw and seismic  hammer arms instead. This was done, because I plan on doing a custom paint job on the right arm and shoulder in the form of ancient Central American native art.  If I were to do all the arm options, I would need to do the tattoo work for both right arms and I'm not really feeling that idea. So I decided to stick with a single load out instead.

I also decided to add in the Hunter Killer missiles. While painting them, I thought it would be a great idea to paint the tips red, with a white stripe. Well, when they were all done, they ended up looking like Nemo from Finding Nemo. It was unintentionally funny and got a lot of jokes when I posted the pictures of them on Twitter.

As of right now, he's nearing the finish line. I just need to finish working on the left arm assembly and do some detail work. Here's some pictures of him so far. 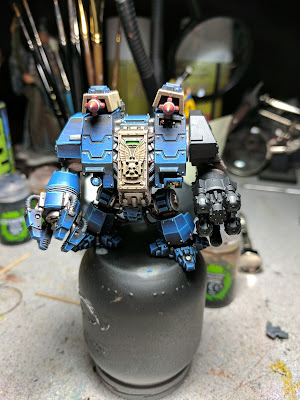 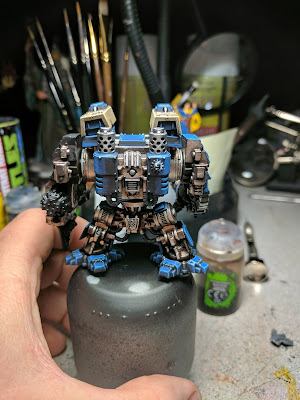 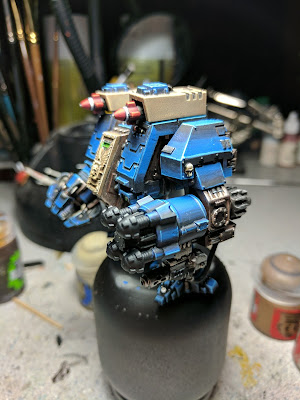 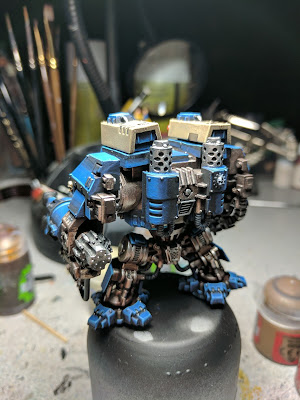 That's it for now. You can see it progress more as I'm working on it later tonight on Twitter!