This week, we're still on the Admech train as I work my way through my Adepticon army list. I've finished the black armored robot, the Datasmith, modified a Sydonian Dragoon and started on the next group of Skitarii Vanguard!

Such progress, much wow. Let's take a gander. 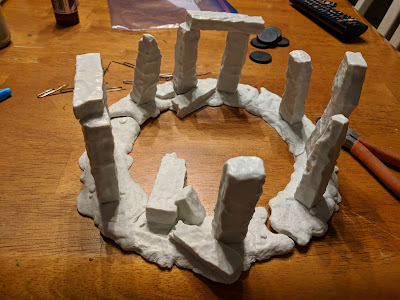 That's it for now. It's been a pretty productive week.

Tonight, I'm headed to the game shop for our weekly painting hang out and will be working on some terrain. You can see progress from that on Twitter and Instagram.