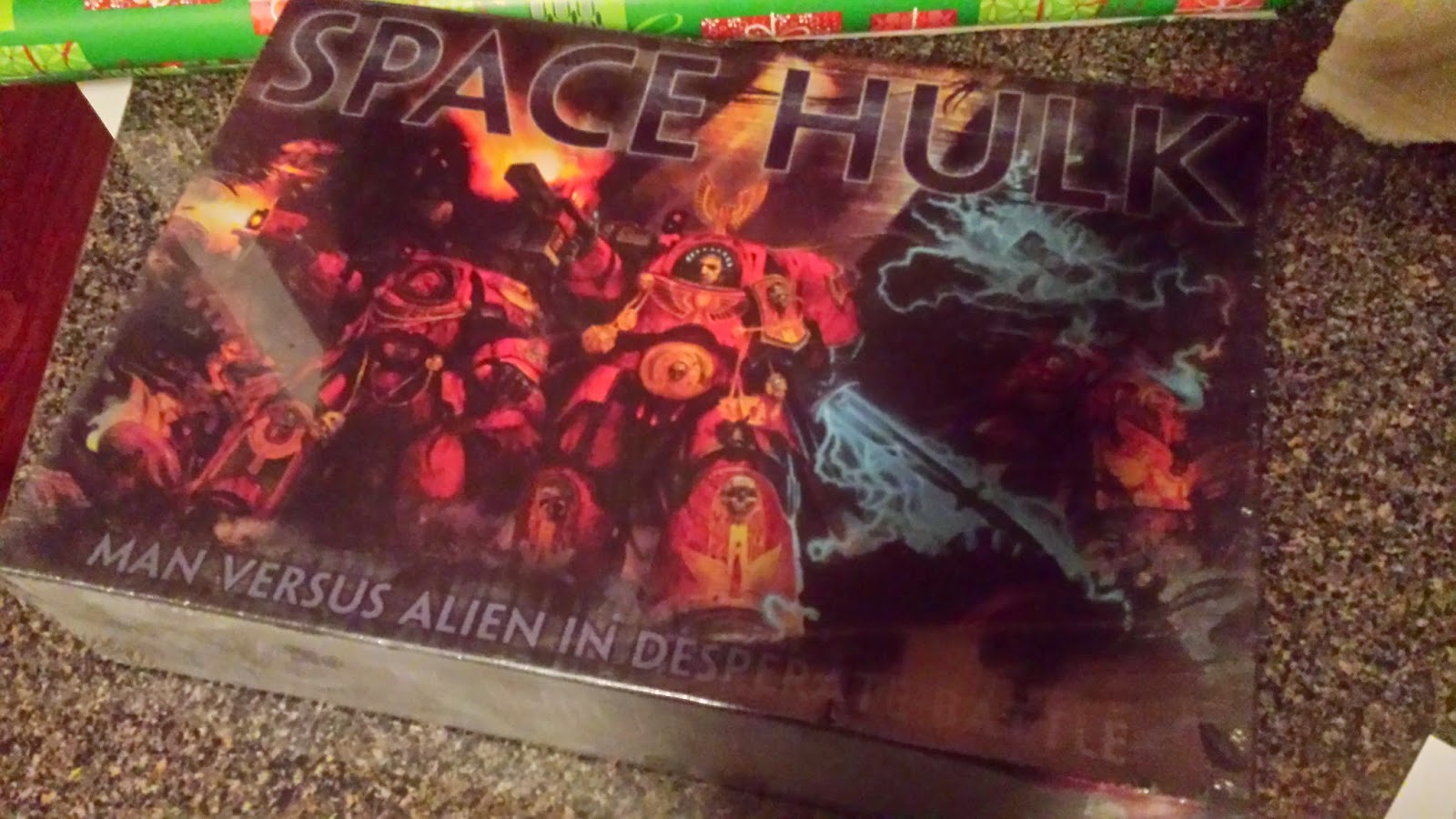 Finally, I've gotten my hands on a copy of Space Hulk! I've been wanting to get a copy for years and missed out on it back in 2009. Those copies were going for close to $300 at one point and there was no way I was going to pay that much for it. But it's definitely one of my grail games.

Luckily Games Workshop put out a new 4th edition version of it. I didn't know about it until I started noticing some of the folks that I follow on twitter posting pics of it. I had thought that maybe it was a a fluke and that they were talking about 3rd edition.

But I had though that I missed out on it again, because it's usually super limited. So on a whim I checked Games Workshop's site and found that they still had copies on sale. Apparently they had a 2nd shipment come in and once that is gone, it's gone. So, against my better judgement, I hopped on it.

It arrived about a week ago and I got to work on putting it together. But as of right now, I only have the Space Marines assembled. Once Christmas is over I should be able to get to work assembling the rest of the Genestealer models.

No idea when I'll get around to painting them all, since I still have to finish the Super Dungeon Explore stuff. But damn I am glad I finally have it.