After a break for Thanksgiving, Throwback Thursday is back! That means we jump into the time-stream and go back to revisit some of my older miniatures and projects. This week we are taking a look at one of my favorite Warhammer 40k models, the Space Marine Dreadnought. Dreadnoughts are bad ass, they are basically cybernetic sarcophagi housing the remains of a Space Marine and allowing them to continue to battle after they body has been ravaged by war. 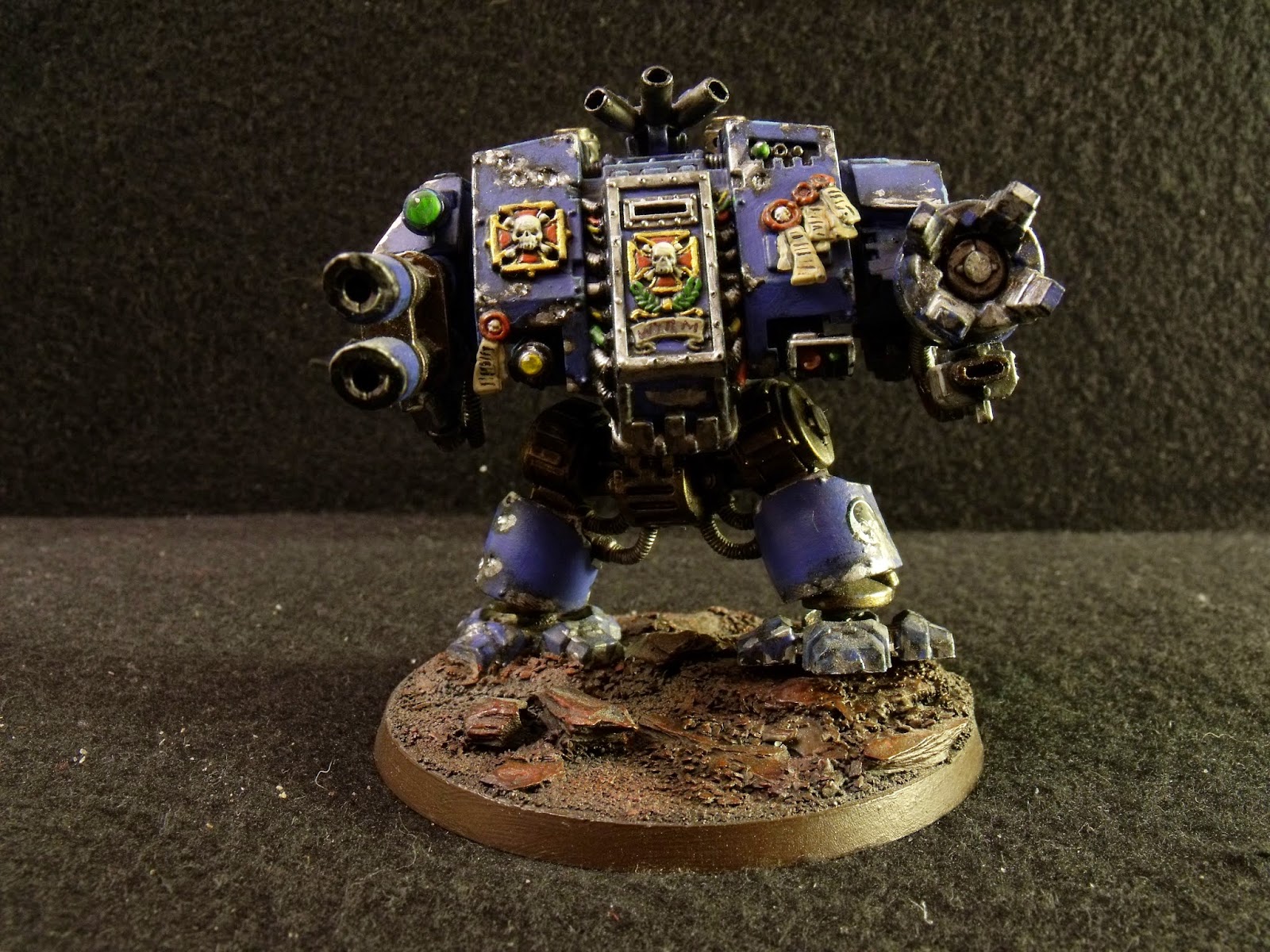 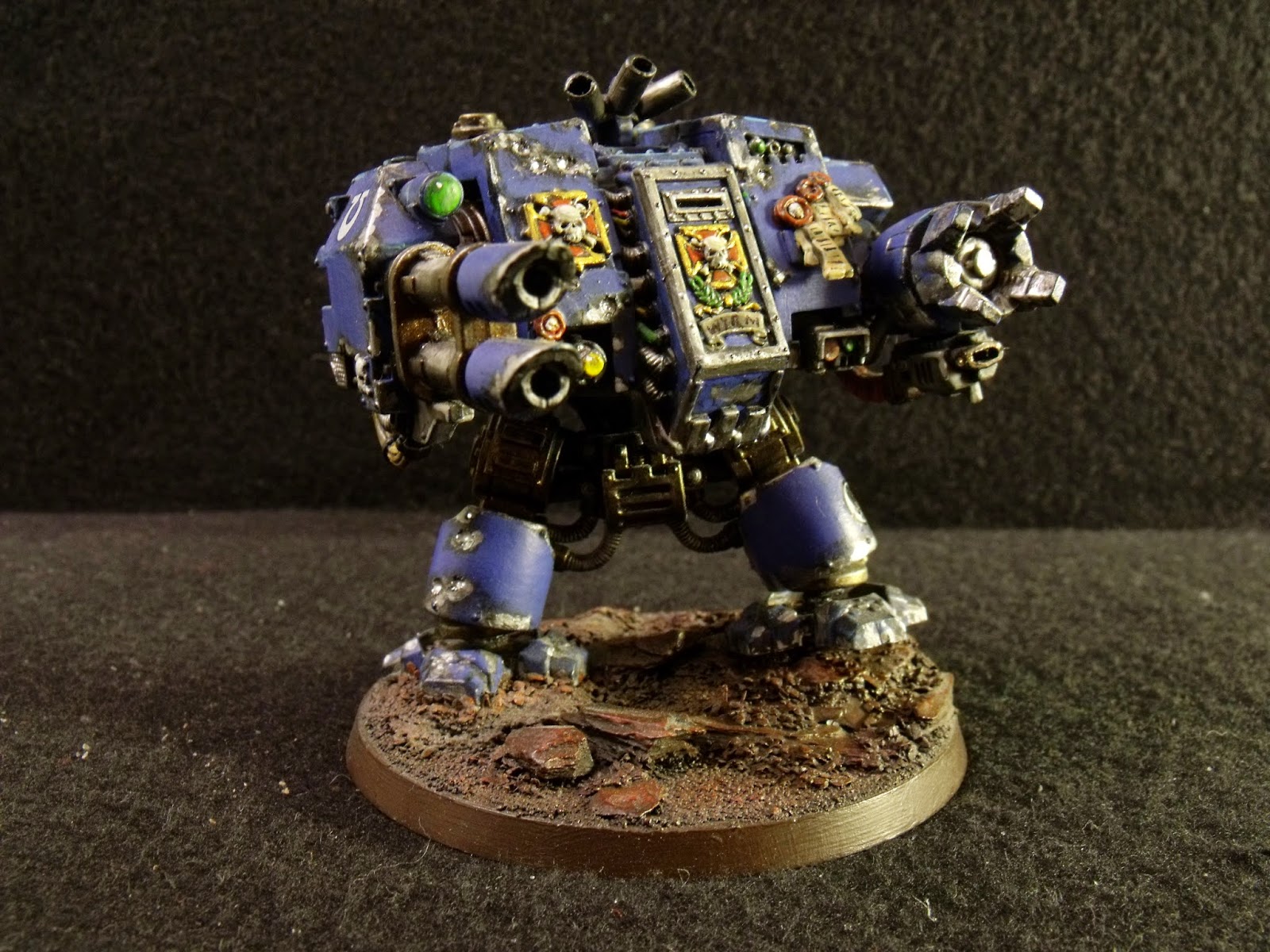 I'd wanted to paint up one of them for a long time, and after playing the crap out of Warhammer 40,000: Dawn of War 2, I knew I had to pick one up. Originally, I had planned on doing a scenic base for it, but at this point in time I was still kinda new to the idea of making large scenic bases. So I went with the included, cracked earth base instead. I do have the Space Marine's Codex and one of the Omnibus collections, but I don't really know a lot about all the different factions, ranks and markings that go into a Space Marine Chapter. With that said, I went with the most common, the Ultramarines. Then, I just used the characters from Dawn of War 2 for ideas on what I needed to have on it. 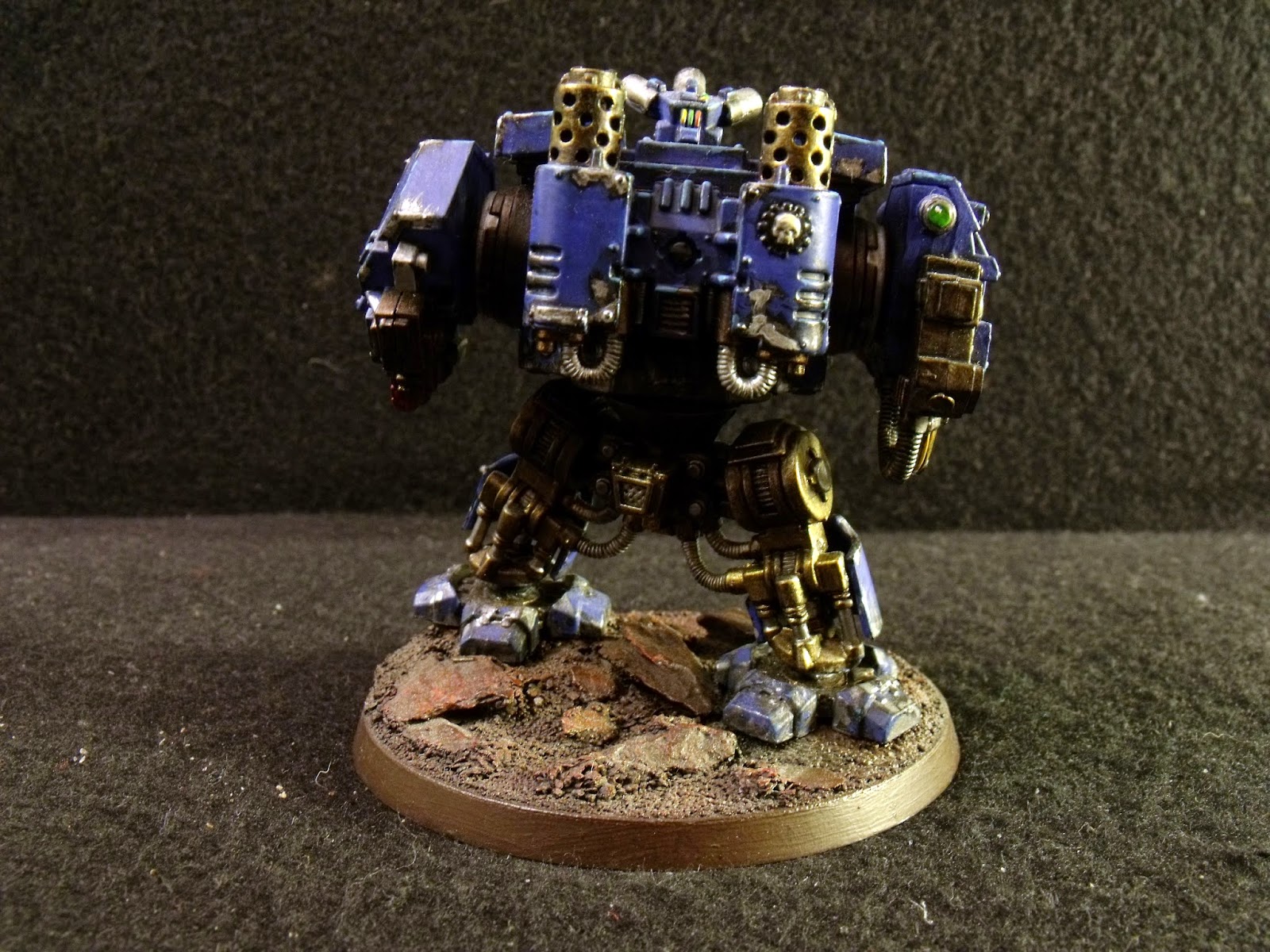 This guy has a lot of details on him, and I made it a point to try to pick out every last one of them. From the wiring and servos, to the purity seals. Plus it came with water transfer decals for extra markings, which made it super simple and easy to mark them, rather than hand paint. And finally, I added scrapes and bullet holes to the armor plating, to give him a better battle hardened look.

I really like how he turned out, and I want to get another one for a second project. But some of the GW models are spendy and I can't justify the expense currently.