It's Thursday! That means we jump into the time-stream and go back to revisit some of my older miniatures and projects. It's Throwback Thursday! But it's not any Thursday, it's Christmas day! This week, in celebration of Christmas we are going to take a look at Reaper Miniature's 2002 Christmas Sophie. 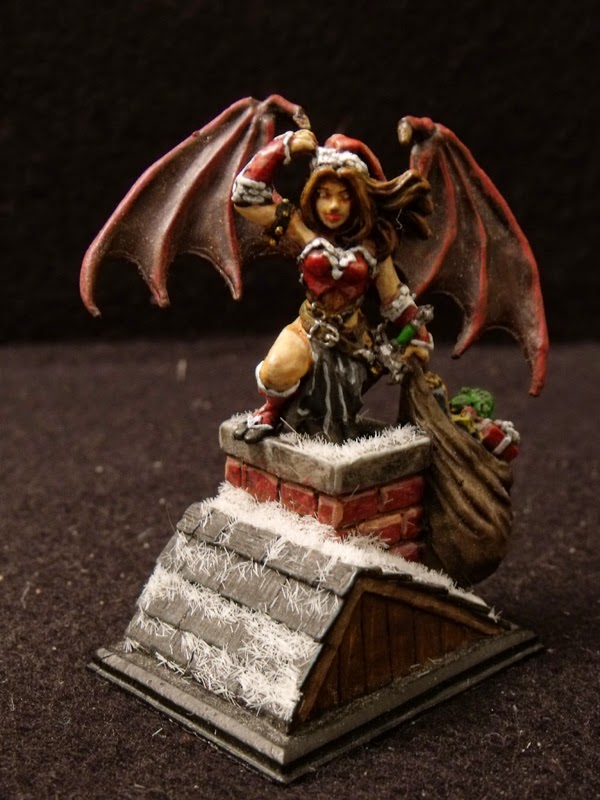 Reaper's mascot is a succubus named Sophie and over the years they've release various special release miniatures of her, some for ReaperCon, some for Halloween and even some for Christmas. Years ago, I ordered up the 2002 Christmas mini and painted it up. But the results were, less than great. Then, probably 5-6 years ago, I stripped the paint off of her and restarted.
This time, I was able to do a better job on her skin and her wings. I picked out details better and did a lot better job on painting her presents. Also, rather than using sand for snow, I used GW static snow instead. Which makes the snow parts look a lot nicer. 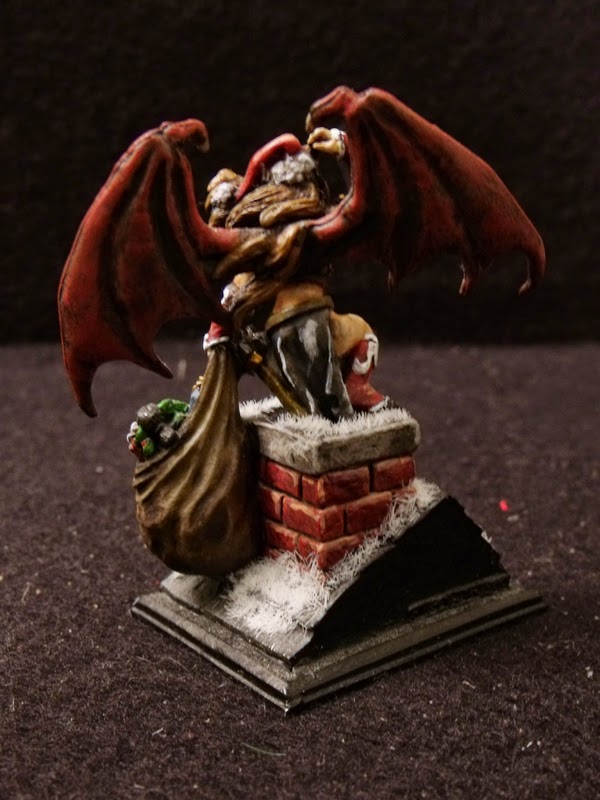 This was the first Sophie miniature that I've ever owned as well and since then I've been able to pick up the ReaperCon minis (thanks to Kickstarter) and ordered up the recent ones as they've released. There are a bunch of special holiday models I wouldn't mind getting, and maybe eventually I'll get them and convert them into tree ornaments.
Posted by Scott Ferguson at 1:19 AM
Email ThisBlogThis!Share to TwitterShare to FacebookShare to Pinterest
Newer Post Older Post Home