The Prismatics are a neat concept. A Prismatic Knight can lead a Cadre mixed with any of the 3 factions it has affinity with. Currently, the only models Prismatics can include in their Cadres are uniques, so you won't see Harbonath leading Diamond Corps. troopers or Candy leading the Hell's Belles. When these were all announced, I knew I had to pick them up, for anything the extra options in team building, even if it's a minor upgrade. It also helps that one is of Candy and Cola and I couldn't pass them up. 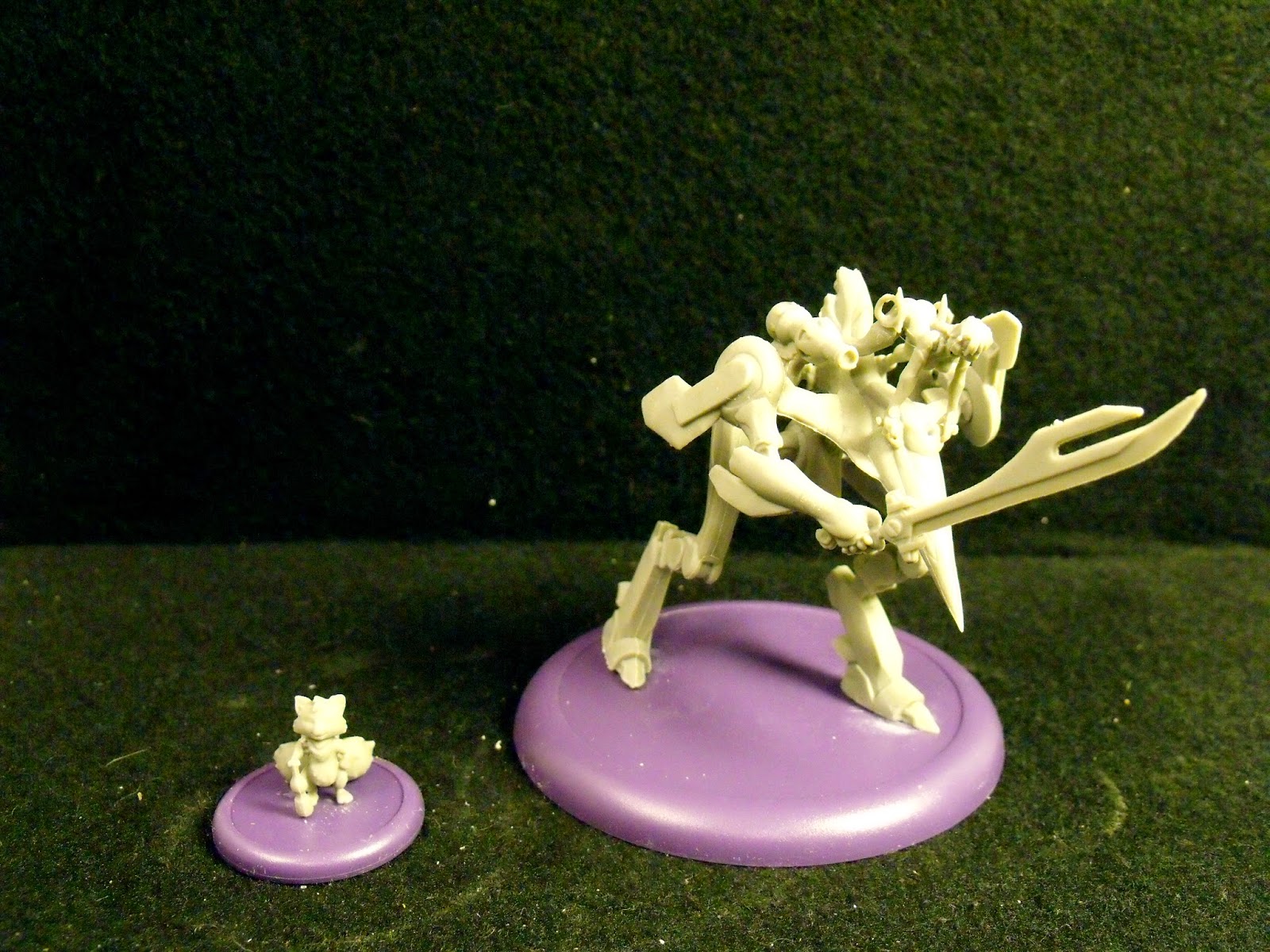 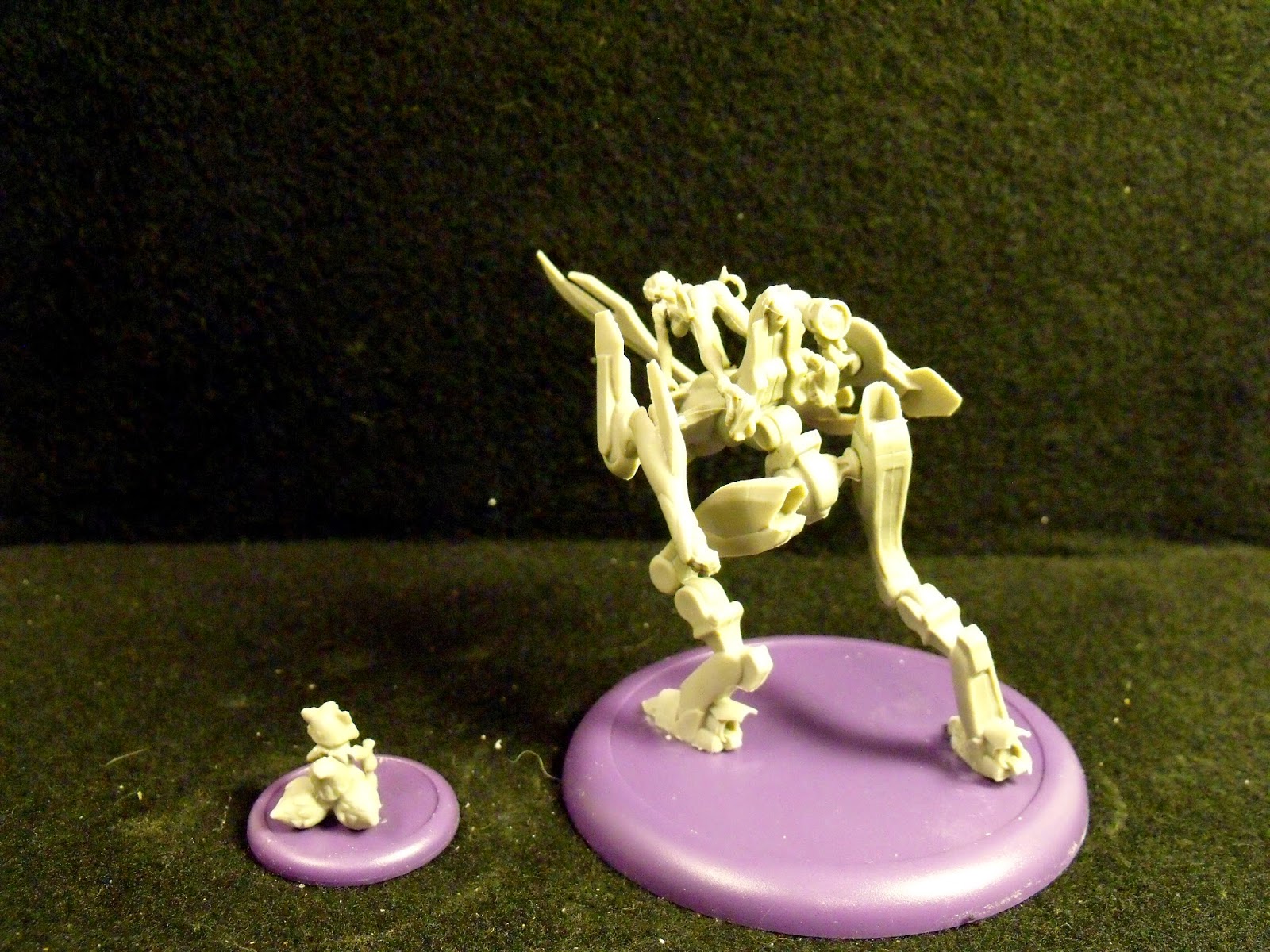 Candy is the Radiant Relic Knight, she has affinity with Essence, Creation and Law. So, she can recruit any models that share that affinity, which would be Cerci, Doctrine and Shattered Sword uniques. I like her model and think it's funny that she's in same pose that Princess Malya is in... but I don't remember her getting any crap about it from the masses. Cola's mini is a nice one of him holding a soda bottle. But like the rest of the the Cyphers in game, he is a little small. 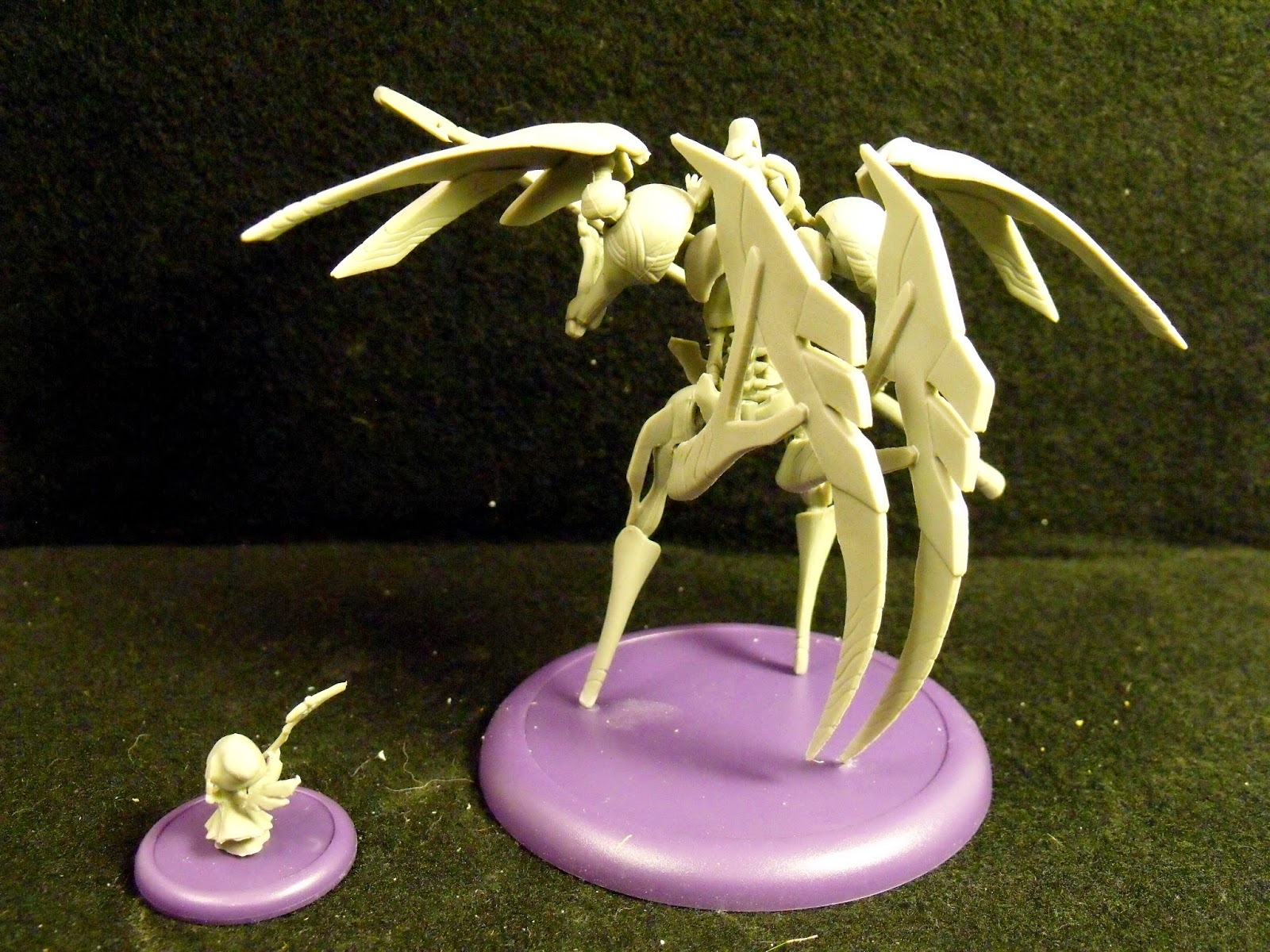 Harbonath is the Void Relic Knight. His affinity is Chaos, Corruption and Entropy. Which means he's recruiting from Black Diamond, Noh Empire and the Star Nebula Corsairs. He's pretty bad ass looking. But I don't know if I got 2 of the same wing or if his wings are just like that. But look at that scythe! His Cypher, Keruv is possibly my favorite Cypher out of all the ones I have. But then again, I've always been partial to grim reapers. 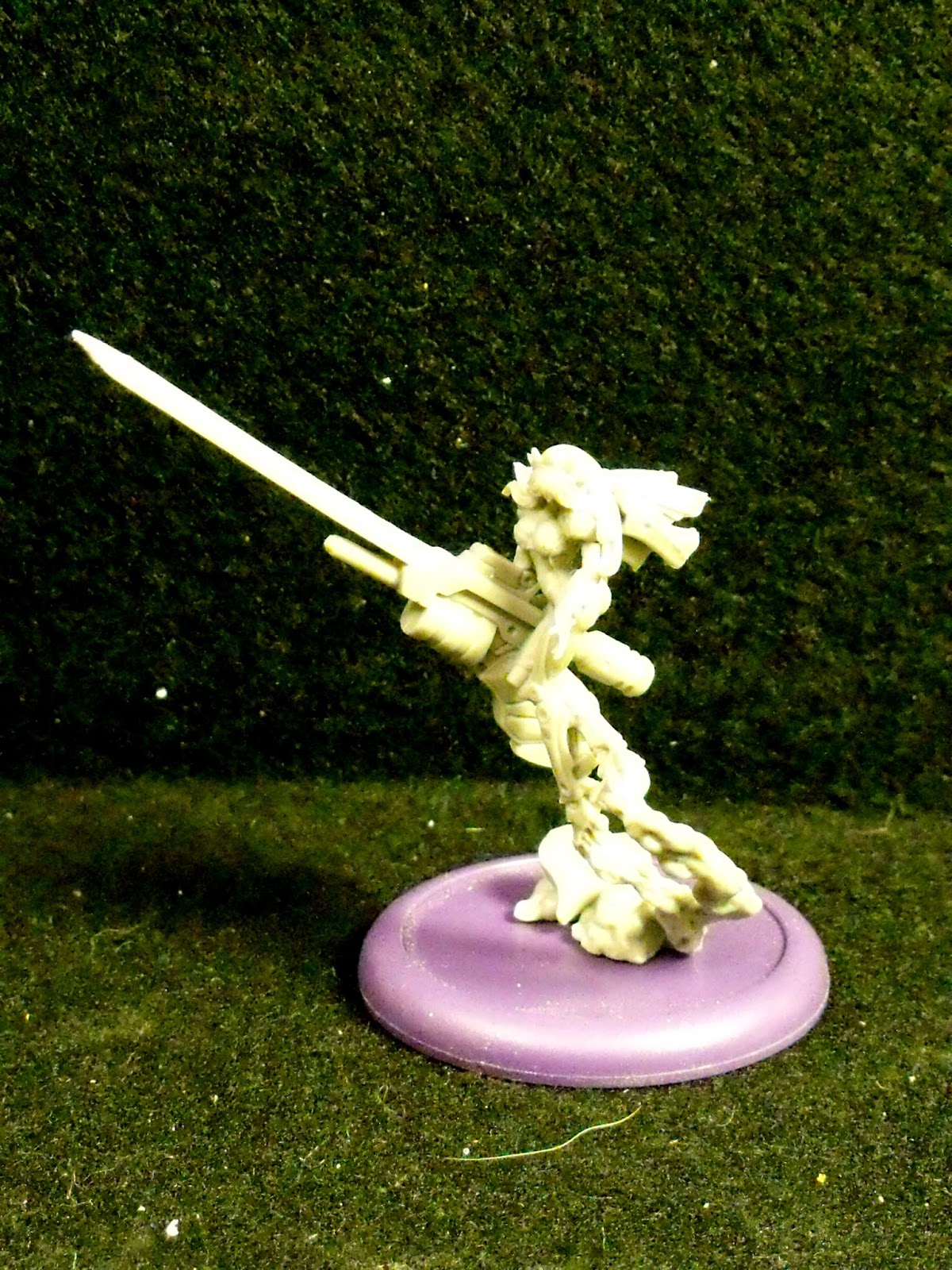 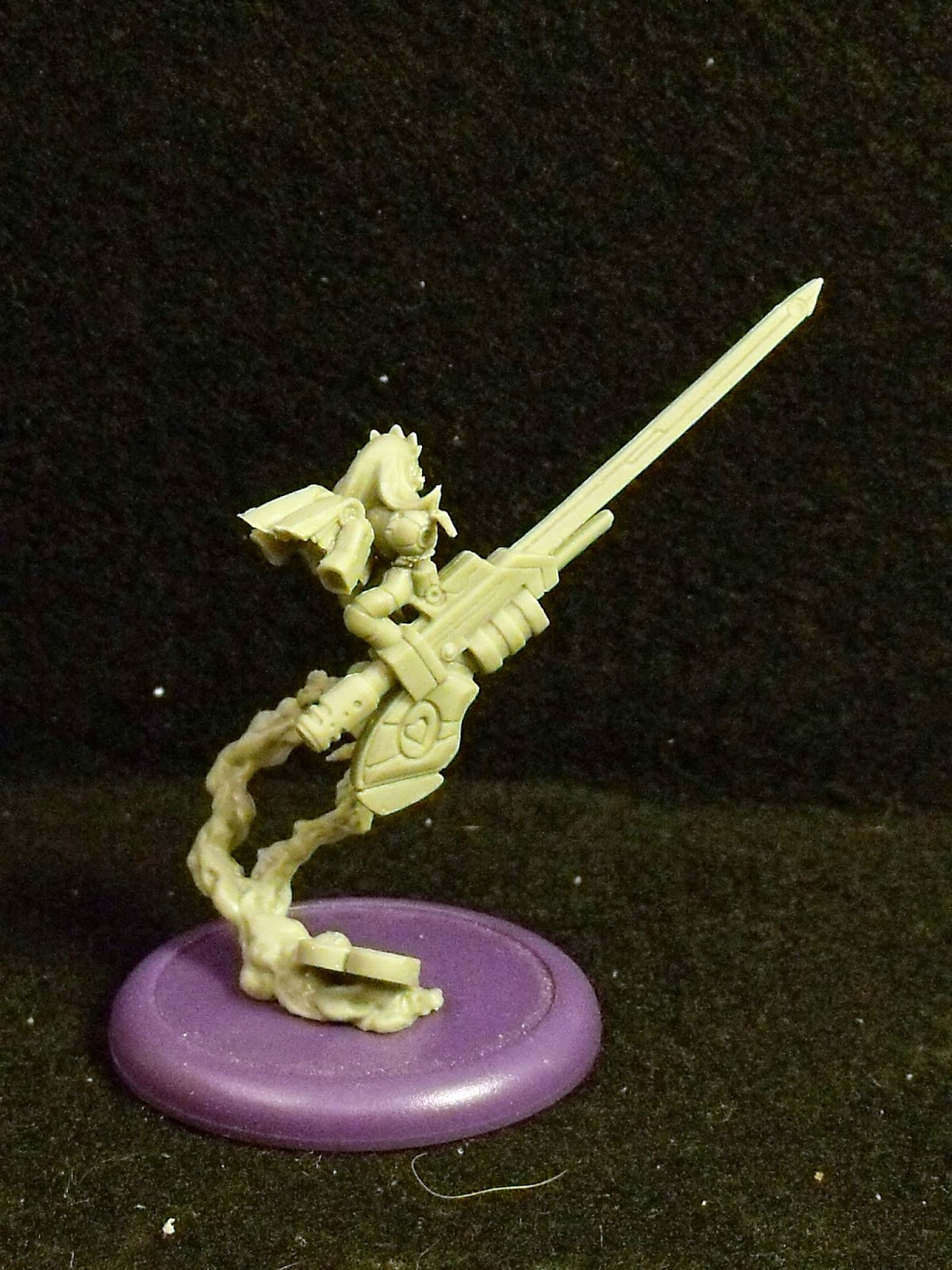 Radiant Unique, Cordelia Clean is only usable if you are running Candy as your Knight. But she's pretty sweet looking. And I like her so much more than her concept art. I had a hard time with her jet pack, and I couldn't figure out how it was supposed to go. Her rifle is pretty sweet too and it's beefy, so no worries about it bending at all. 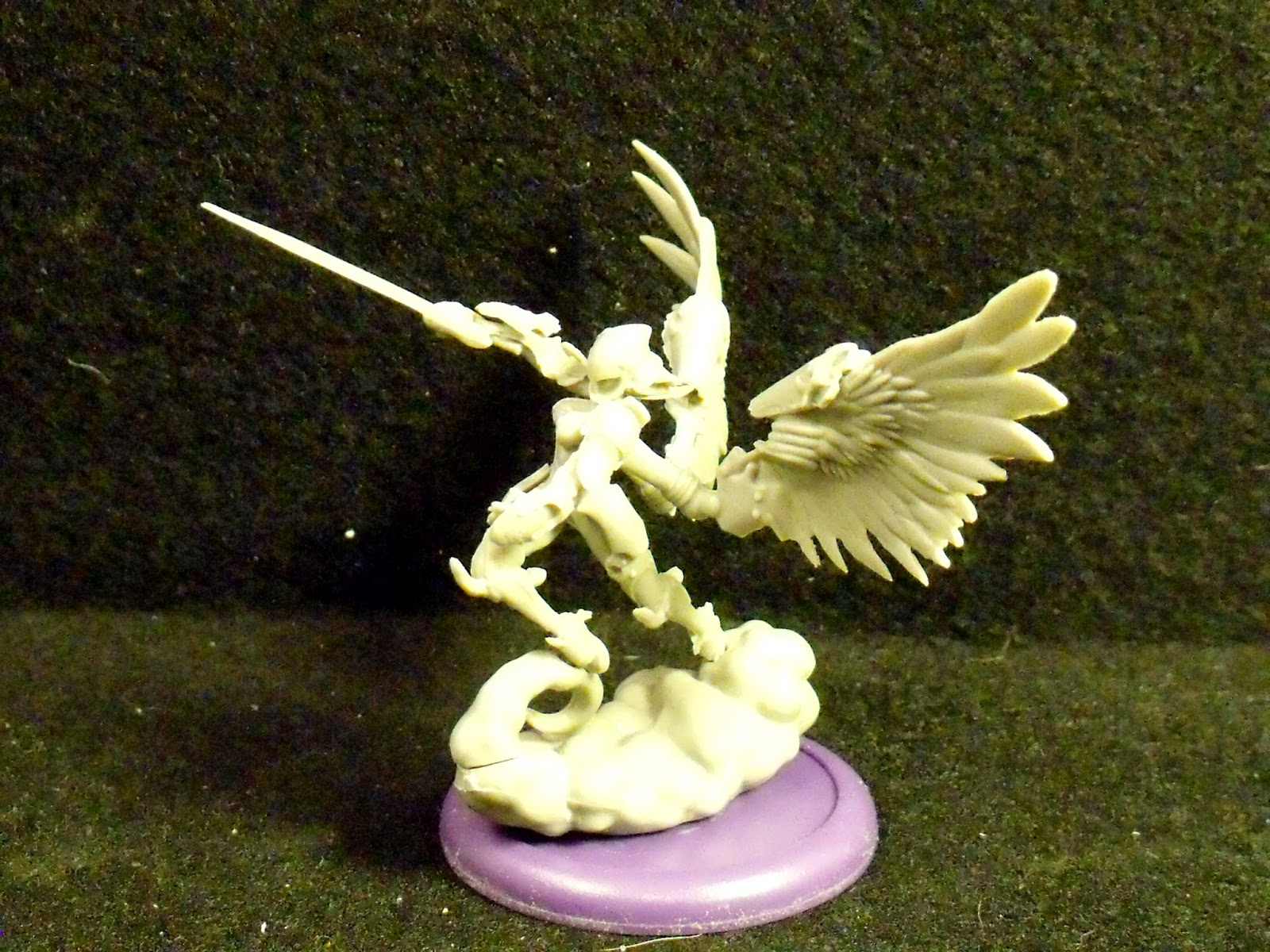 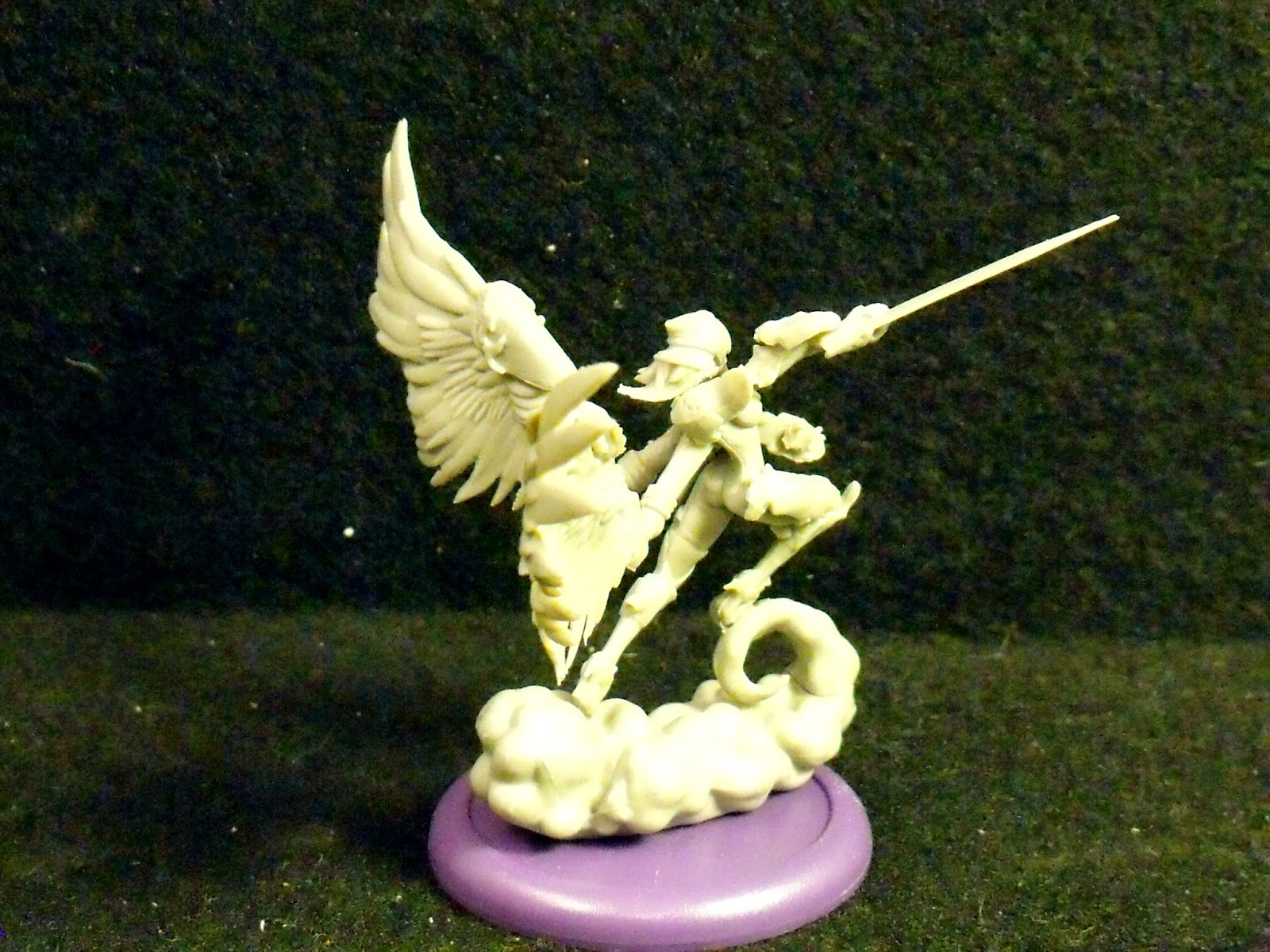 Amelial is the Void Unique and she is bad ass looking. When I saw her preview model I was instantly sold. Those wings look great and I like her armor. Plus it has some sheer sections to it, so painting that will be fun stuff. Like Cordelia Clean, she can only be fielded when using Harbonath as your Knight, which is a shame... I'd field her in every game if she could be used with Noh or Black Diamond Knights.

I'm really pleased with these models. It's kind of sad that you can't field non-unique units with your Radiant or Void Knights, it brings the number of options down a tad. But, the good news is you CAN use your Darkspace variants with the Prismatics since they are uniques. And that should give you a few more options... if you got the Darkspace Models anyway.

We're 5 days in and it's nearing the end. There's still 2 days left though and tomorrow I'll be showing off the sweet sweet Cosplay/ Darkspace Special Editions.
Posted by Scott Ferguson at 12:00 AM
Email ThisBlogThis!Share to TwitterShare to FacebookShare to Pinterest
Newer Post Older Post Home