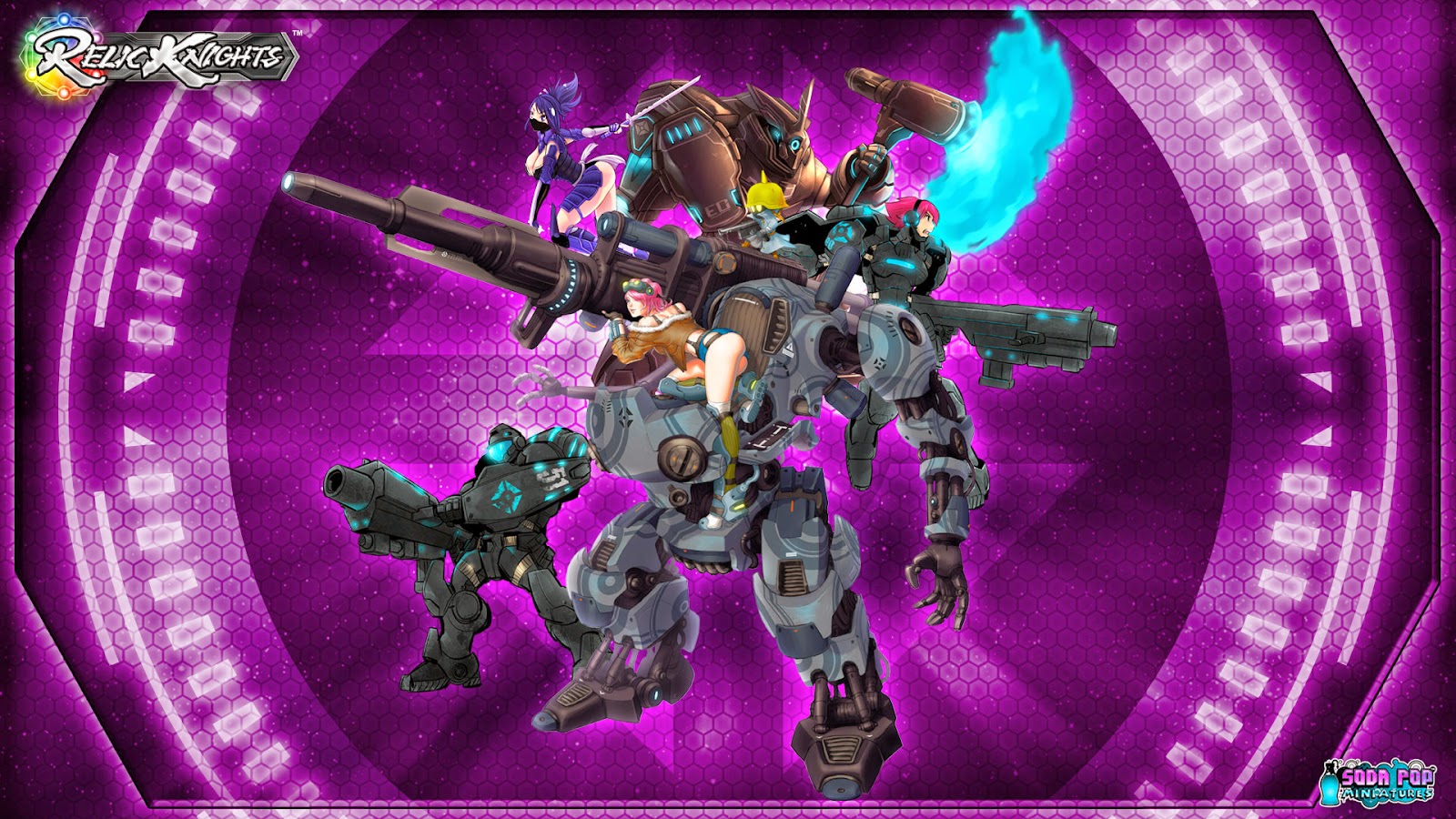 The mercenaries of the Black Diamond Corps are a wholly different group of folks, compared to the Cerci Speed Circuit. These guys are full on futuristic military, complete with AI tanks, soldiers in power armor and even a couple ninjas. They were my second pick when I was looking at what factions I wanted to pick up. In the end, the Black Dragons and One Shot were the big selling point. They're sweet! 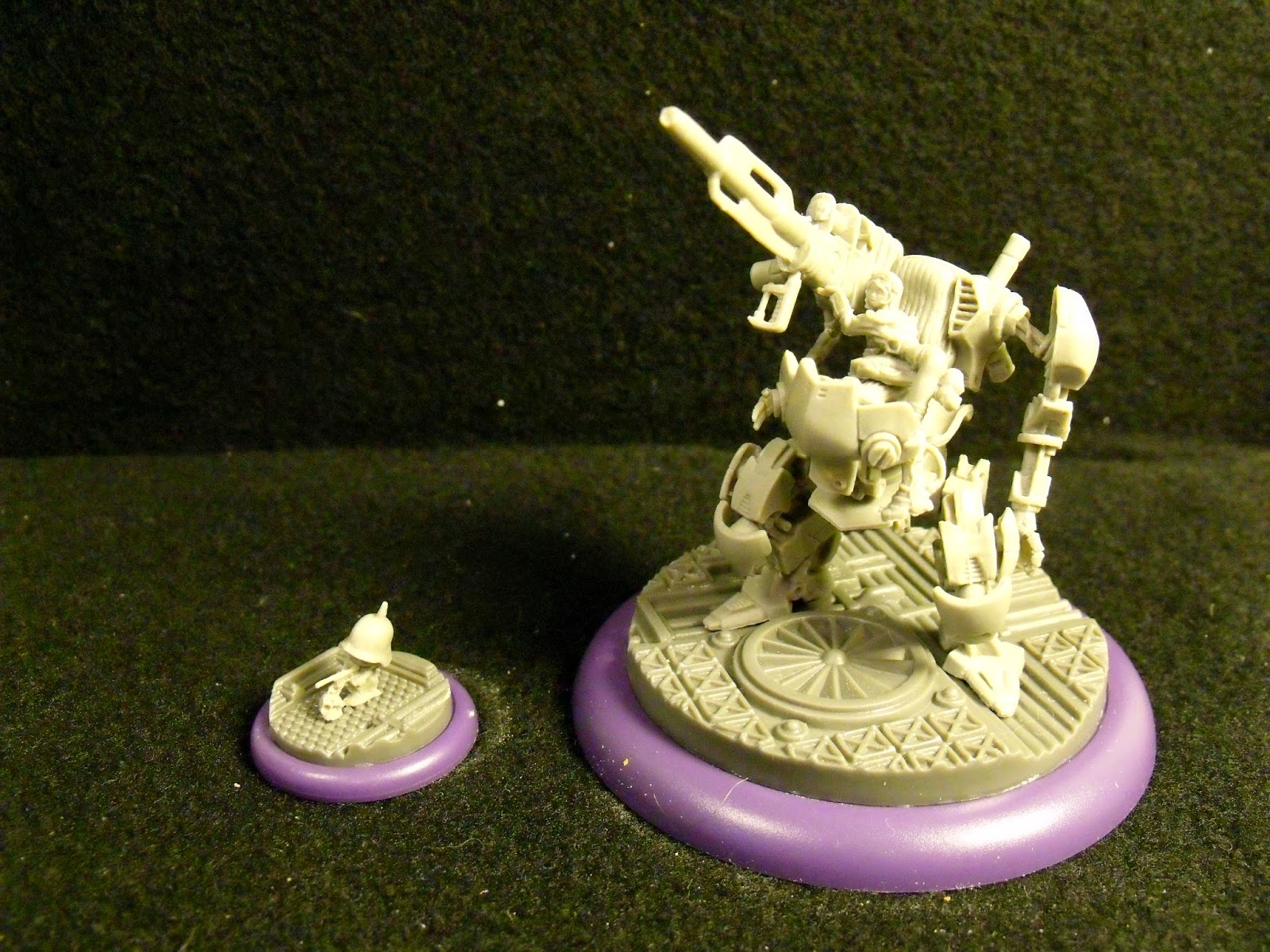 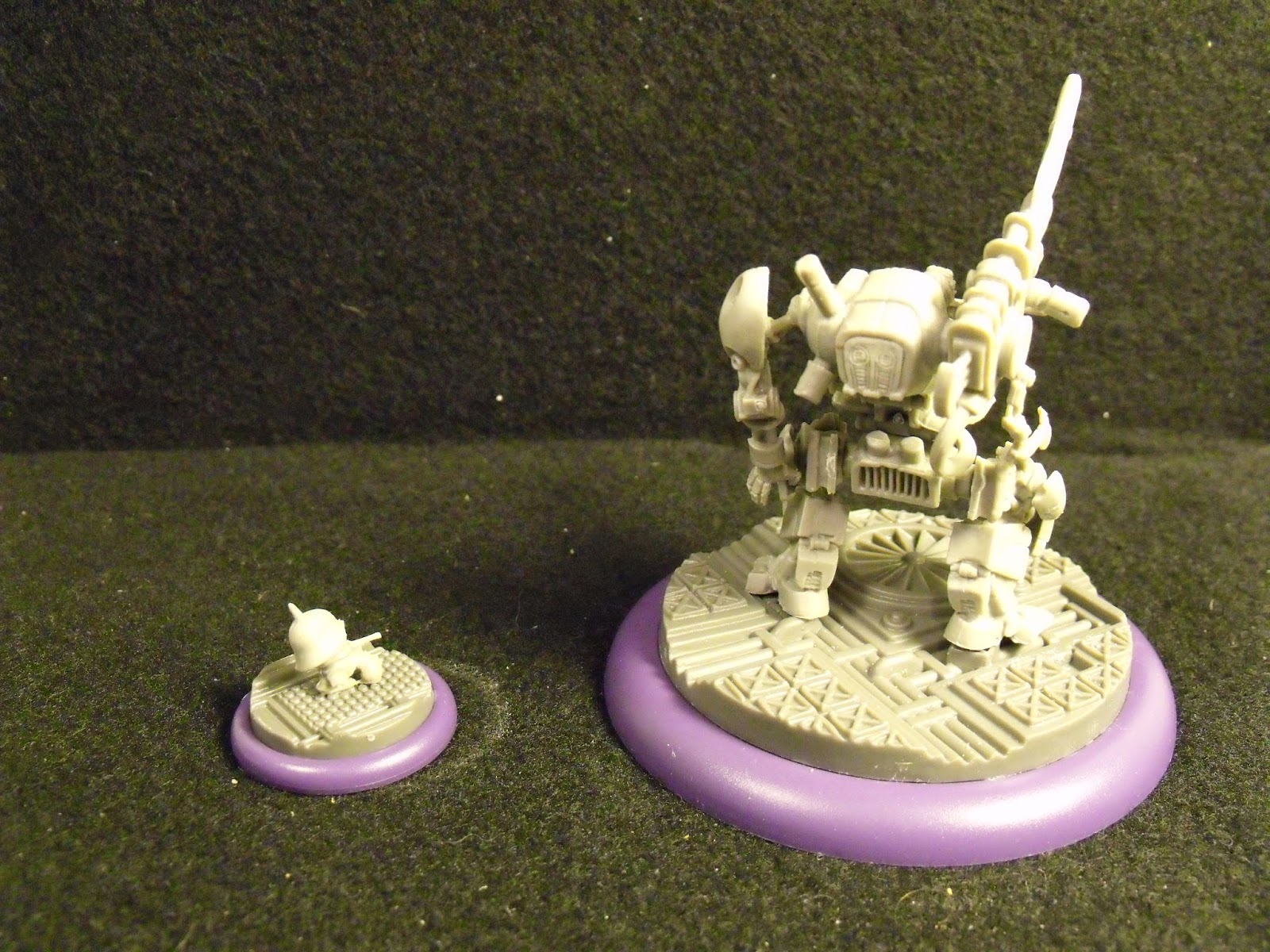 One Shot is the Relic Knight for the Black Diamond Corps. She, like Princess Malya, has an alternate pose available. But I decided to keep the "pin-up" pose for this one. The alternate pose has One Shot pointing out to the battlefield barking orders. But I don't really care for the it though, something to do with the way that her coat is sculpted. Overall I really like the One Shot model, but I think Fritz could have been a bit bigger (really all the Cypher could have been a tad larger). 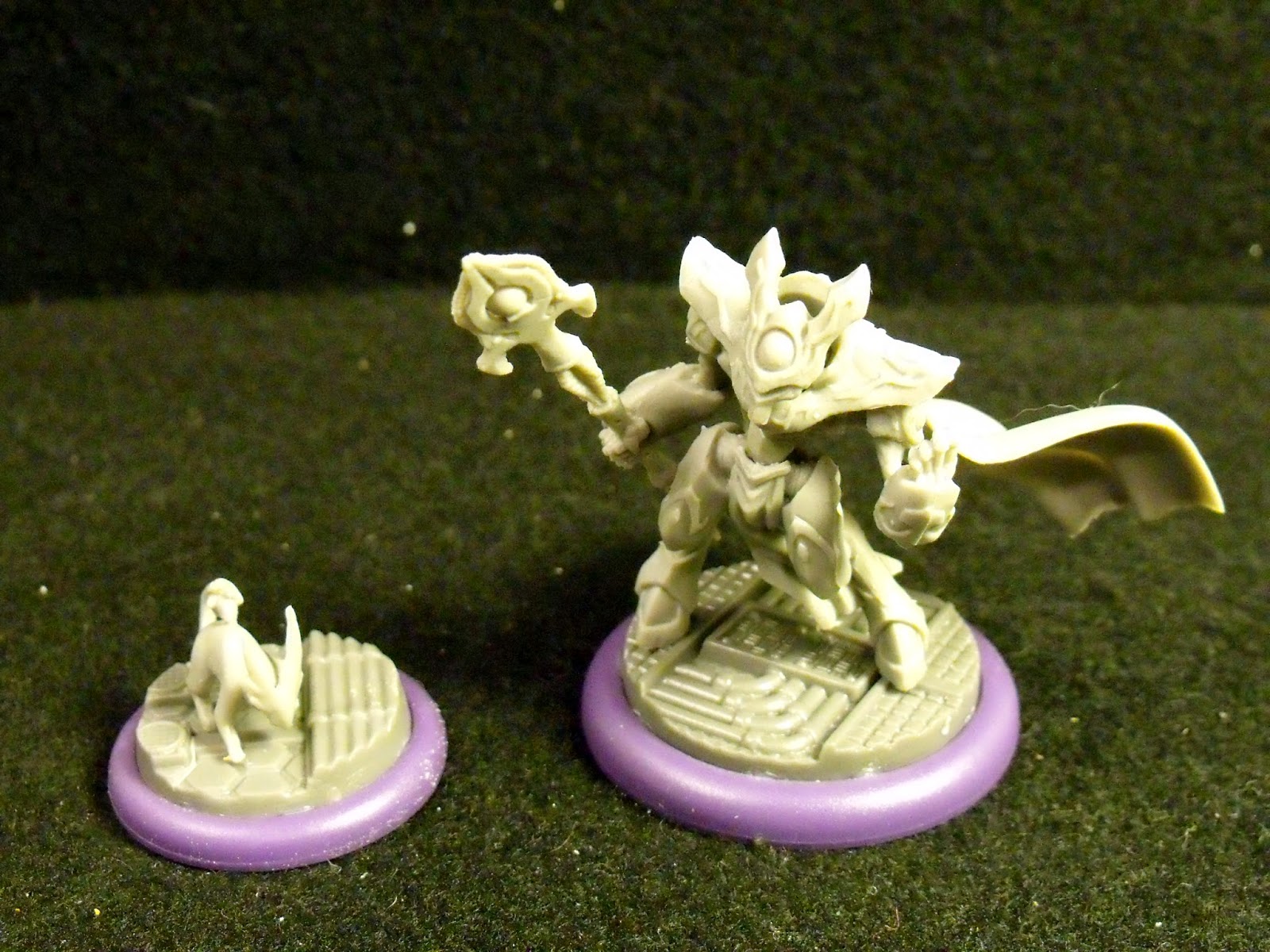 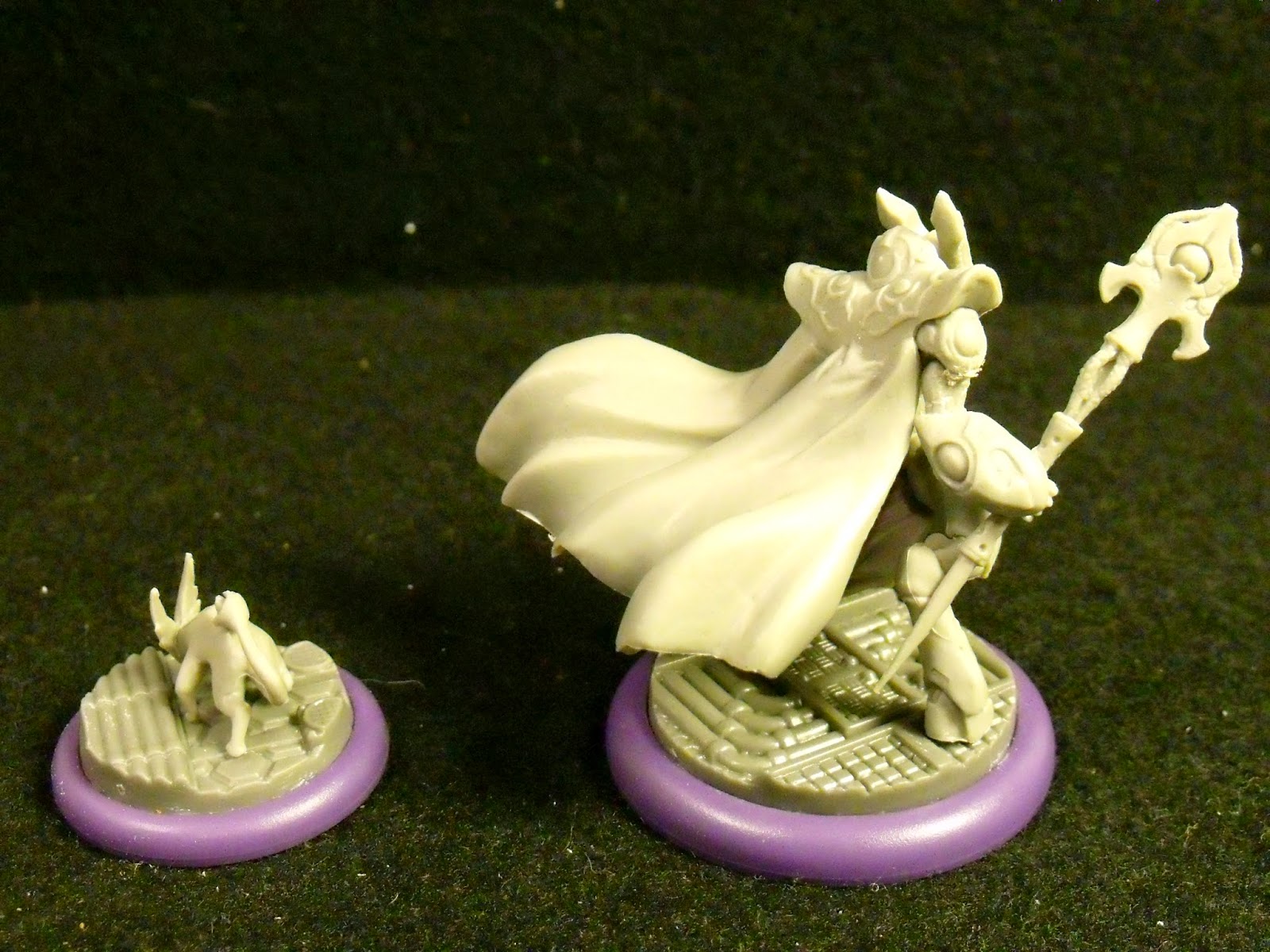 The Questing Knight from the Battle Box, Leopold Magus is a large and imposing figure. He's in full power armor and cloaked, total bad ass. He is not human and one of the more alien characters in the game (other than some of the Corsairs or the Noh). And his Cypher static looks like one of the Eevee evolutions from Pokemon, especially Espeon. 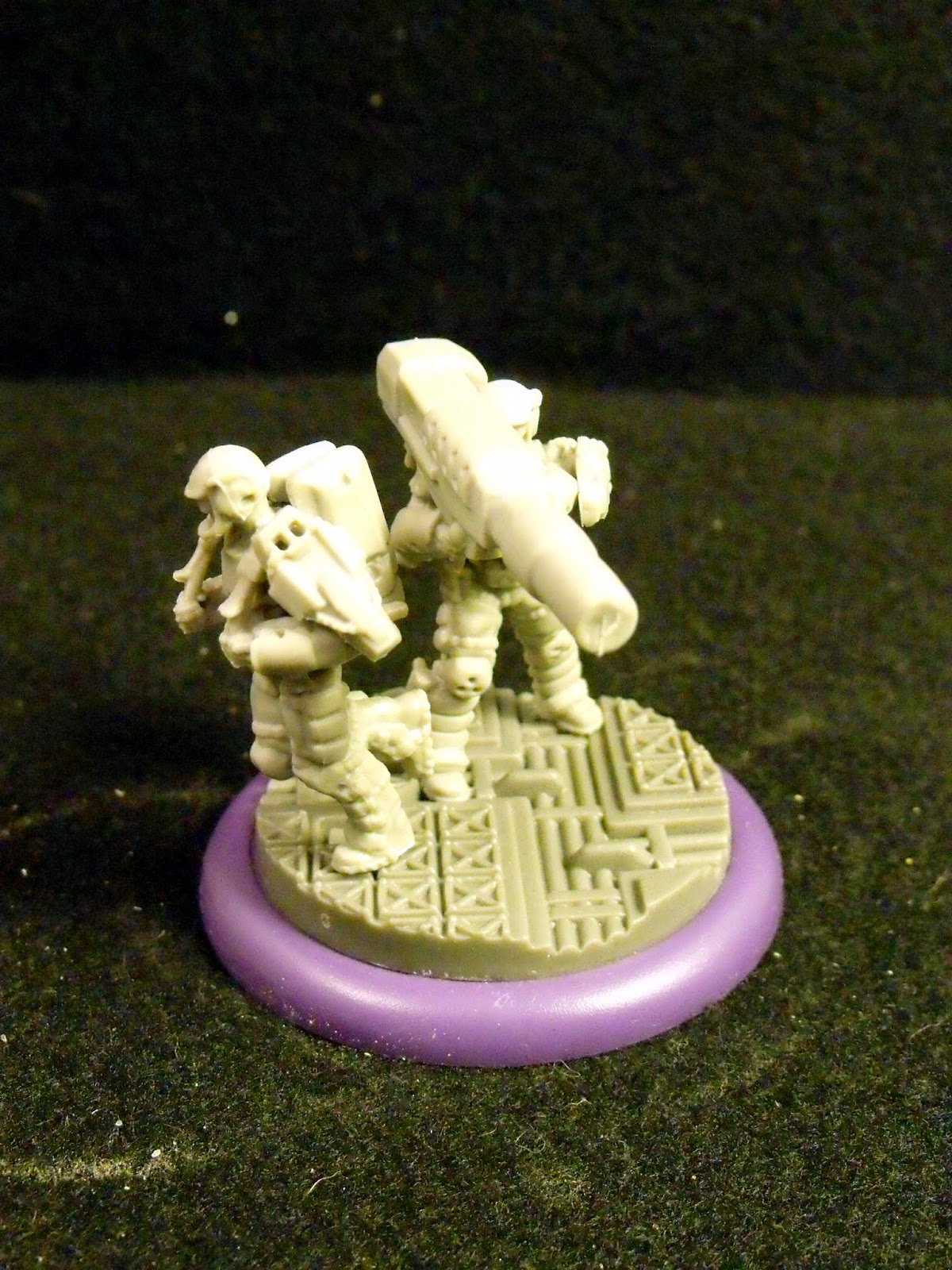 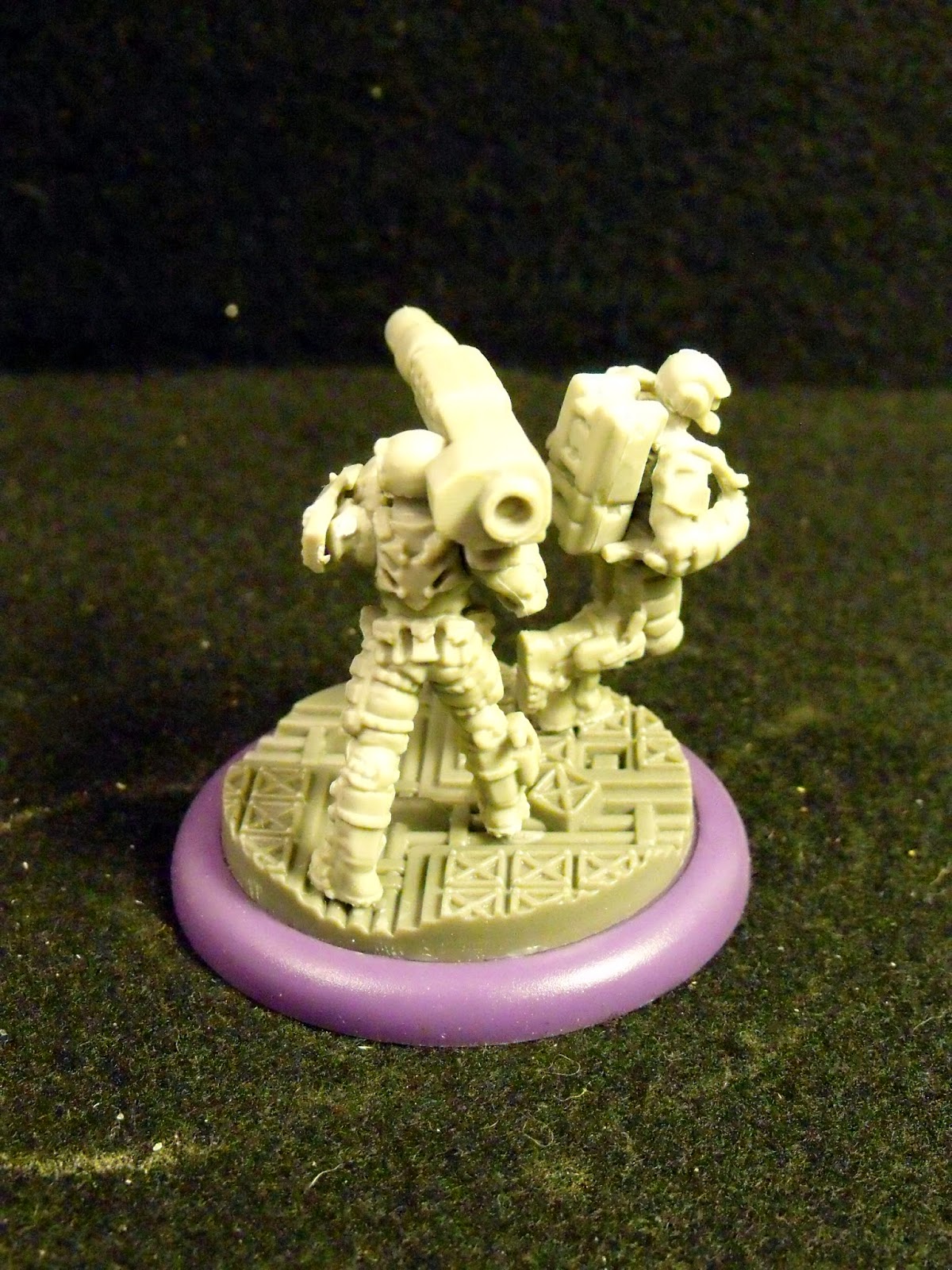 The PC-9 Breaker Team is a 2 model Single Unit, meaning that there are 2 models on one base, rather than being a squad. Both of the models are basically the same as the Diamond Corps. troopers, but have a different load out. Mounting them on the base separately is a nice touch, as it lets you set them up how ever you want. Though if I ever get a 2nd one I might cut the legs and the make the gunner in a kneeling position. 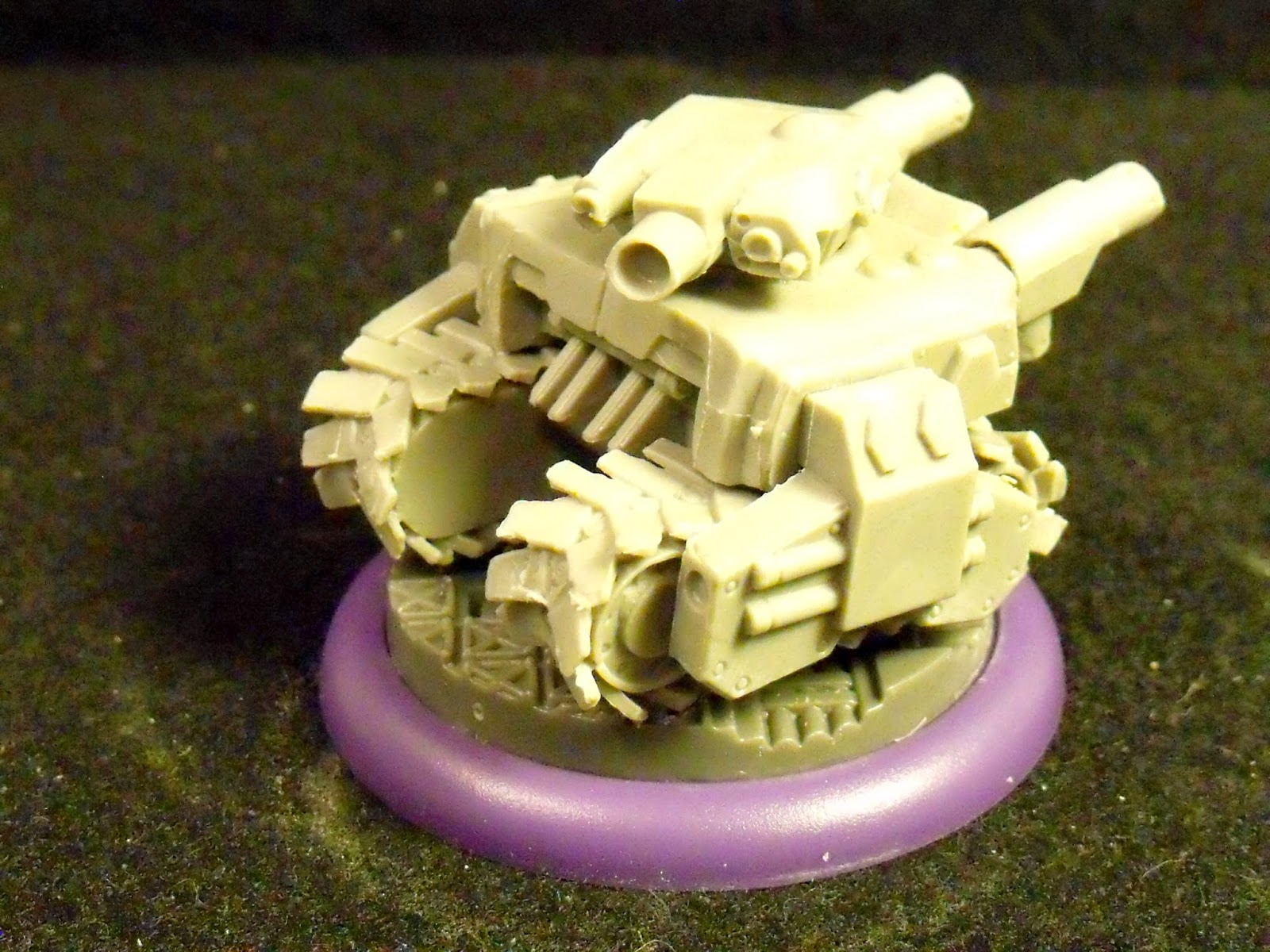 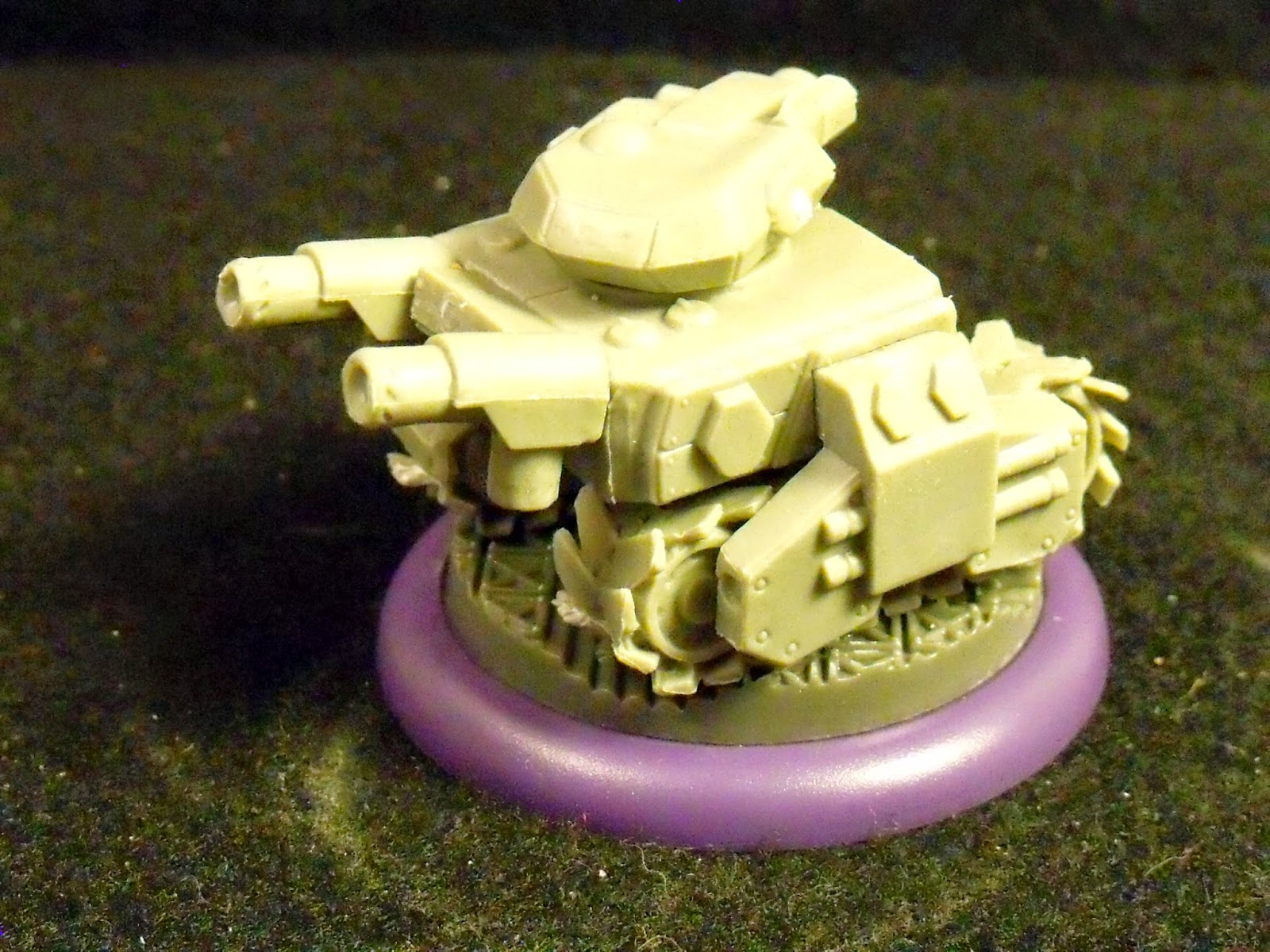 This little guy is the M-8 Blitz Auto-Tank. One comes in the Battle Box and another came as part of the bonus figures for the Kickstarter. It's one of my favorite models in the Black Diamond line too. This is an AI controlled drone tank of the Black Diamond Corps. The figure itself reminds me of the tanks in Advance Wars, while others have mentioned Metal Slug too. It's turret slides into the body and I've decided to leave it unglued so it's moveable. Since it fits tight, I don't have to worry about it falling off. 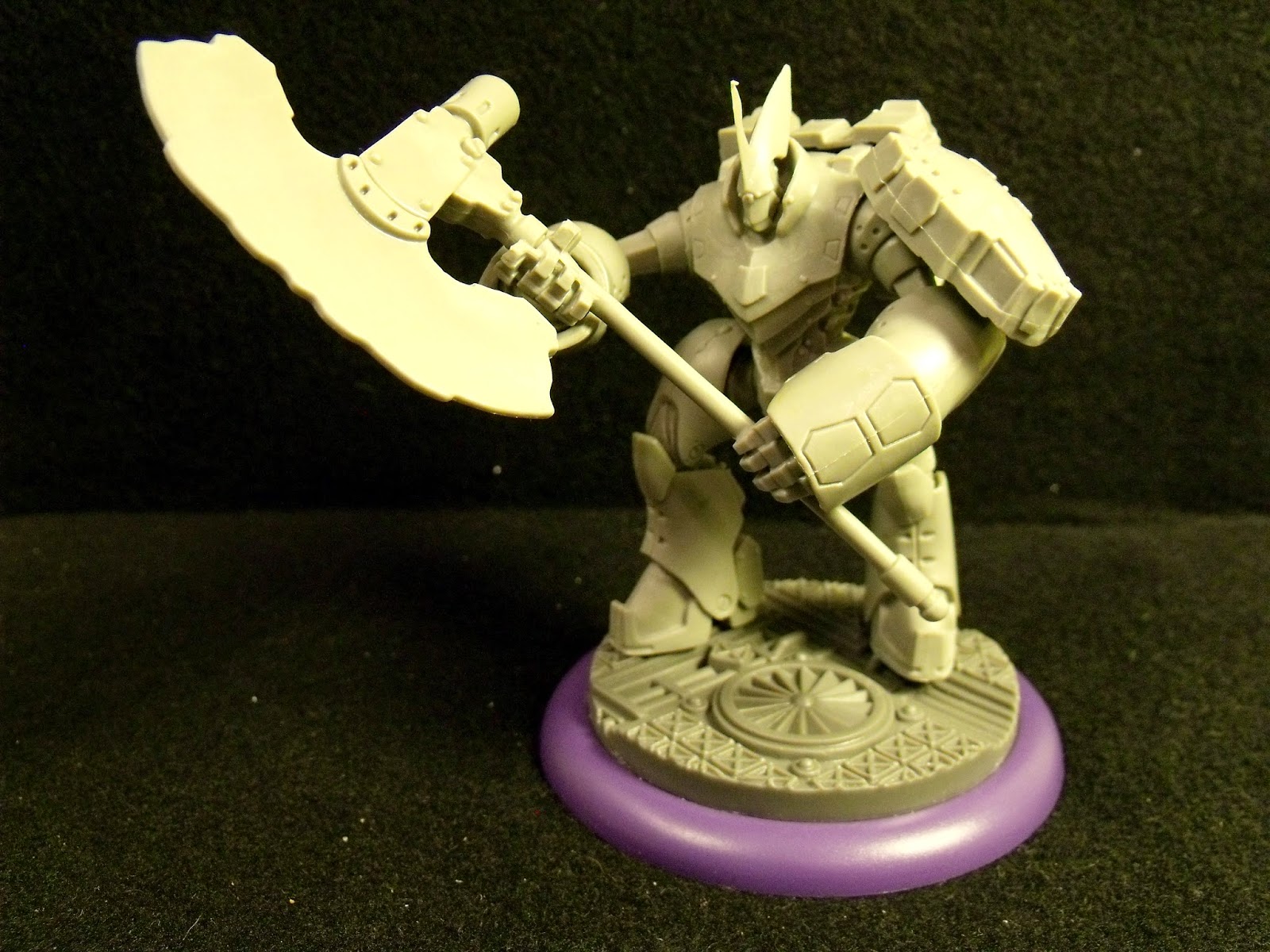 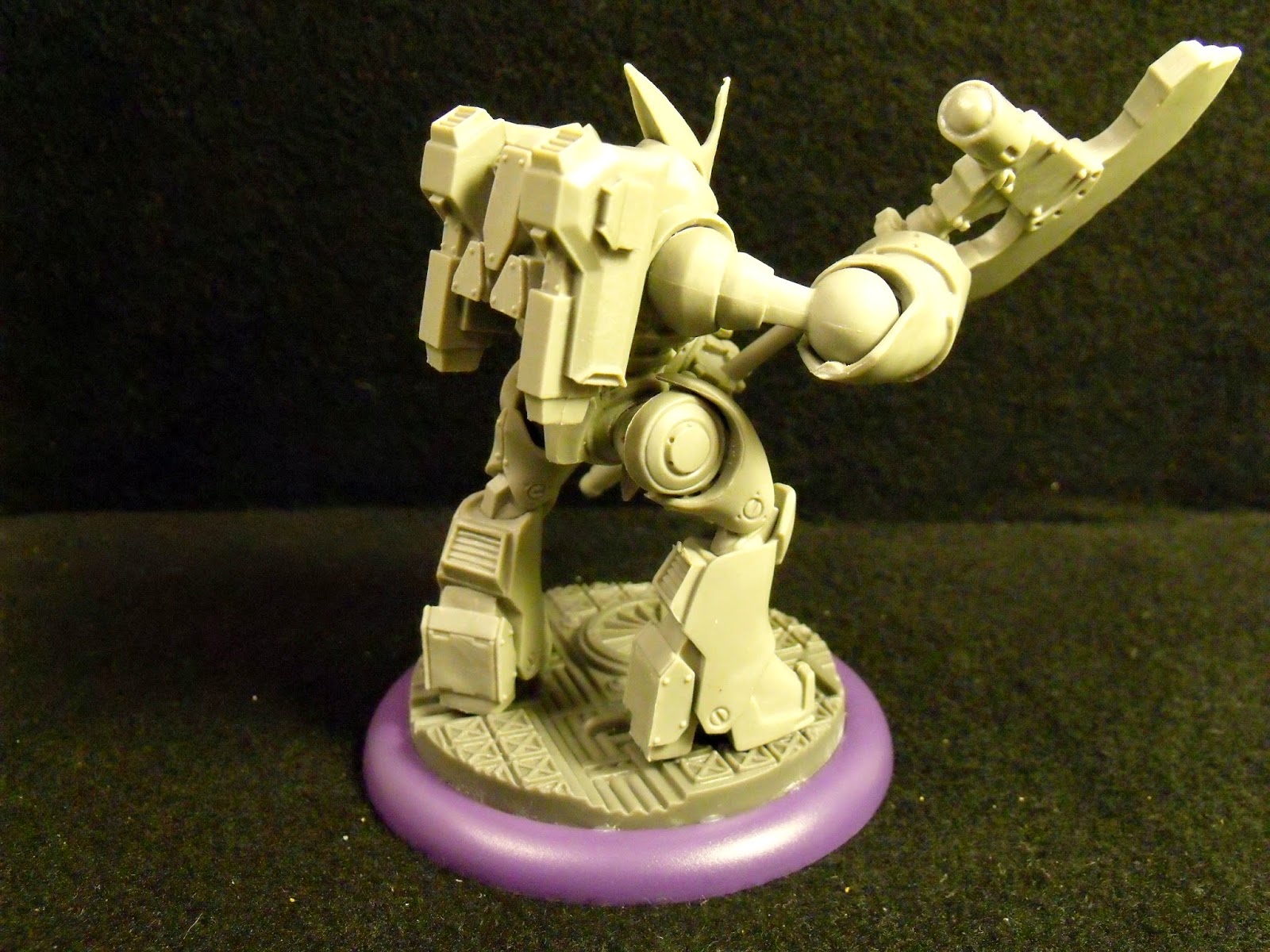 This guys a HUGE, he's the only current non-Relic Knight model on a 80mm base. When they first announced the Diamondback, I was unsure on how big he was going to be... then they showed off some early photos. He does not disappoint. His point cost isn't that bad either, at 10 points you could possibly use him in even the smallest game modes. Though I'm not sure how viable that'll be. His axe is actually an energy axe, so it'll be a nice challenge to paint it properly. 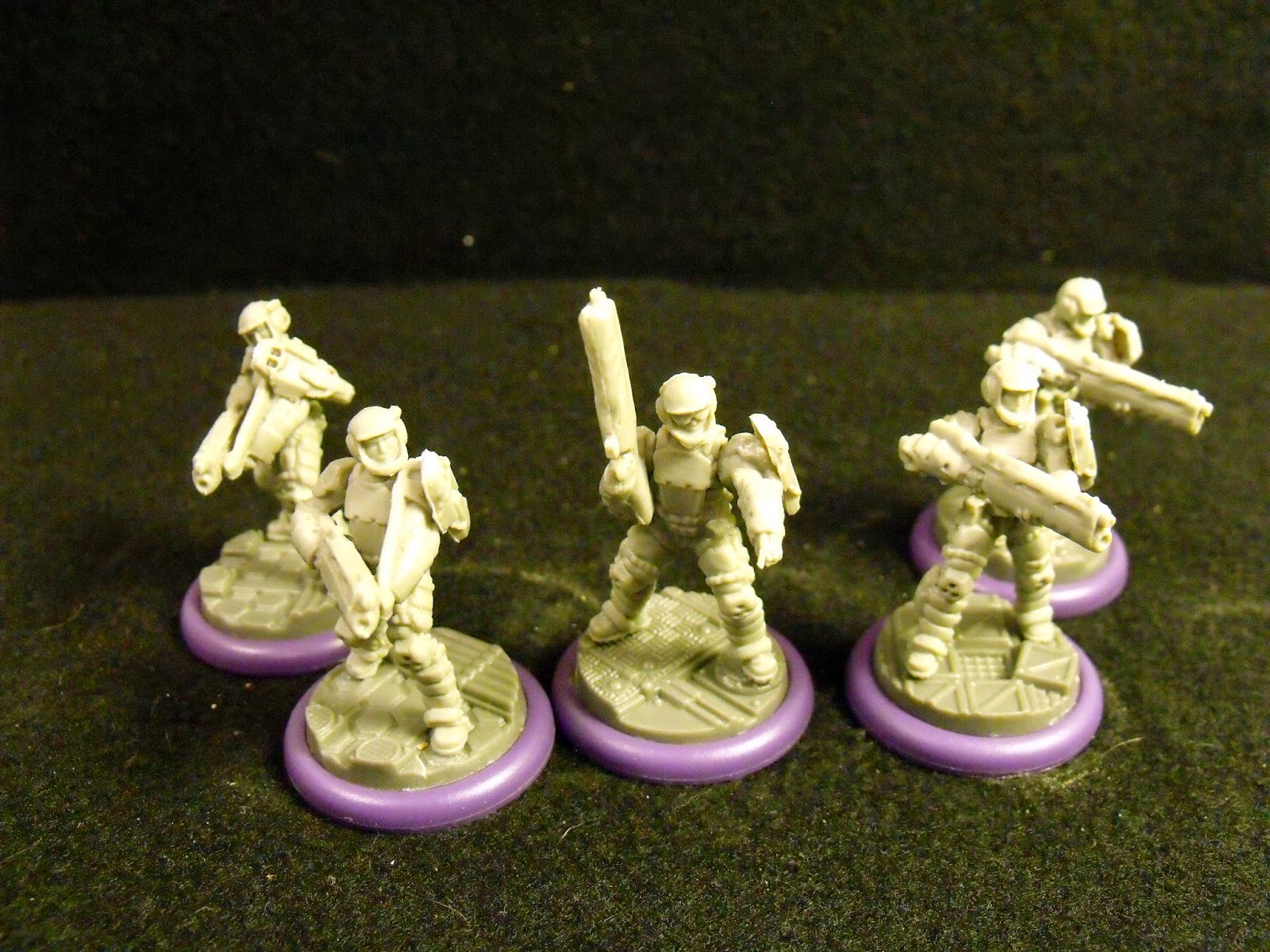 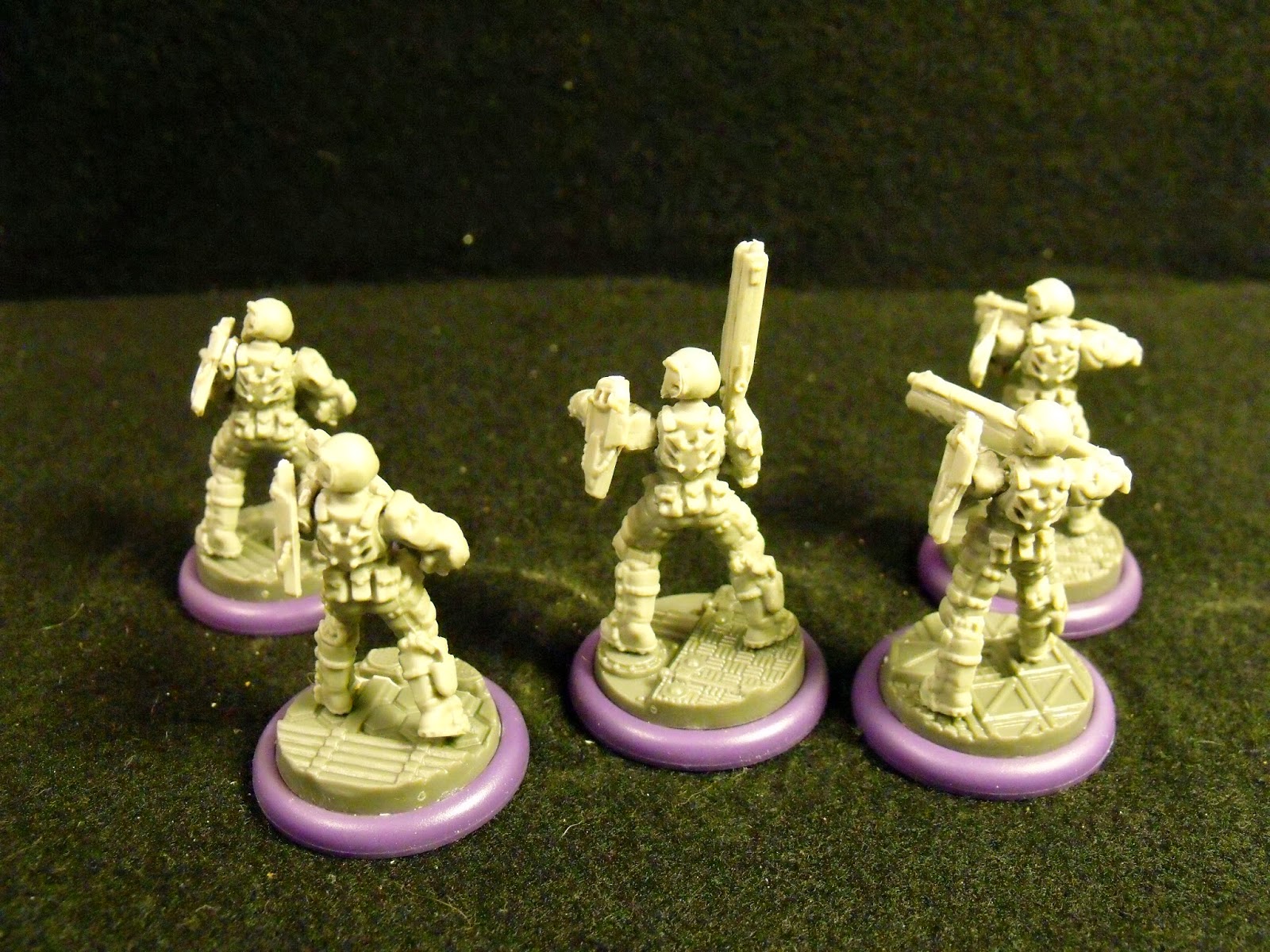 The rank and file of the Black Diamond Corps., the Diamond Corps come in a squad of 5, but in the kickstarter you end up with 10 total. In most games you'll field 3-5 of them, but depending on the game size you could easily field them all. They came with some straps for their guns, but I decided not to glue them on, since I couldn't tell where they go. Also included was an extra head too, so you had slight extra options for variations... but not much really. The only problem I had was mounting the shoulder cover on their arms. I wasn't sure if they went up and down or down the length of their arms. 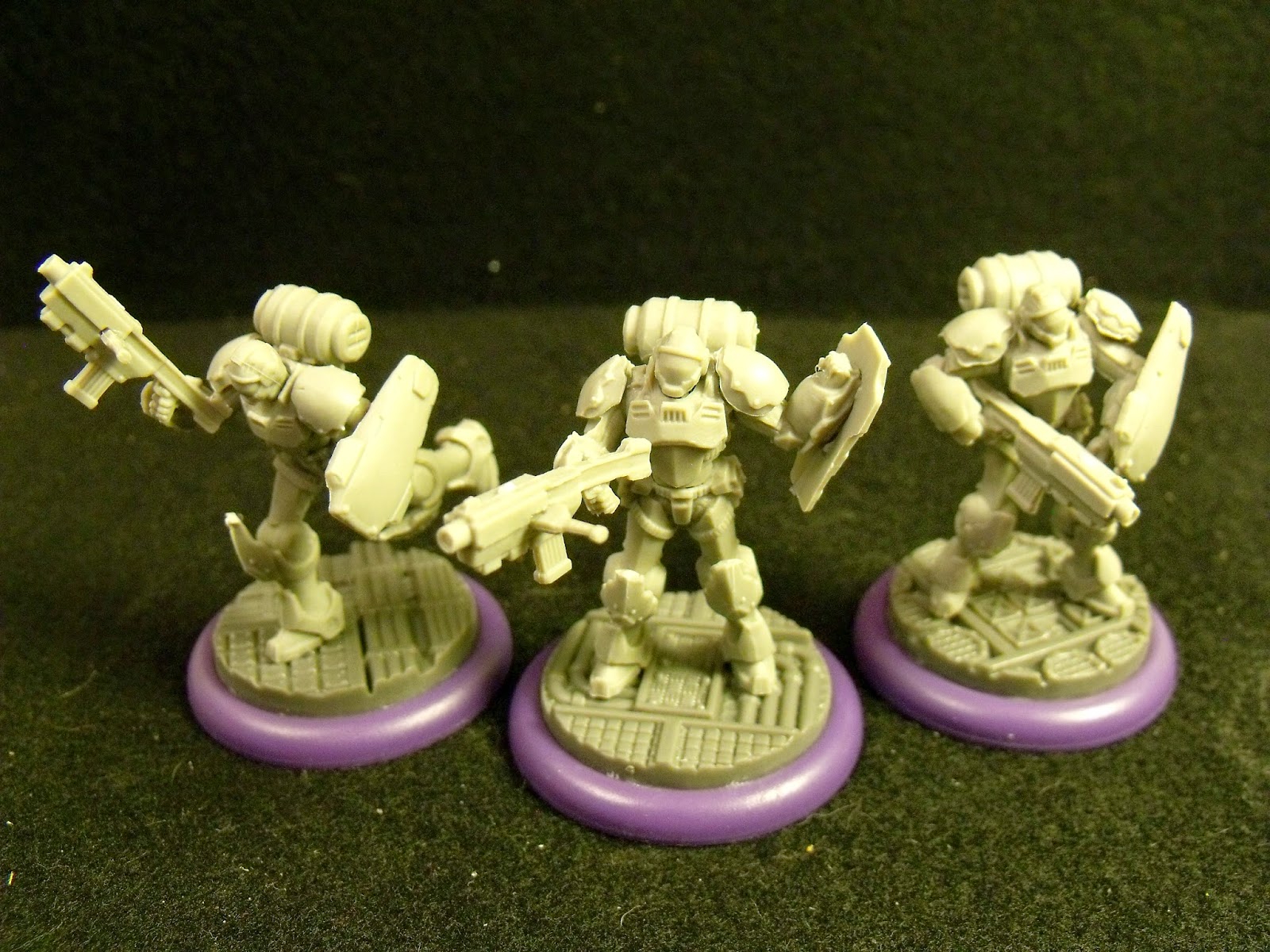 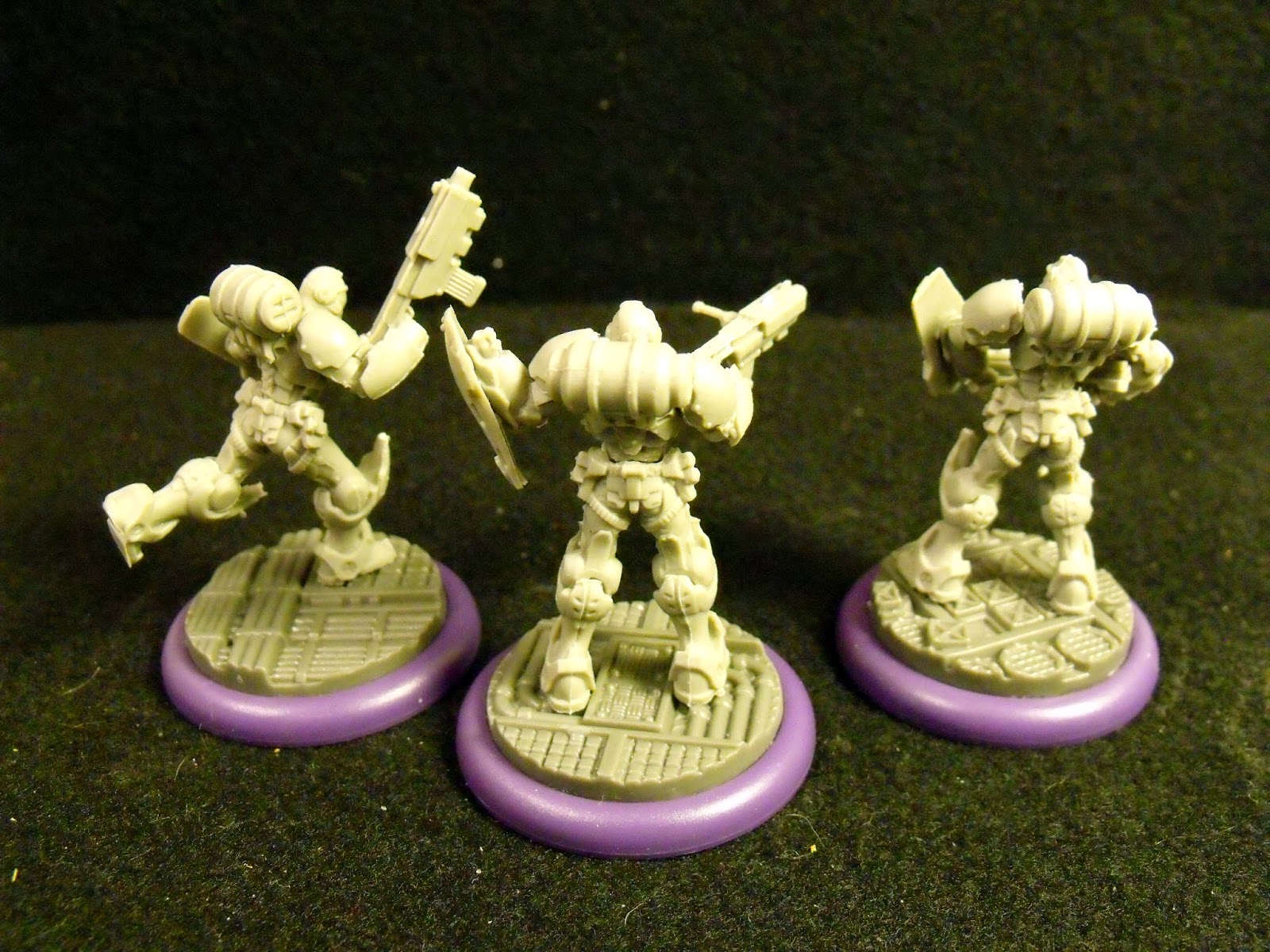 Full power armor and looking all Master Chief-esque, the Black Dragons are the elite of the Black Diamond troops. All of them look bad ass as hell and were fairly simple to assemble. the only issue I had was the handles on the guns and at one point I dropped one on the floor and spent 10 minutes crawling around with a flashlight looking for it. And the heads were much easier to mount than the Diamond Corps were, since they were key slotted, rather than having the neck be a ball joint. 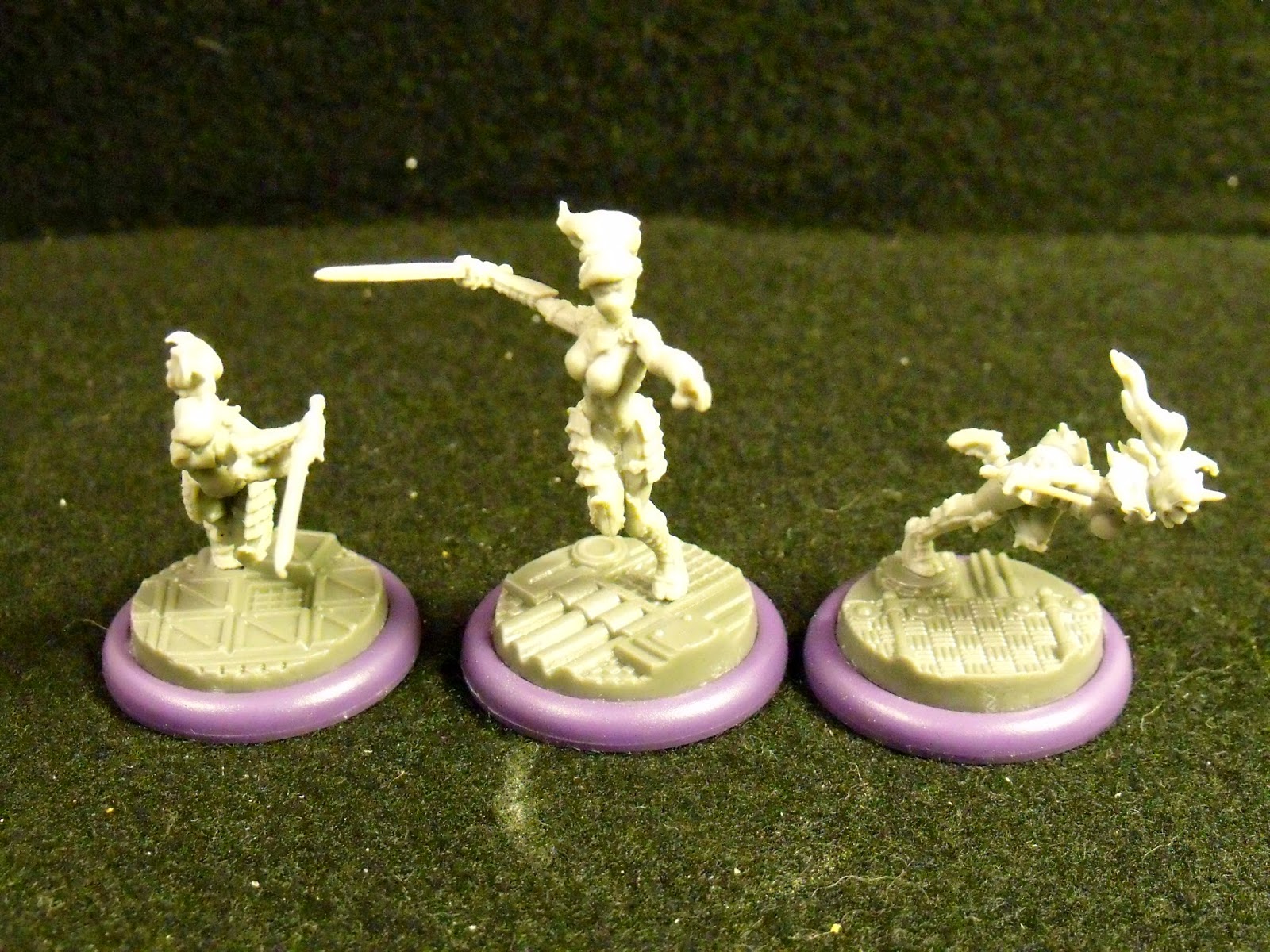 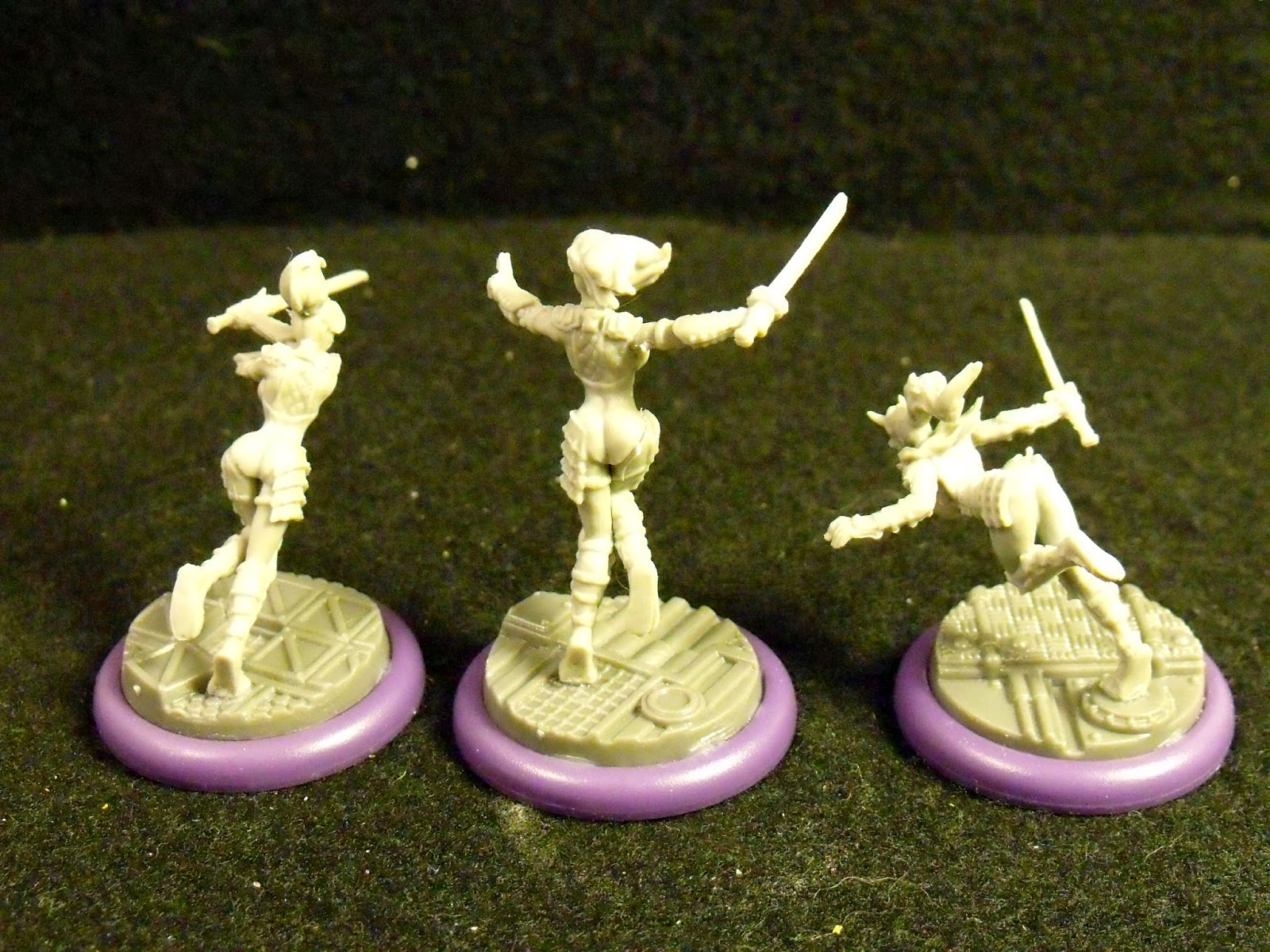 NINJAS! And not only is there ninjas, but they are technically the same person from alternate realities, nice touch Soda Pop. Each of these deadly assassins have a nice bit of variation between them, but I am partial to the one in the demon mask. The only issue is they all mount on a single foot, which makes me worry about stability if they are dropped, since RK minis don't use slotta bases. And since I used the included base inserts some of the rough texture could possibly make for a weak join? Either way, they are really cool. Some of the details on the standing one's suit are hard to make out, like where suit starts and ends and where skin is. But it shouldn't too much of a problem.

Overall I really like the Black Diamond Corps. I'm happy with how they turned out and really glad that I picked them. They should bring a completely different playstyle compared to Cerci Speed Circuit too. If I ever get around to painting them up, I want to go with some Sky Blue Camo, and I hope I can pull it off. I figure a few sections of that mixed in with black body armor should look really sweet.

Tomorrow, I'll have the last faction that I went all in for, Doctrine!
Posted by Scott Ferguson at 12:00 AM
Email ThisBlogThis!Share to TwitterShare to FacebookShare to Pinterest
Newer Post Older Post Home