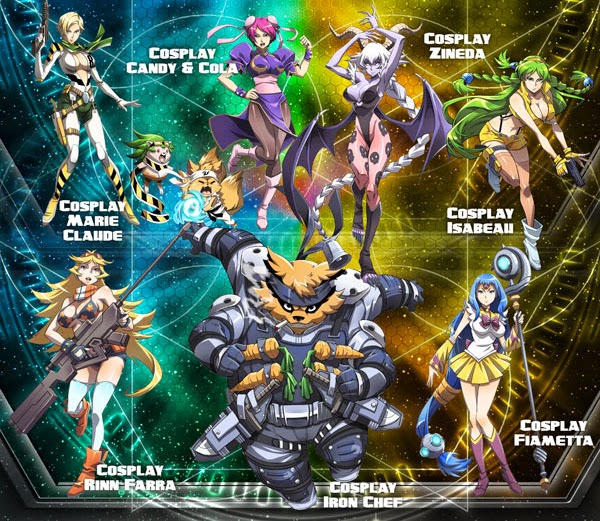 Originally I thought these were just going to be bonus miniatures. But then it was announced that they were becoming Darkspace variants of their respective characters and they'd come complete with rules, cards and factions. These guys don't work for their original faction and instead, the Darkspace Calamity has twisted them and they are members of completely different factions. 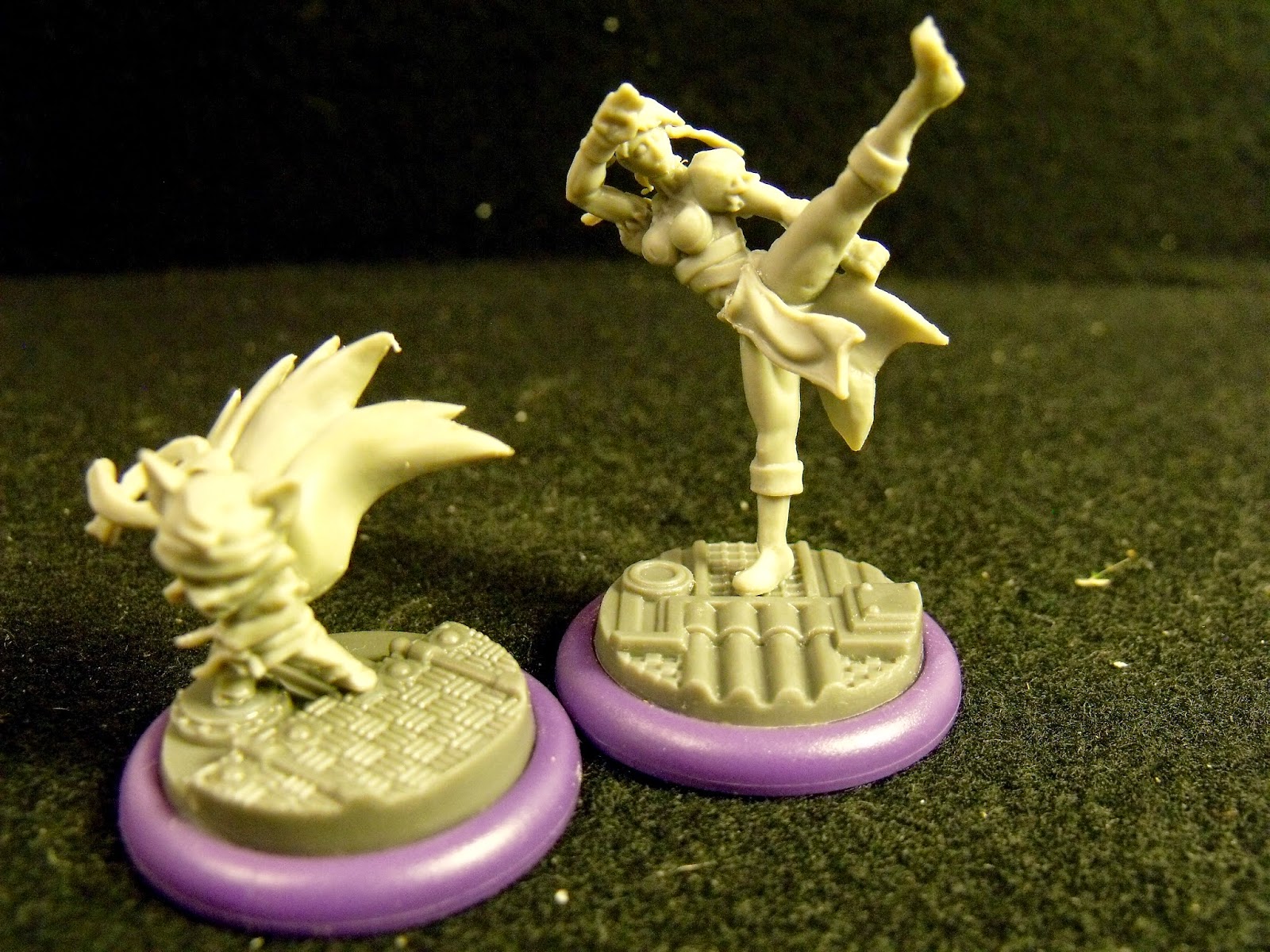 Candy is a member of the Cerci Speed Circuit in her Darkspace version. Since there are no Relic or Questing Knights, and Cola doesn't have any rules, he's just a extra mini. Candy is dressed up as Chun-Li and Cola is cosplaying as Ryu. I really like Cola, he's about the size I was really expecting the Cyphers to be. 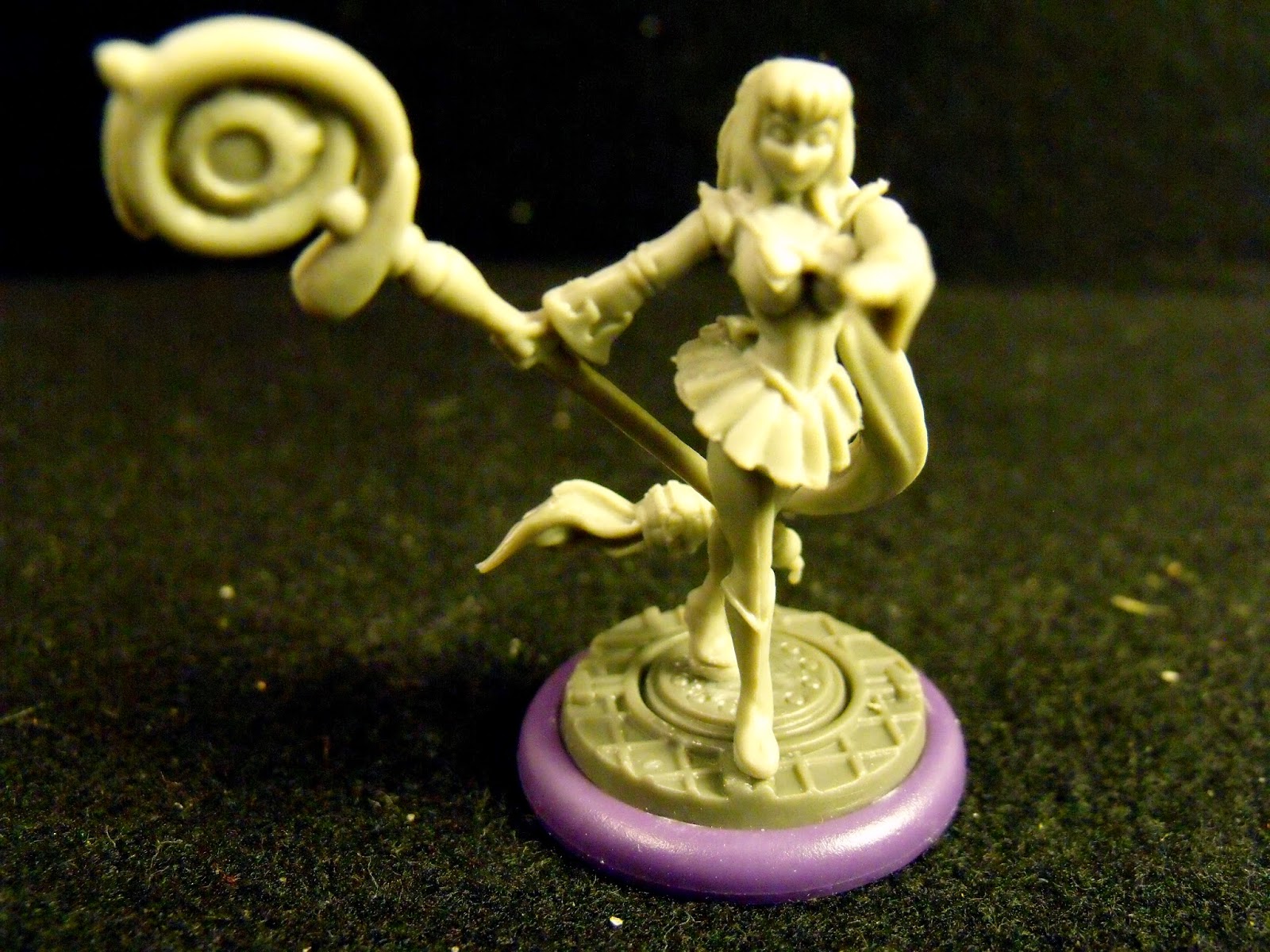 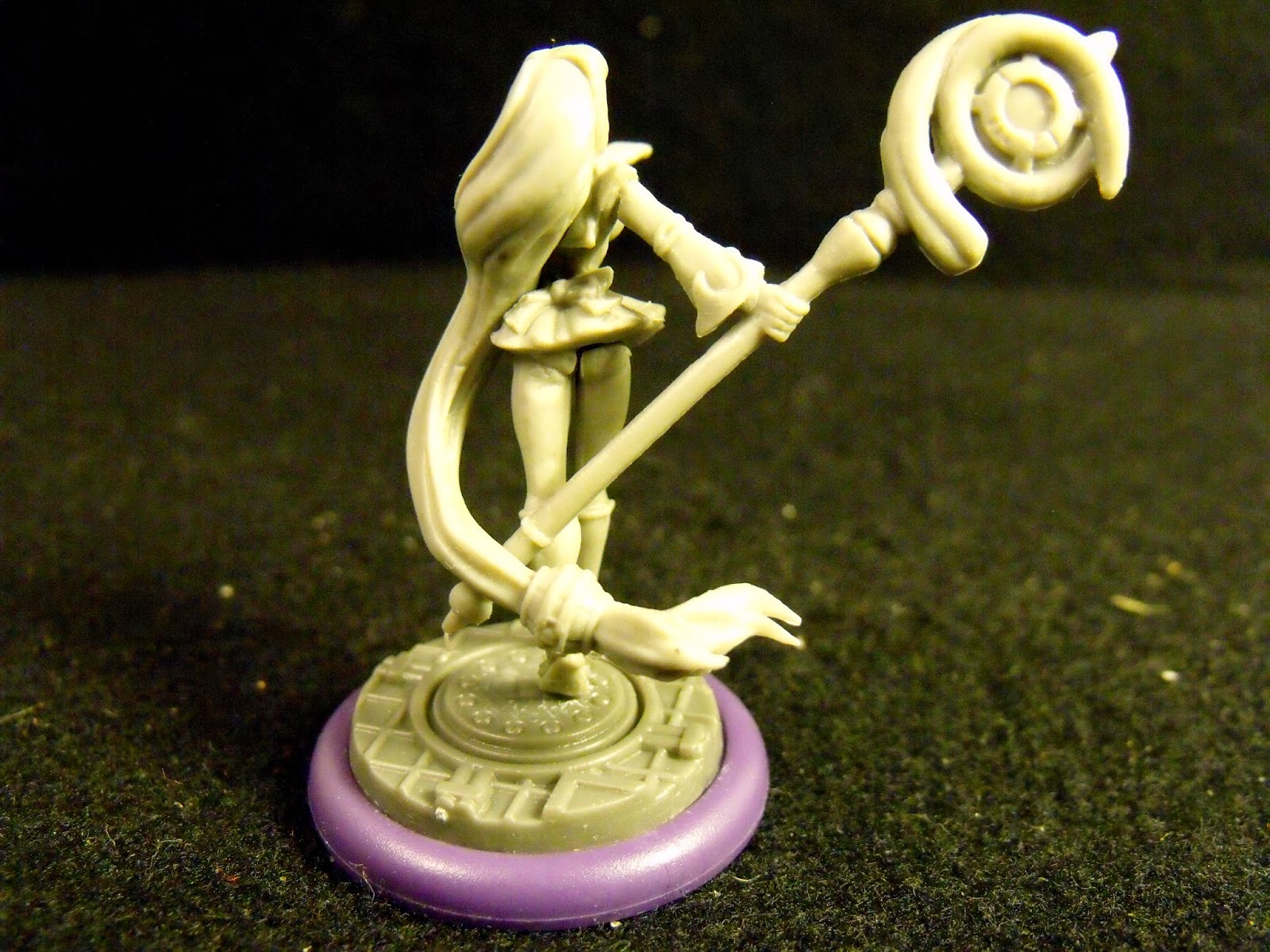 Fiametta is no longer of the Doctrine in Darkspace. Instead, she is a member of the Shattered Sword paladin order. She's a dressed up as what looks to be a member of Sailor Moon's crew, but I don't really know since I never watched Sailor Moon. I prefer her regular model instead though. 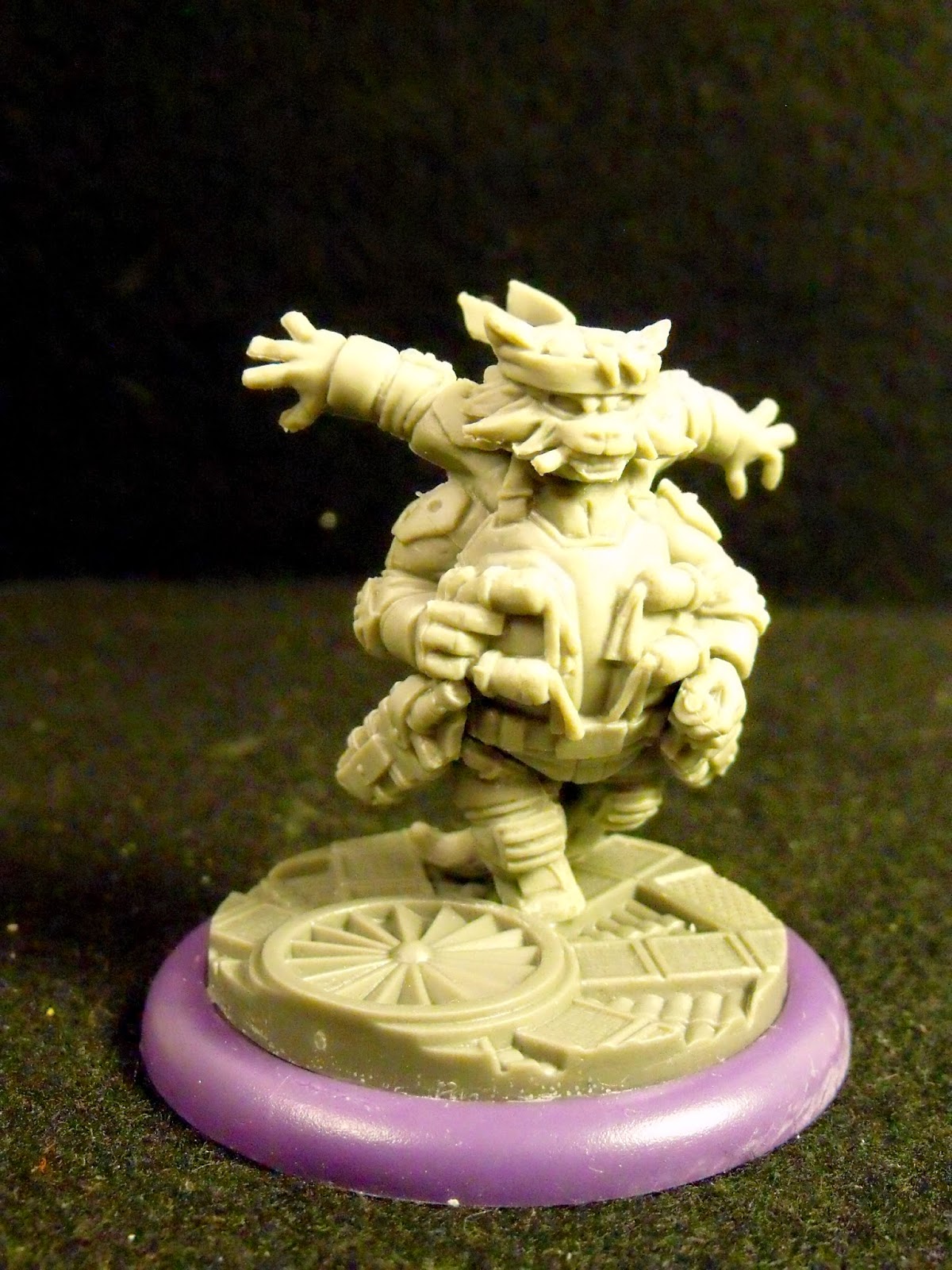 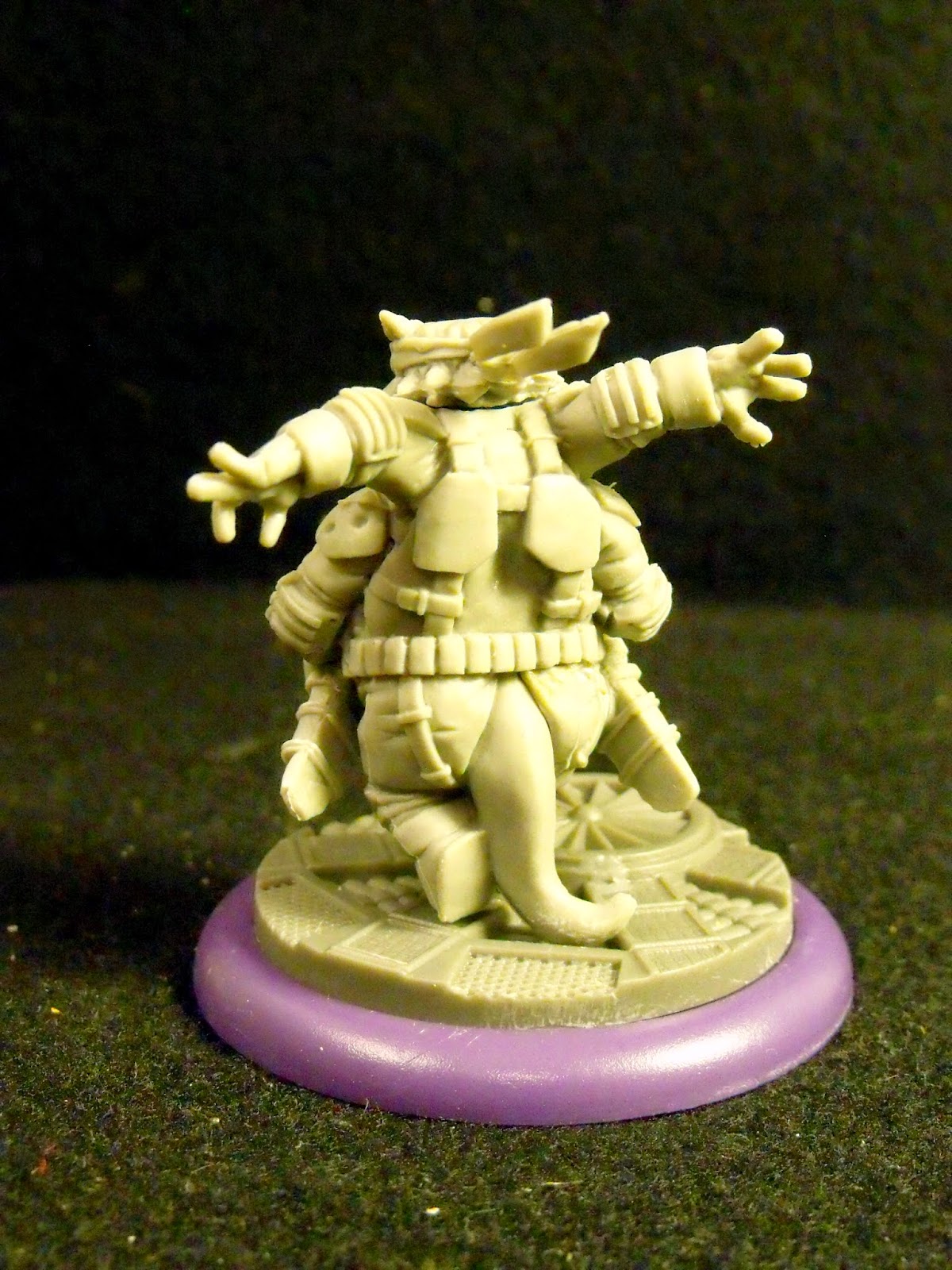 Iron Chef is no longer working as a cook for the Star Nebula Corsairs, instead he's doing Stealth Espionage for Black Diamond! He's all decked out like Solid Snake in his sneaking suit and ready do some top secret missions. I really like this model, but I may be bias, I am a huge Metal Gear Solid fan. 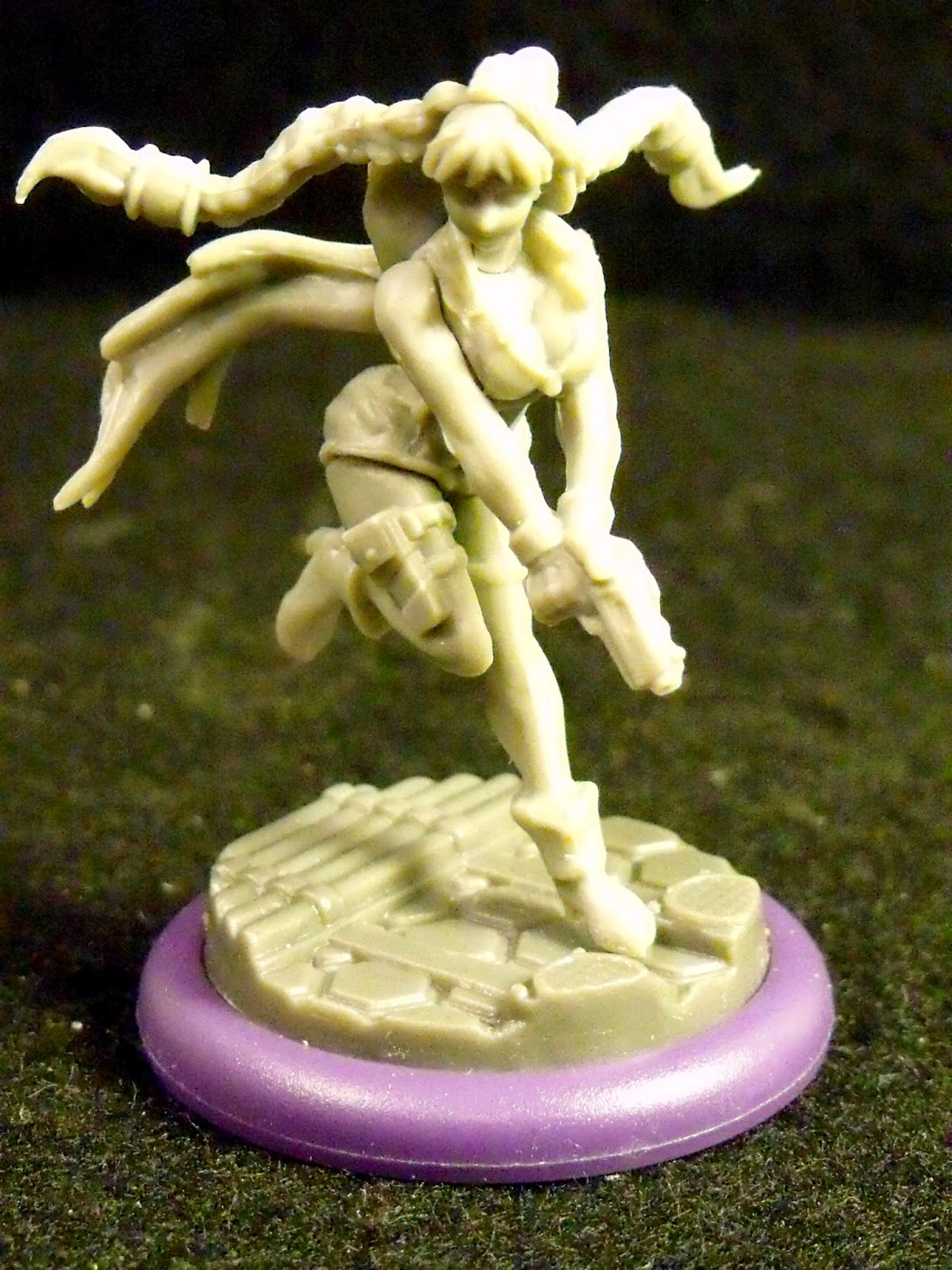 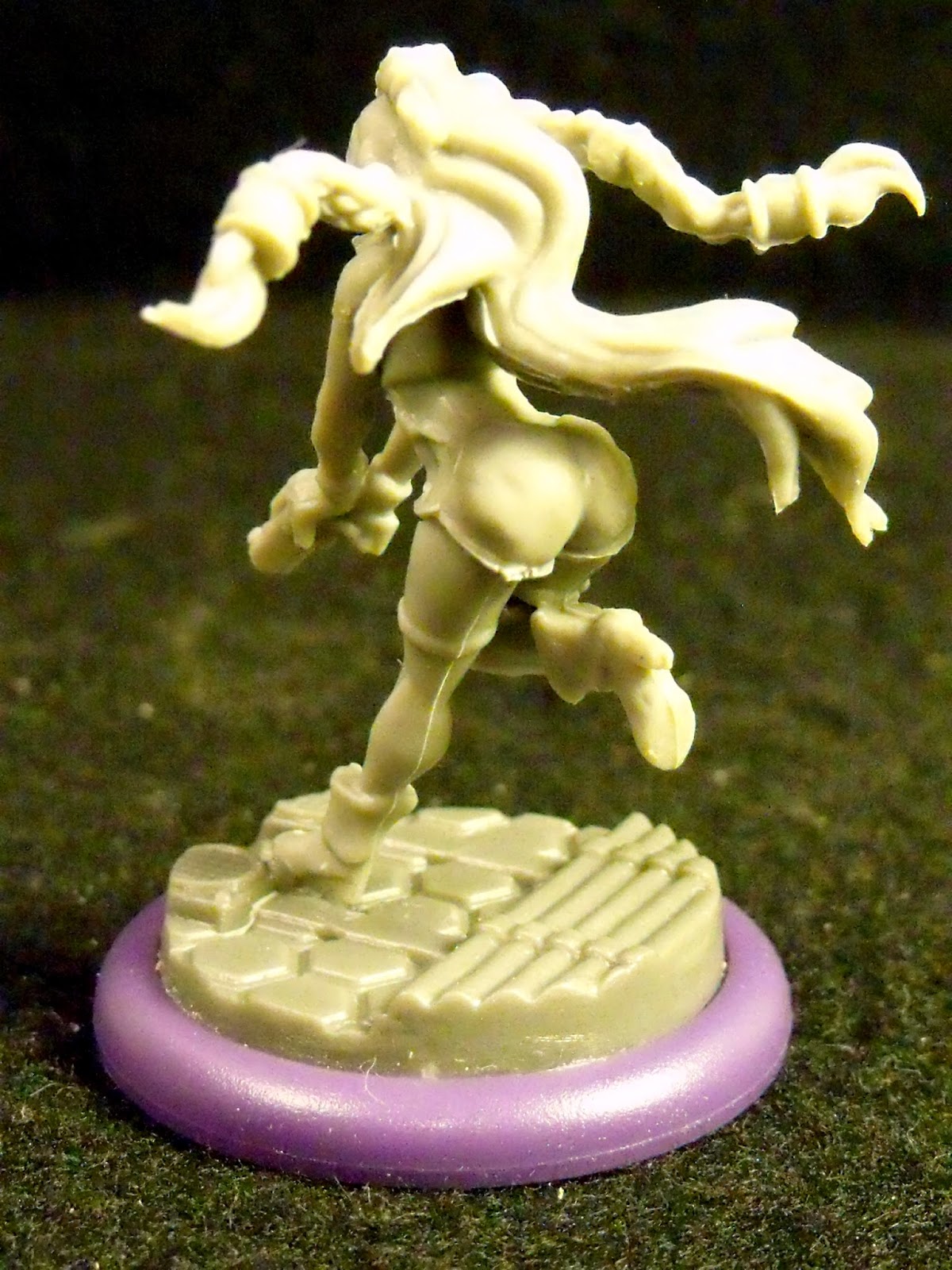 COWBOY BEBOP! Introducing the Shattered Sword's Isabeau as Faye Valentine! woot woot. She's in full dress too, except for the jacket. Big +1 from me for this mini. Like any good bounty hunter, this version of Isabeau is a member of the Star Nebula Corsairs. Between this one and Iron Chef, I knew I would at least be picking those 2 up... but thanks to me being a completionist I ended up "needing" them all. 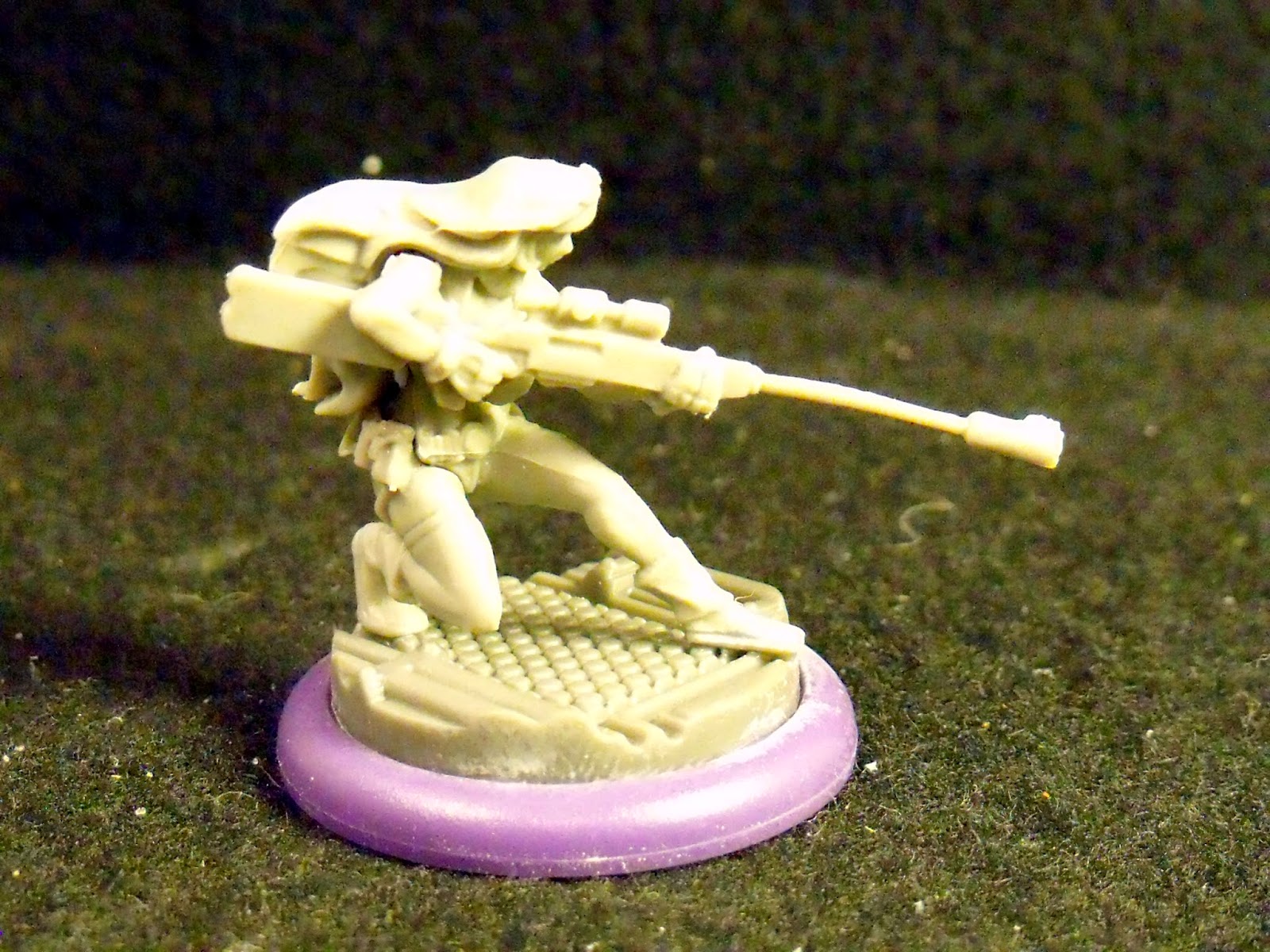 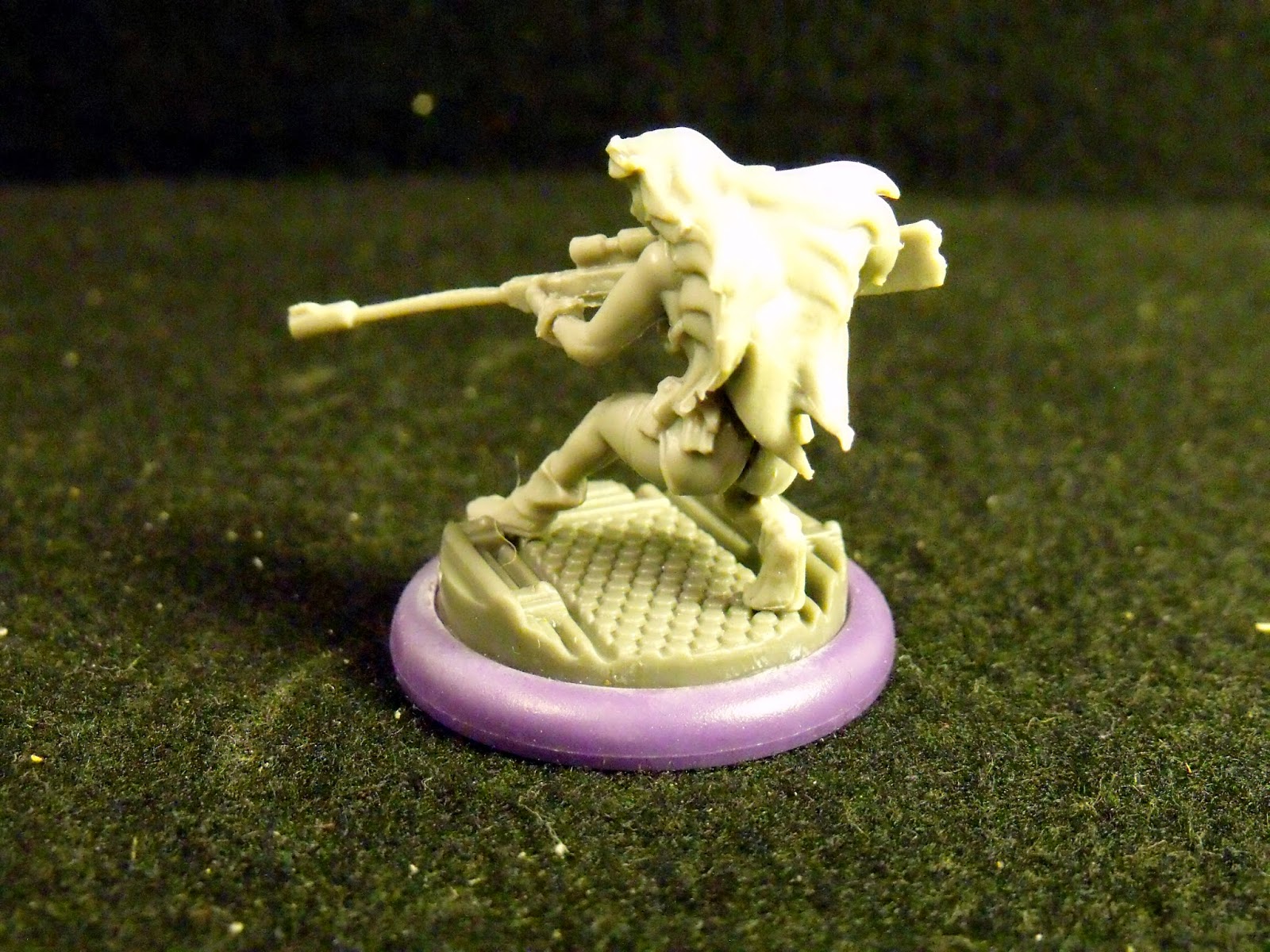 Rin is the only character I don't know who she's supposed to be. I guess she's a slave for the Noh Empire, but I don't know what the story is supposed to be. But I like this model so much, she's much better than her actual one too. I think that whenever I use Cerci against a non-Noh opponent, I'll use this one in place of the "real" one. 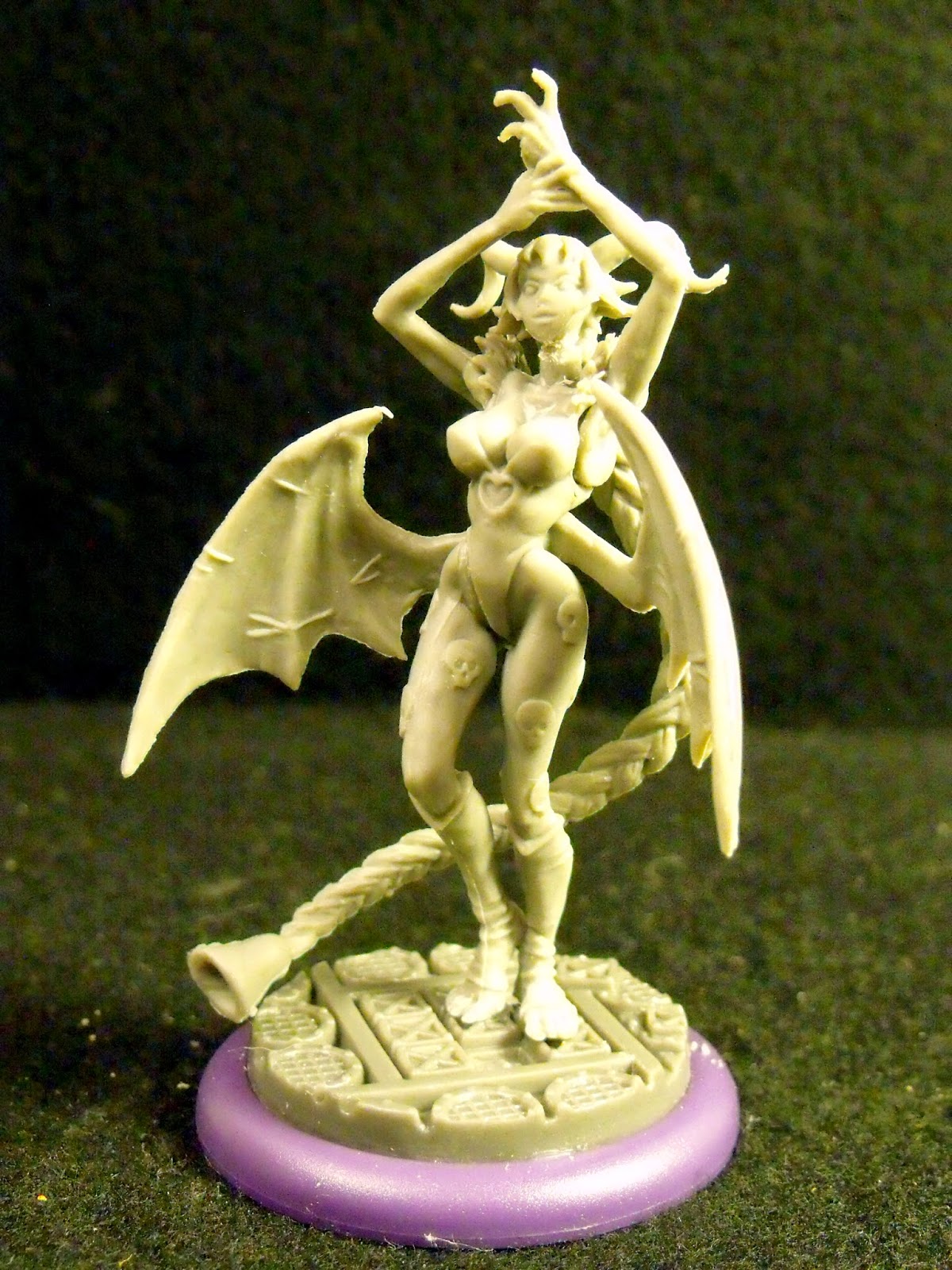 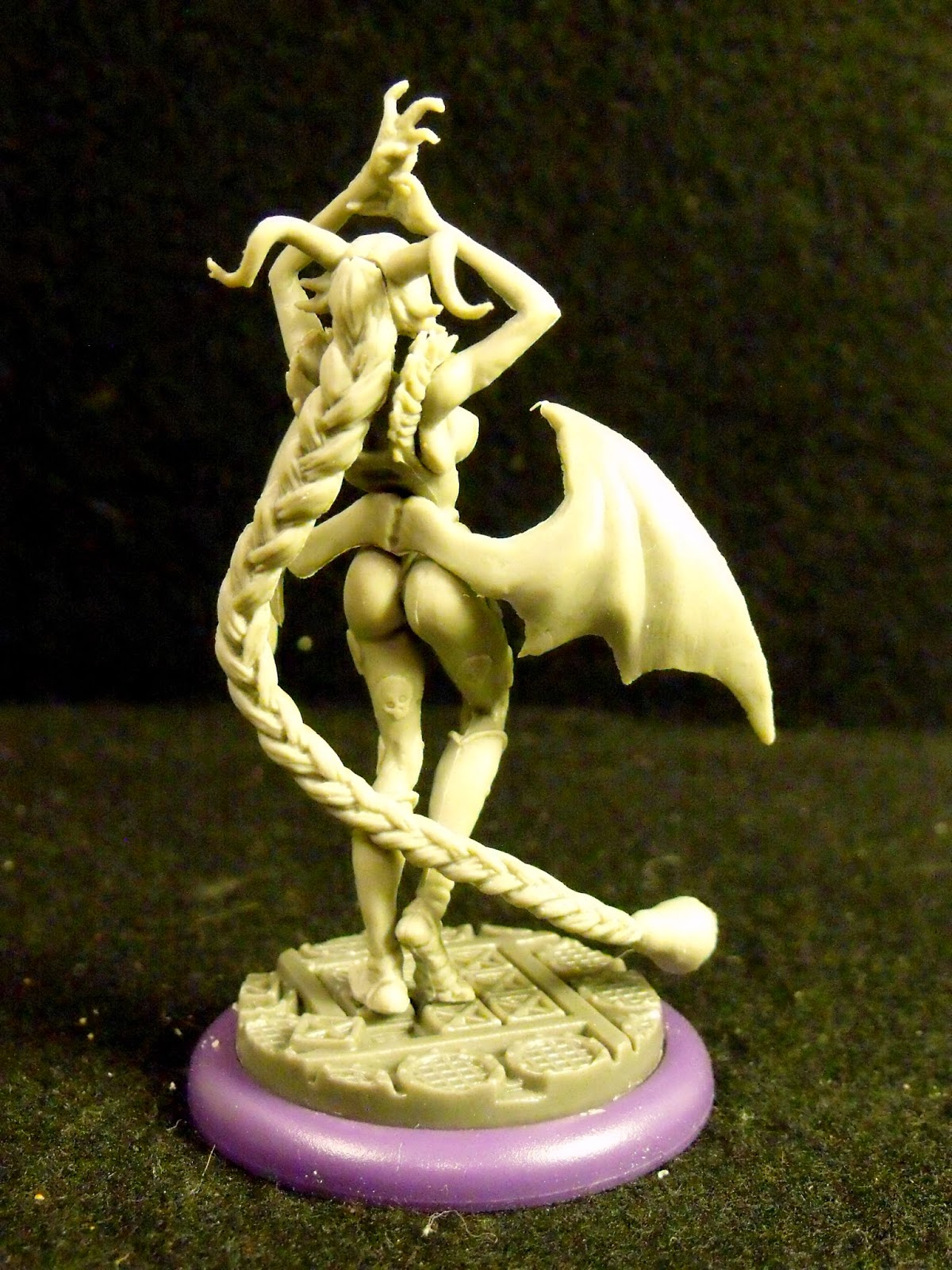 The High Priestess of the Noh Empire is instead a member of the Doctrine. She is also dressed up as a Succubus, which is a bonus. A certain Succubus named...  Morrigan Aensland of Darkstalkers fame. Again, her model is really good, like most of the other Darkspace models. I have an issue with her head, which I need to reglue. It keeps popping off.

All the Darkspace models are really well done. they are slightly larger than most of the other human sized models and there is a noticeable size difference between Cerci's Rinn and Darkspace Rinn. Like I've said before, adhering to a set scale for size seems to be a down point of this miniature's line. But overall I'm really pleased with these figures.

There's one day left! Tomorrow is the last post in the series and I'll be going over the Super Dungeon Explore Special Editions!