It took 7 tubes of Kragle, many hours and even some blood, but I finally have all of the Relic Knights figures glued and mounted on bases. All this week I'm going to go through them faction by faction, with pictures of each mI love my SDEdel in a Week of Relic Knights! 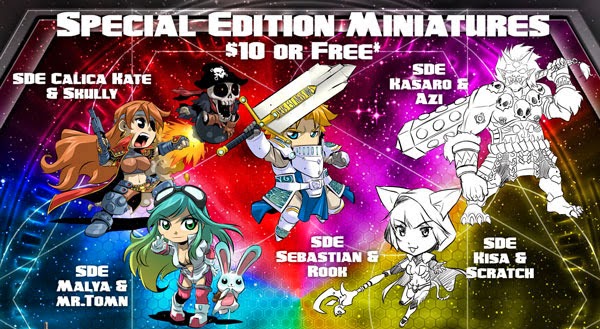 Super Dungeon Explore! A lot of folks were put off that they were even offered up as part of the Kickstarter, but all the SDE fans rejoiced, and I was right there with them. These are sweet, and I do love me my SDE. These are a welcome addition in my book. 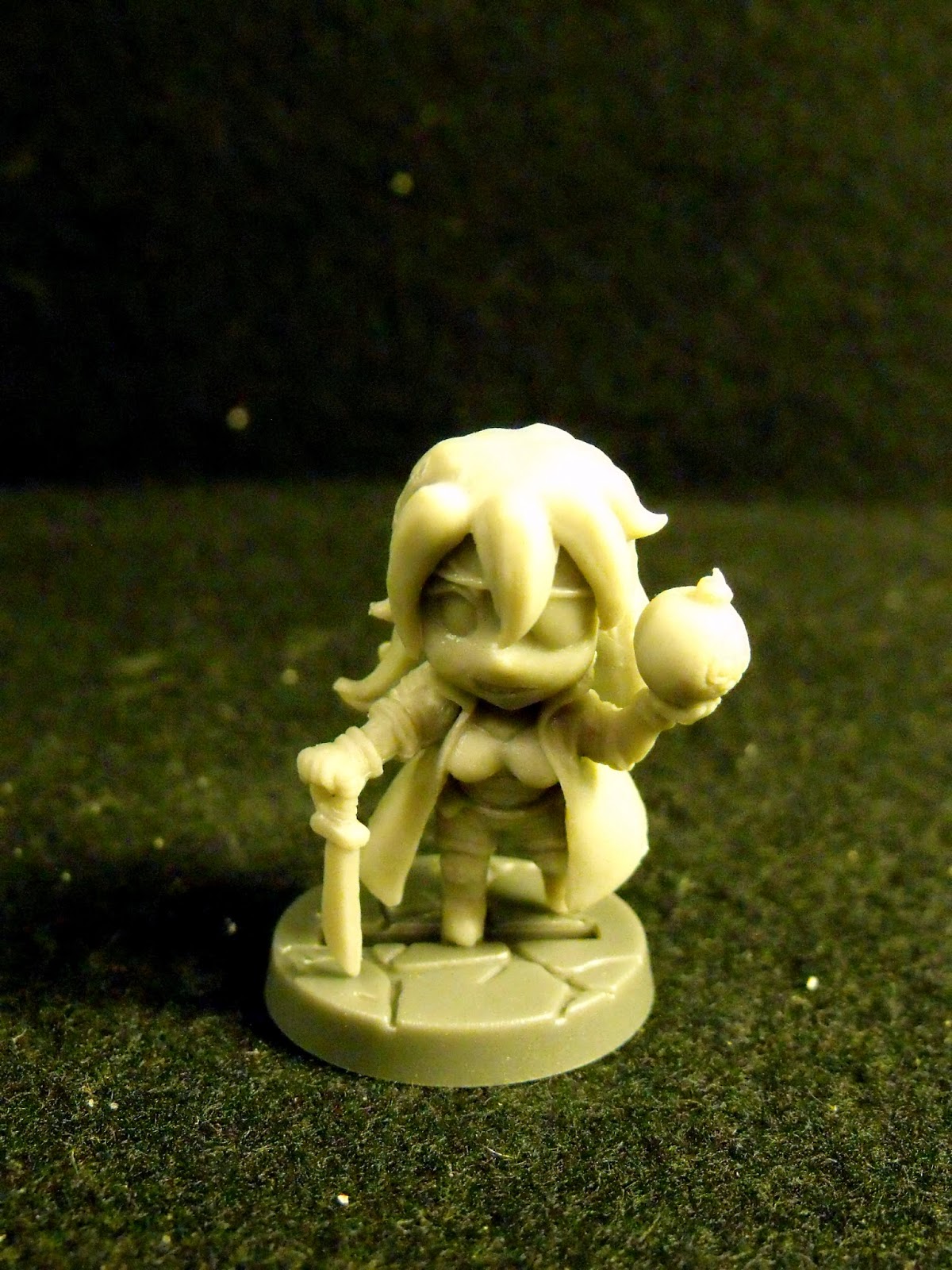 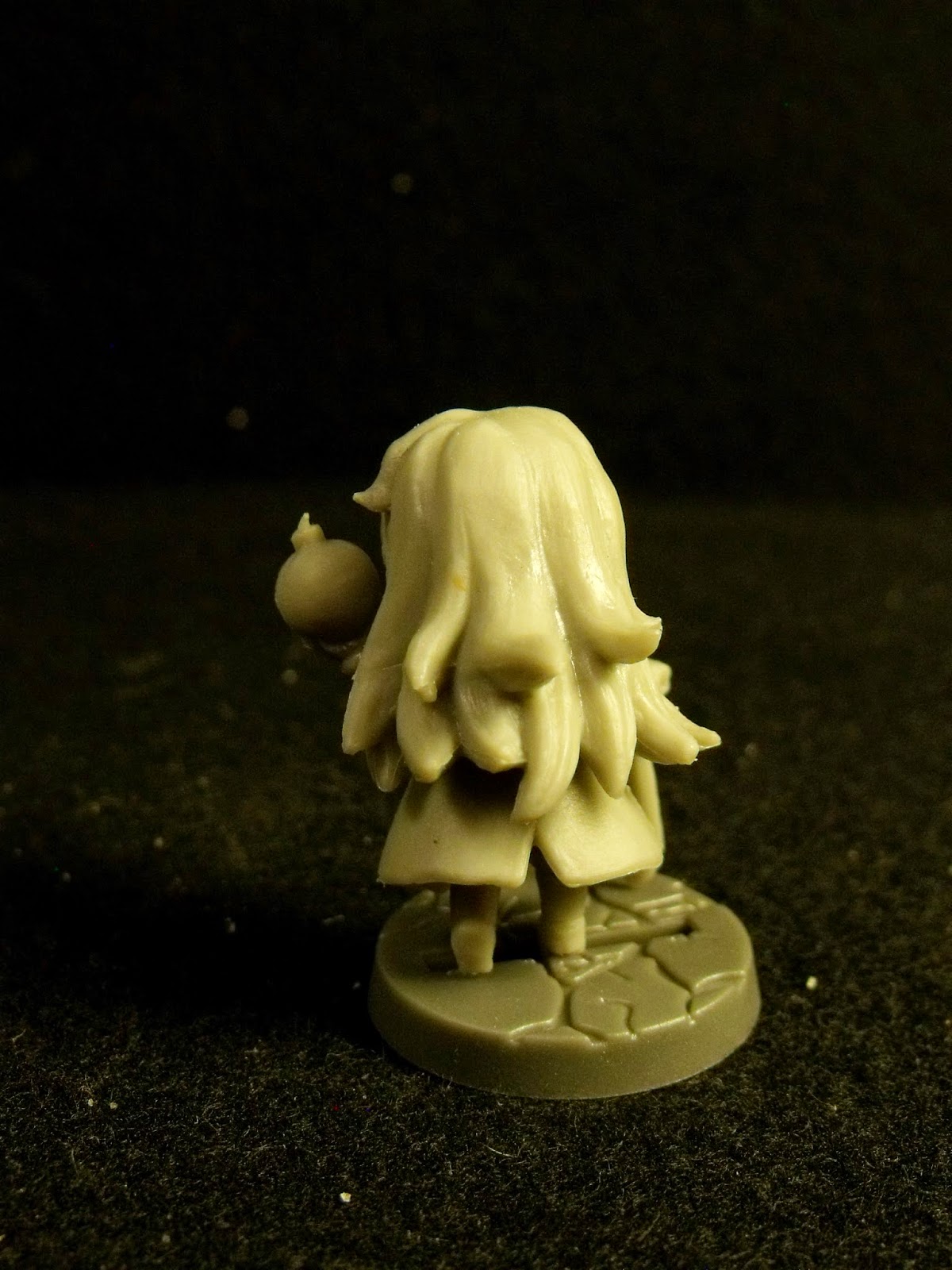 I kind of wish that Calico Kate was closer to her original concept artwork. But she's still pretty cool, she's got a pretty good pirate vibe going. I like the smirk on her face and the little bomb she's carrying. This figure and Captain R really make me want to see a Clockwork Cove expansion soon. But I know it'll be awhile, since we just funded Forgotten King a few months back. 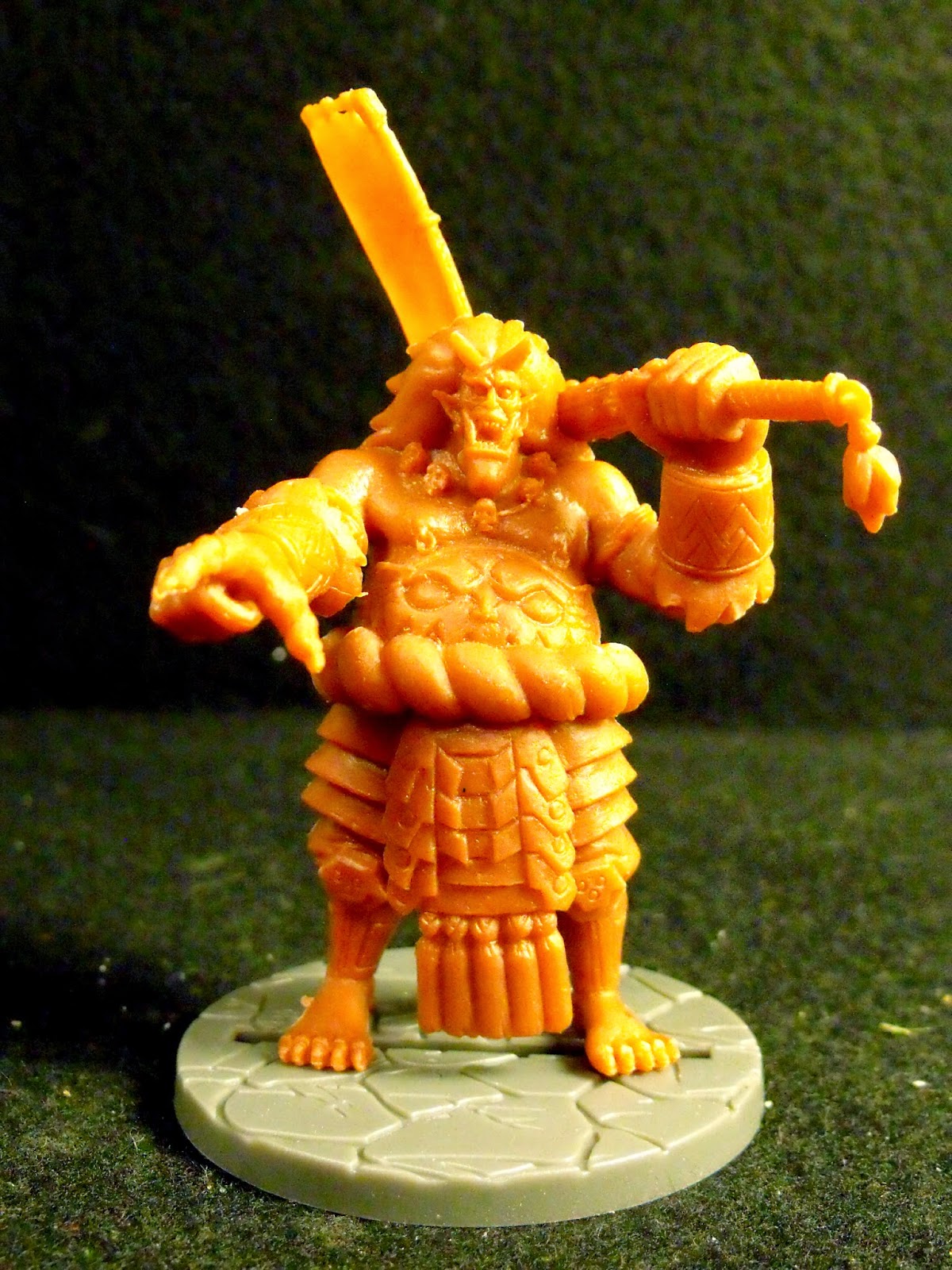 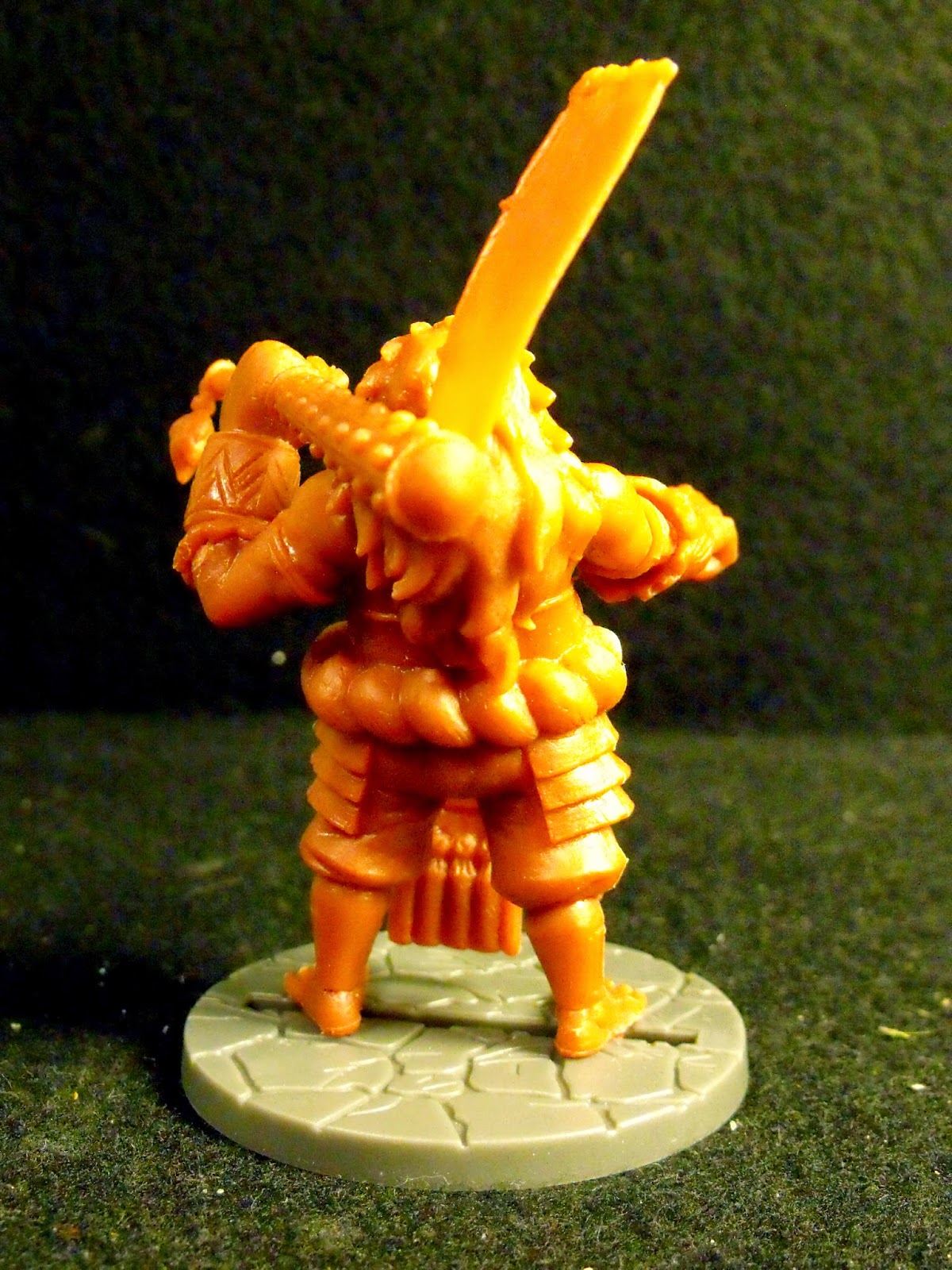 I'm kinda bummed about Kasaro To's figure. The original concept art had him as a small Super Deformed hero like the rest of the Relic Knights. But somewhere along the line Soda Pop decided to change it and make him a large Mini-Boss. Still he's pretty cool and he looks better in person than from what I've seen in the previews. But I do think his sculpt is a little off and doesn't mesh with the rest of the SDE figures. 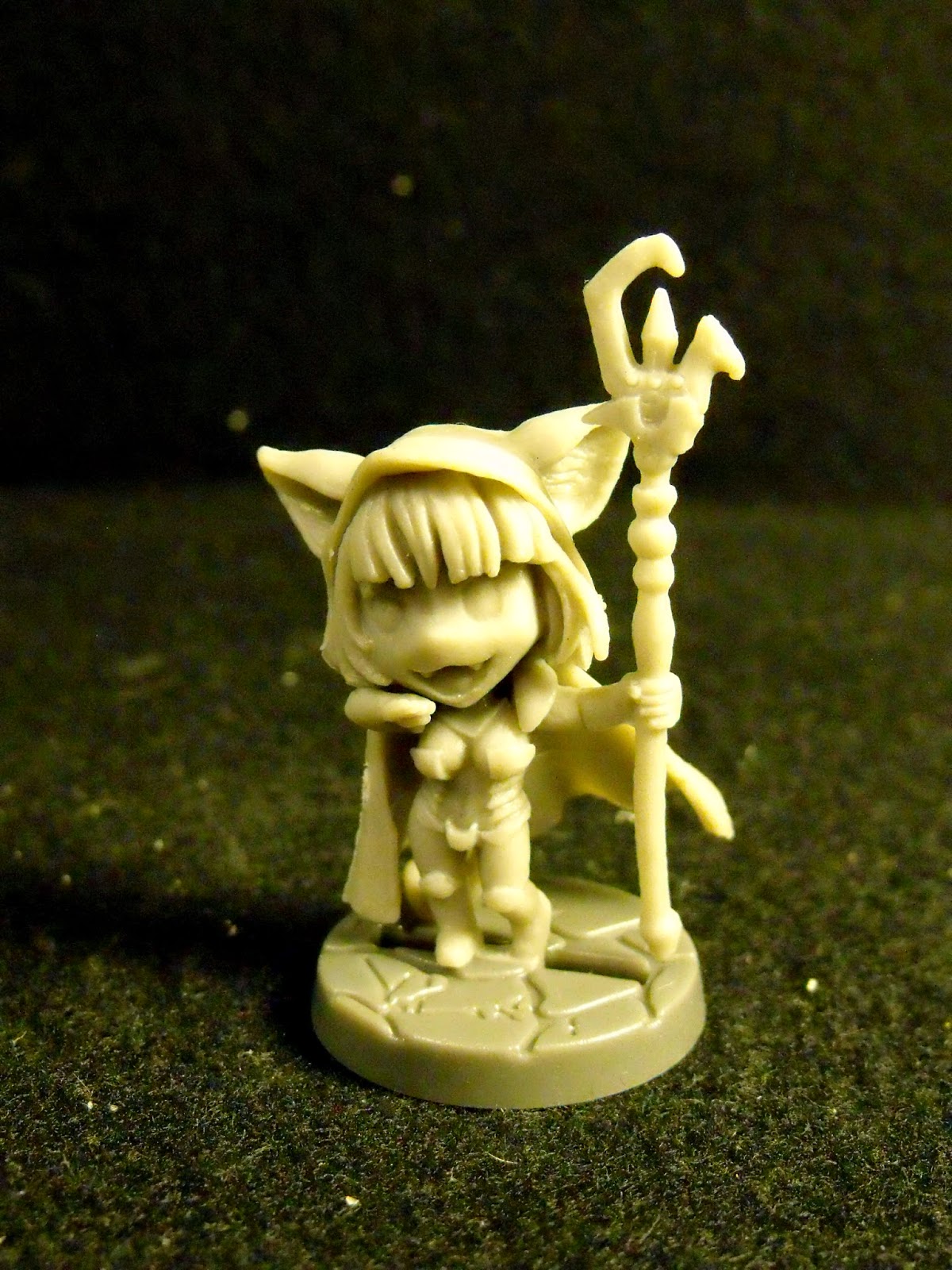 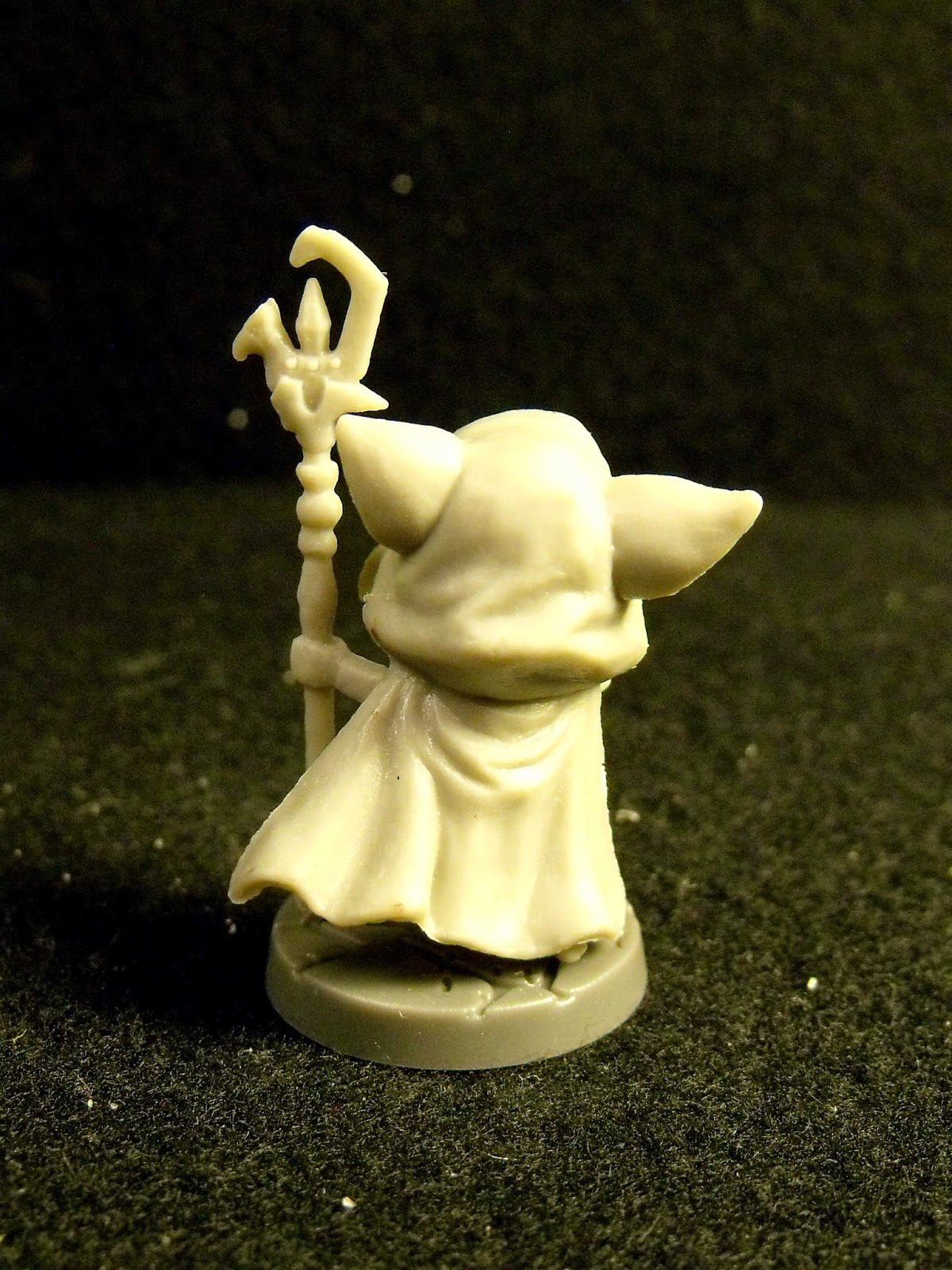 Kisa is really cute and she should be really fun to paint. Since she's a cat person, she'll go along well with Nyan Nyan too. Though I think Nyan Nyan is actually a person in a cat outfit? The biggest thing is, I hope she's different enough from the other spell casters to warrant being used. So far the only one that really sees much play time at my table is the Ember Mage. 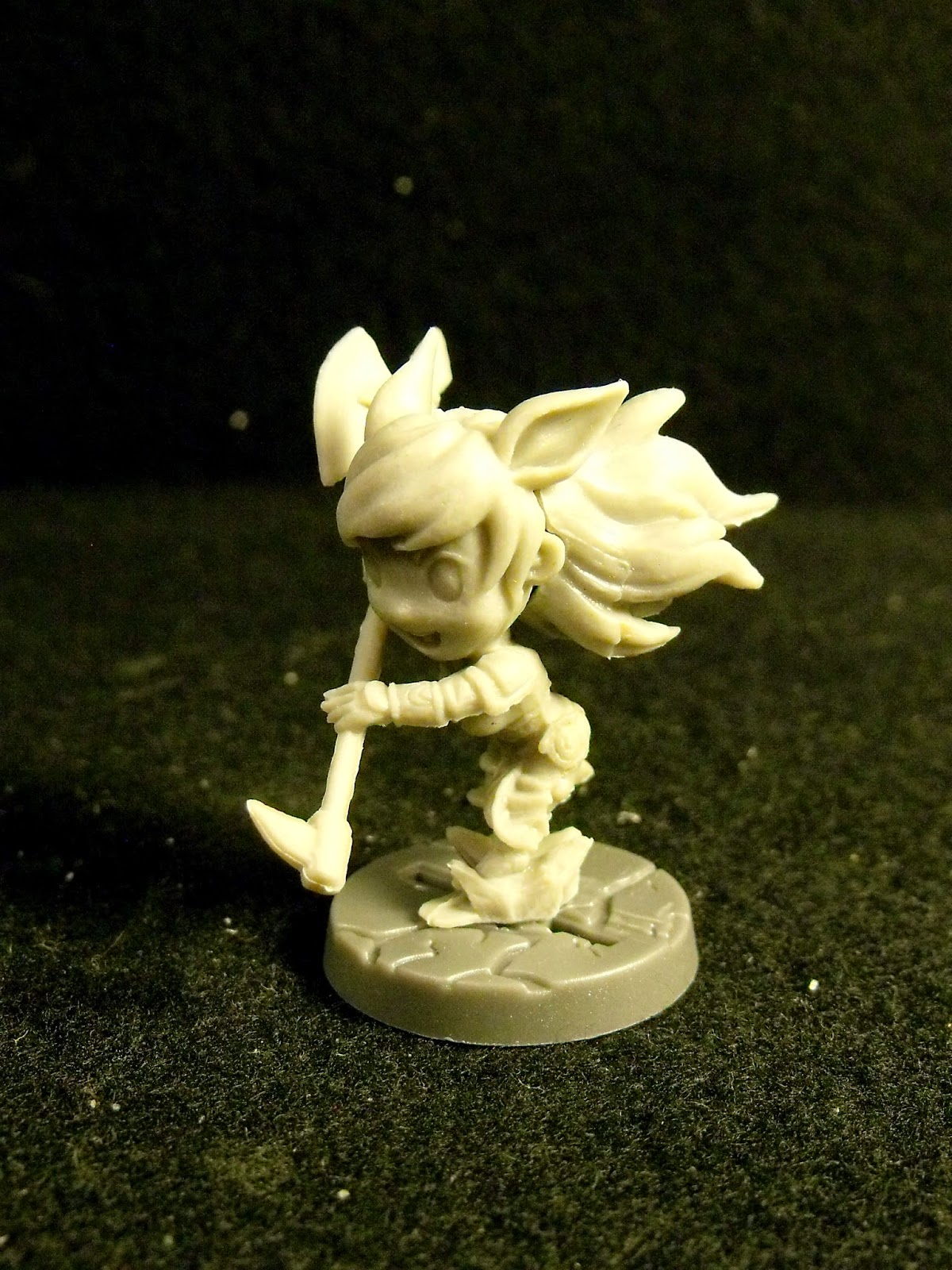 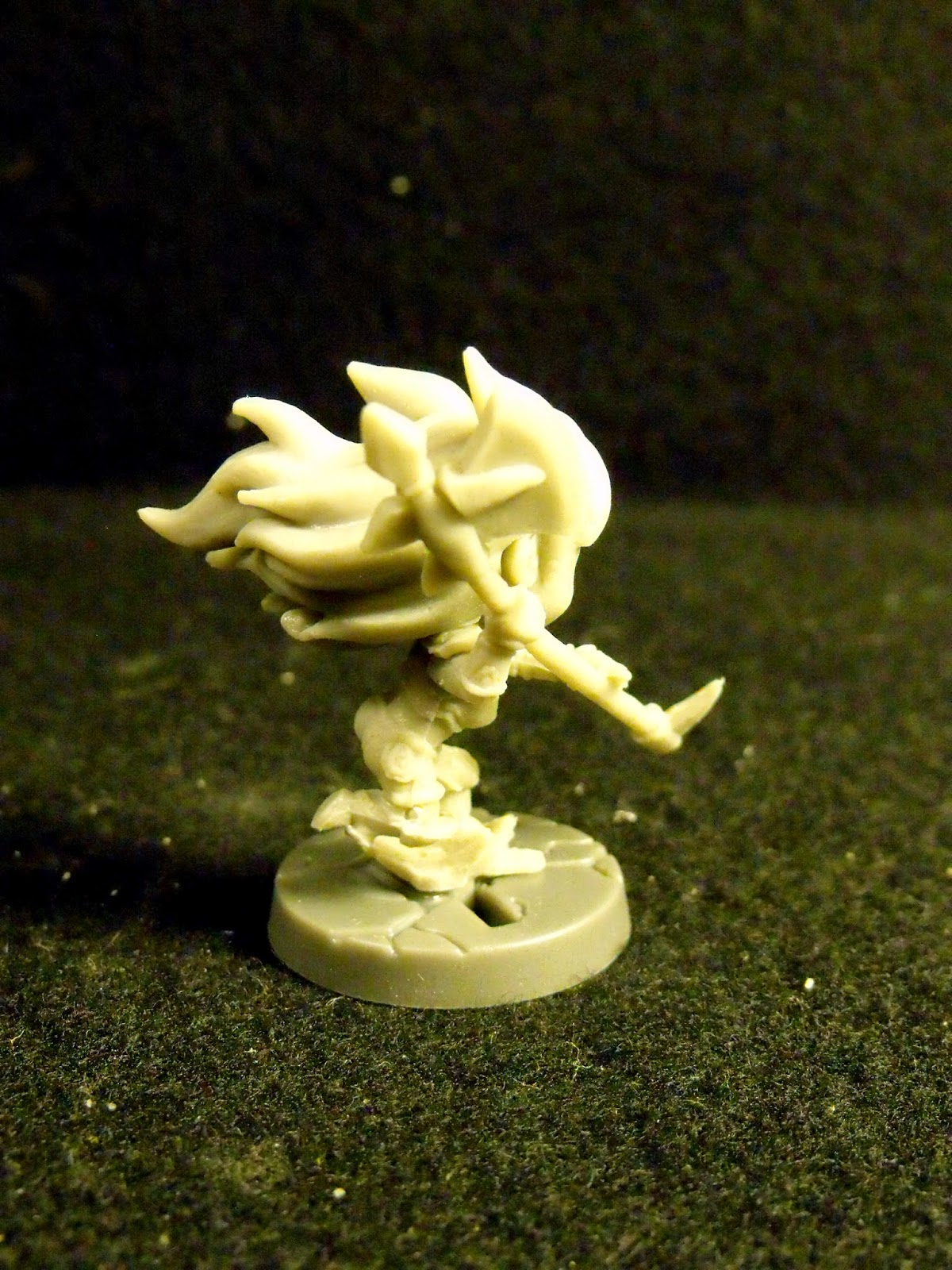 Malya reminds me of the bunny people from Final Fantasy Tactics and Final Fantasy XII, which is sweet. At first I thought maybe she was a dragoon, or something and was wielding a spear. It wasn't until I got the model in hand that I realized it was a halberd. That's pretty cool, I like halberds and you don't see a ton of them in RPGs. Other than Calico Kate, I think she's the only one that has some aspect of her Cypher hinted at in their model. Kate with the bomb and Malya with the bunny ears. 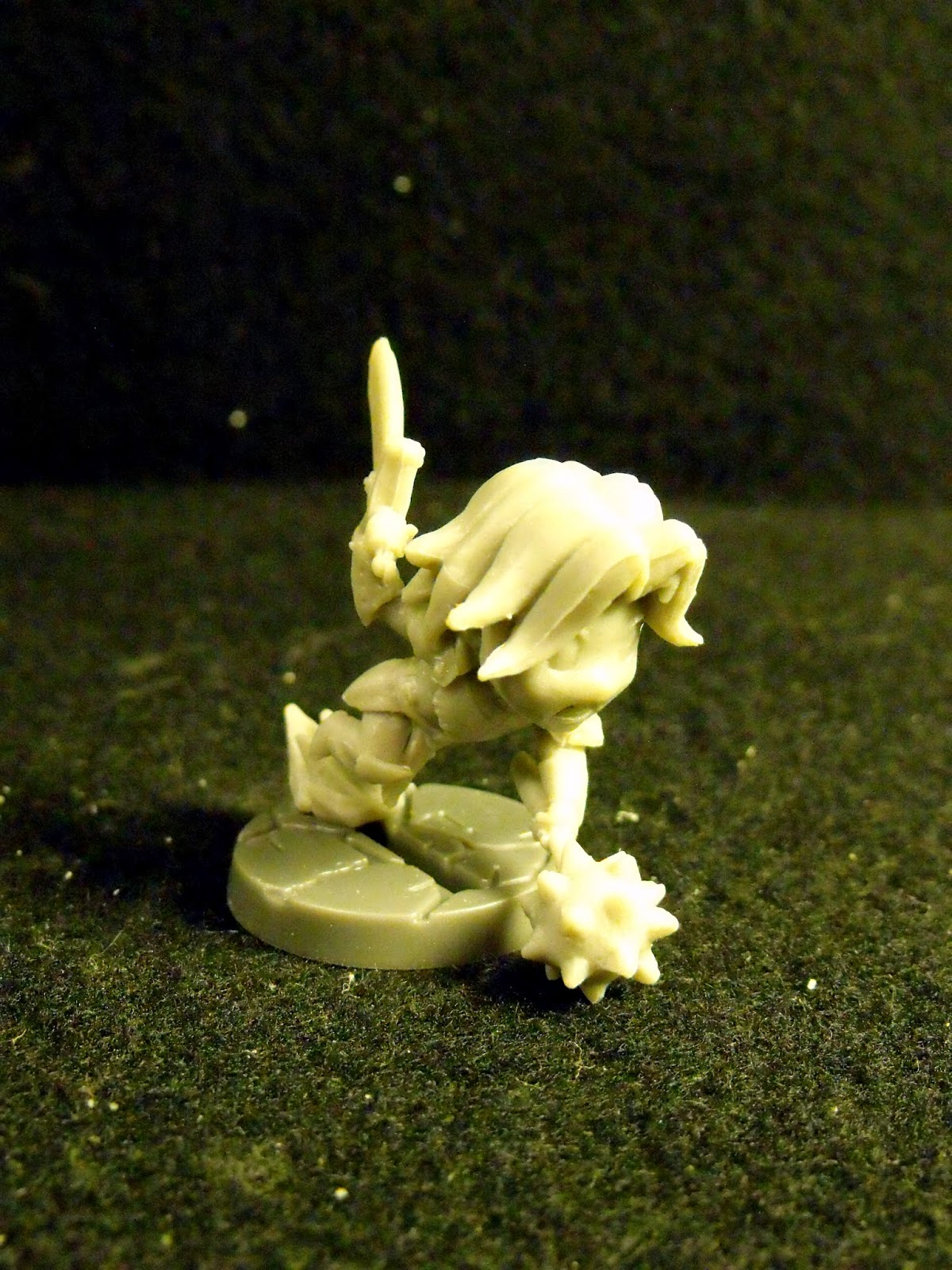 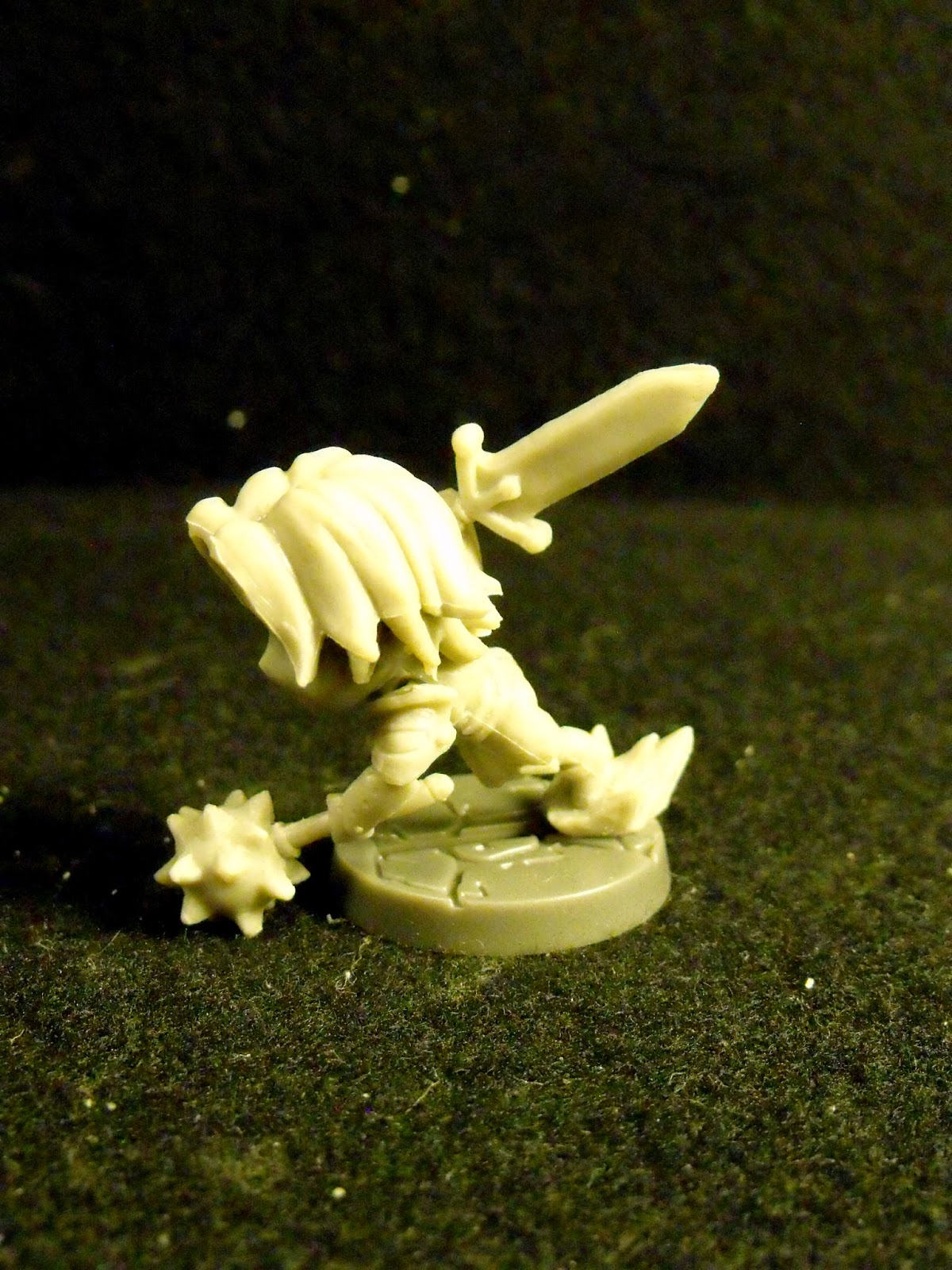 I'm super pleased with Sebastian's model. At first I thought he was going to be kind of generic, since we already have a paladin in the game. But the addition of having him dual wield his sword and mace is a nice touch and it calls back to his Relic, which wields the same weapons. I am worried that he might be a little tippy though, like the Barbarian is.

In all, I am super pleased with the Super Dungeon Explore minis. They will be a welcome addition to the game for sure. I'm glad that Soda Pop made them as a bonus, even if it was to drag in SDE fans into their new game. I'm also happy for folks that didn't get in on the KS and aren't locked out of getting them, thanks to Soda Pop's decision to nix the idea of exclusive/ rare add ons for their games.

That's all for the week of Relic Knights! Overall I am pleased with the finished product. I think that there is a slight issue with the the scale of some of the models and I wish that the Cyphers were slightly larger. Some of the models could have been a bit less fiddly during assembly, but in general all the pieces were easy to determine which went where. The quality of the models are nice and I didn't have very many issues with bad or broken parts. There were the missing Hell's Belles, but Soda Pop and CoolMini have both confirmed that it was a faction wide botch at the factory. Personally, I would have preferred that the models came on uncut rather than loose. It would have made things like this less likely to happen.

I hope that my opinions and pictures proved helpful and that it'll help rebuild hype for this new game of Soda Pop's. I'm glad to have been a part of it and it's great that it's finally getting into the backer's hands. Hopefully it'll show up in a FLGS near you soon too and we start seeing games played in hobby stores. That'd be wonderful.

Also, in other SDE news... Soda Pop opened up the Pledge Manager for the Forgotten King expansion pack and it's goodies last night! I'll have a post up on the as soon as I lock in my rewards (which is very likely everything, I love my SDE).