These cases are actually about 11 months old. I originally made them to store my ships for the Star Wars: X-Wing Miniatures Game, back in January or February, 2014. But I didn't care for the way my labels came out... they looked too homemade. So this week I decided to do something about it and redo them, this time with a nice glossy finish. 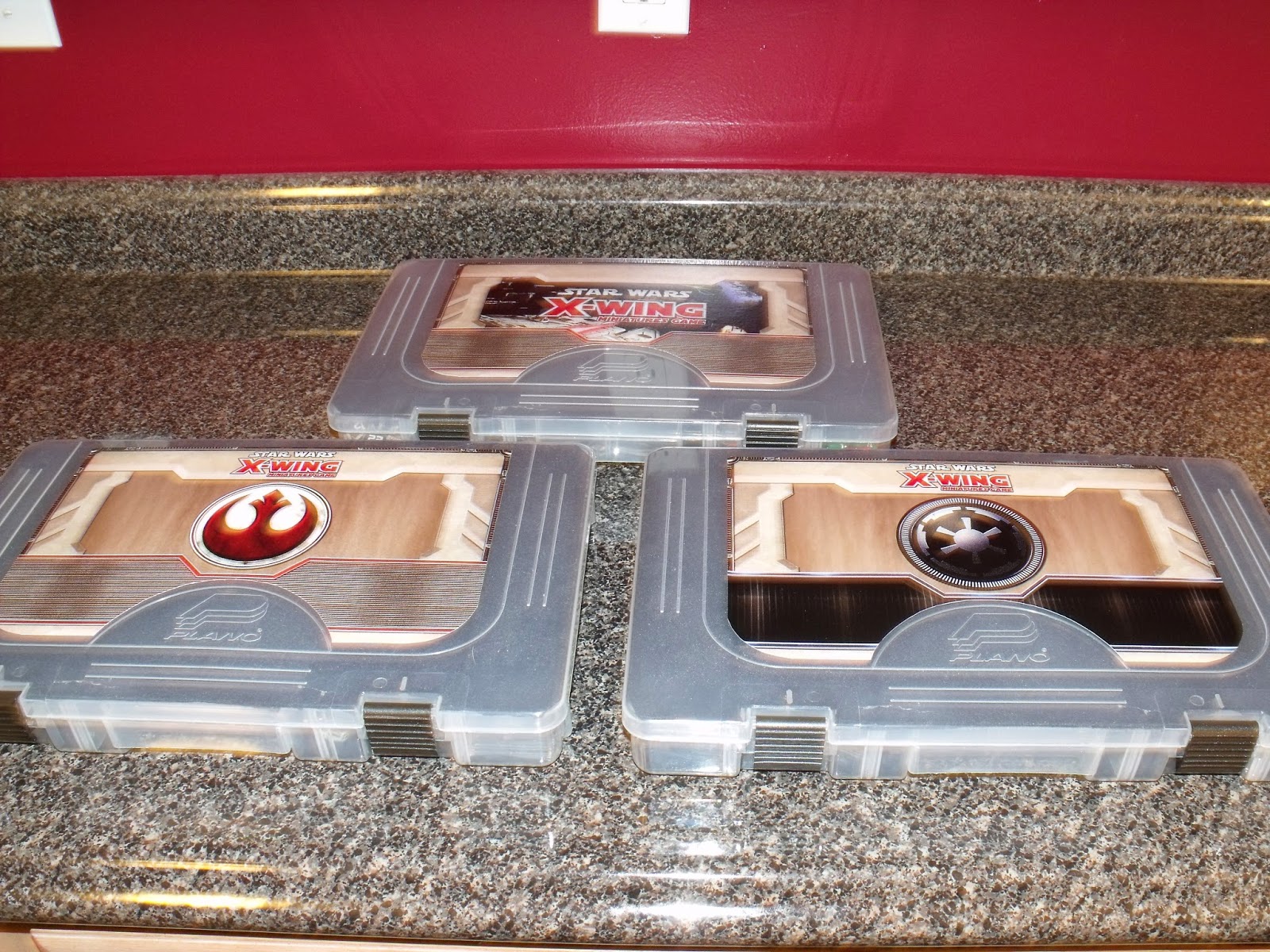 These labels are all custom made using scans of box art and card art from the game. I dropped all the scans into Photoshop and played around with layout and designs for a few days. I gave the Rebels and the Empire their own look by using the accents from the Millennium Falcon and Slave-I boxes and centered their faction symbol in the middle for easy identification.

I wanted to stay away from having "Rebels" and "Empire" worded on them and tried to keep them as clean as possible. On the original labels, I didn't put the "Star Wars: X-Wing Miniatures Game" title on them, because I thought it would ruin the look.
But on the new ones I decided I preferred the logo on there to tie the cases all together. 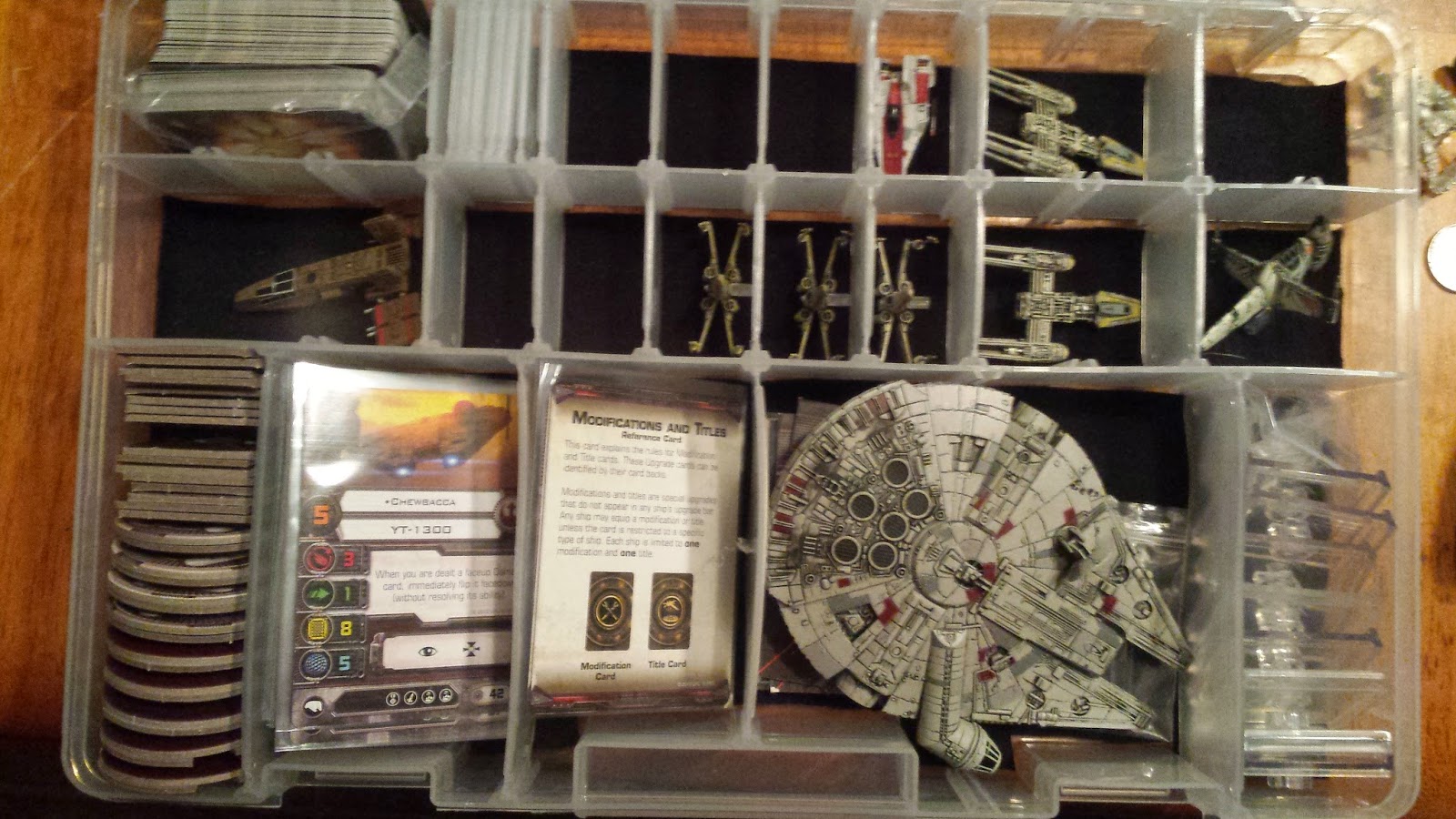 The insides of the cases are lined with black fleece. This is to help keep the ships from rattling too much. The fleece was cut to size and then adhered with Elmer's spray glue. I only did the bottom and and lid though as I'd had hit or miss success with lining the walls before. But it all works out. 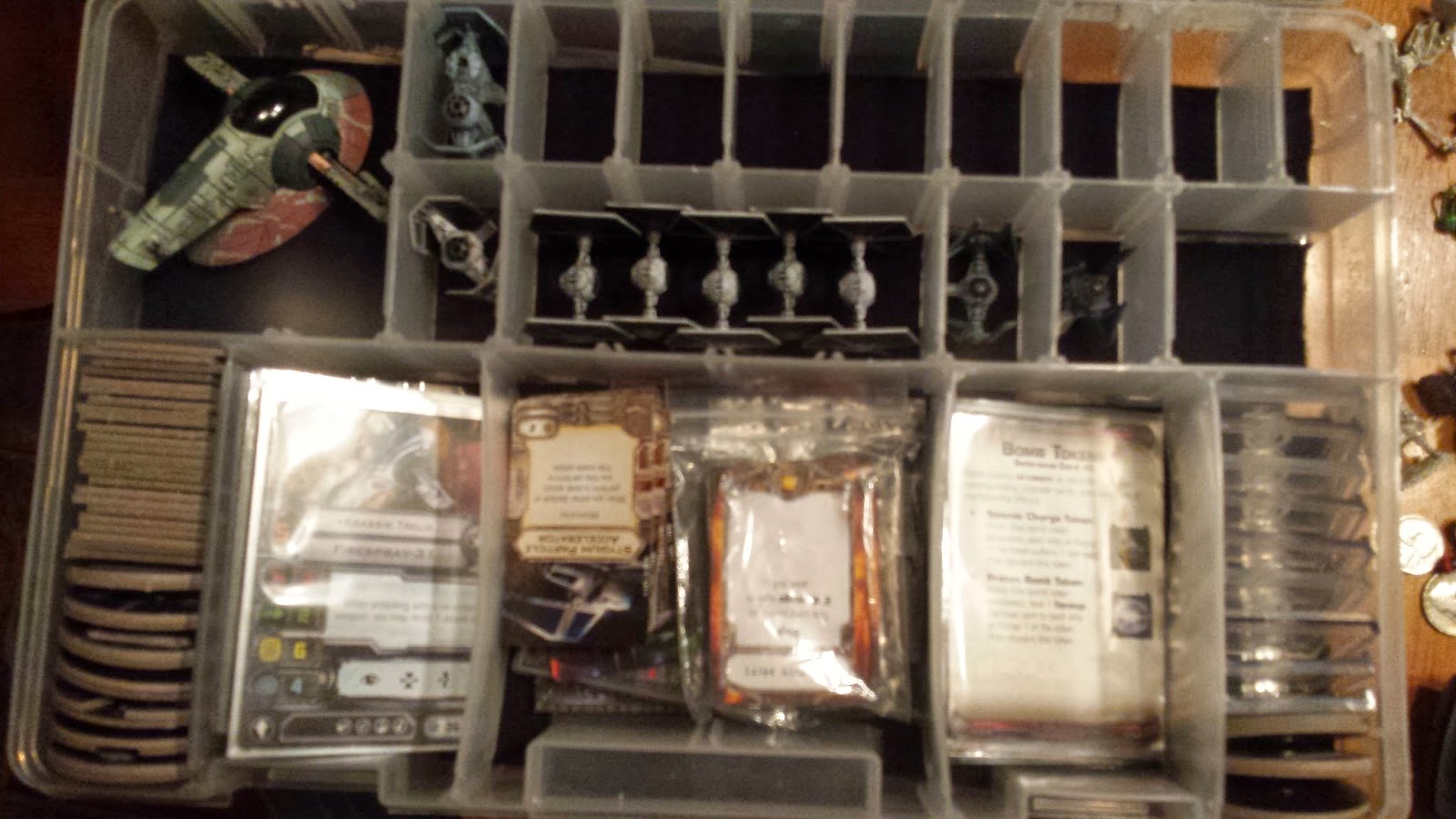 Some sections of the cases needed to be cut out, most notably in the Empire box. In order for Slave-I to fit, I needed to cut a wall out and make a larger square section. This is because of the way the bottom left and right corners come together. Luckily I didn't need to do anything to the Rebels. But I may need to think of something once I get the other 3 large ships.

The new labels were printed using the sticker paper again, but this time I followed it up with gloss spray varnish. It took multiple coats in order to get the coverage and shine that I was looking for. But dang they look a lot better. The gloss makes the colors pop a lot more than the plain, unvarnished ones did. They also look a lot more professional too. Which, as a trained Graphics guy, is really important to me.
Posted by Scott Ferguson at 1:36 AM
Email ThisBlogThis!Share to TwitterShare to FacebookShare to Pinterest
Newer Post Older Post Home