It's Thursday! That means we jump into the time-stream and go back to revisit some of my older miniatures and projects. It's Throwback Thursday! This week we are going to take a look at another RuneQuest mini. This time it's an Initiate of Humakt. 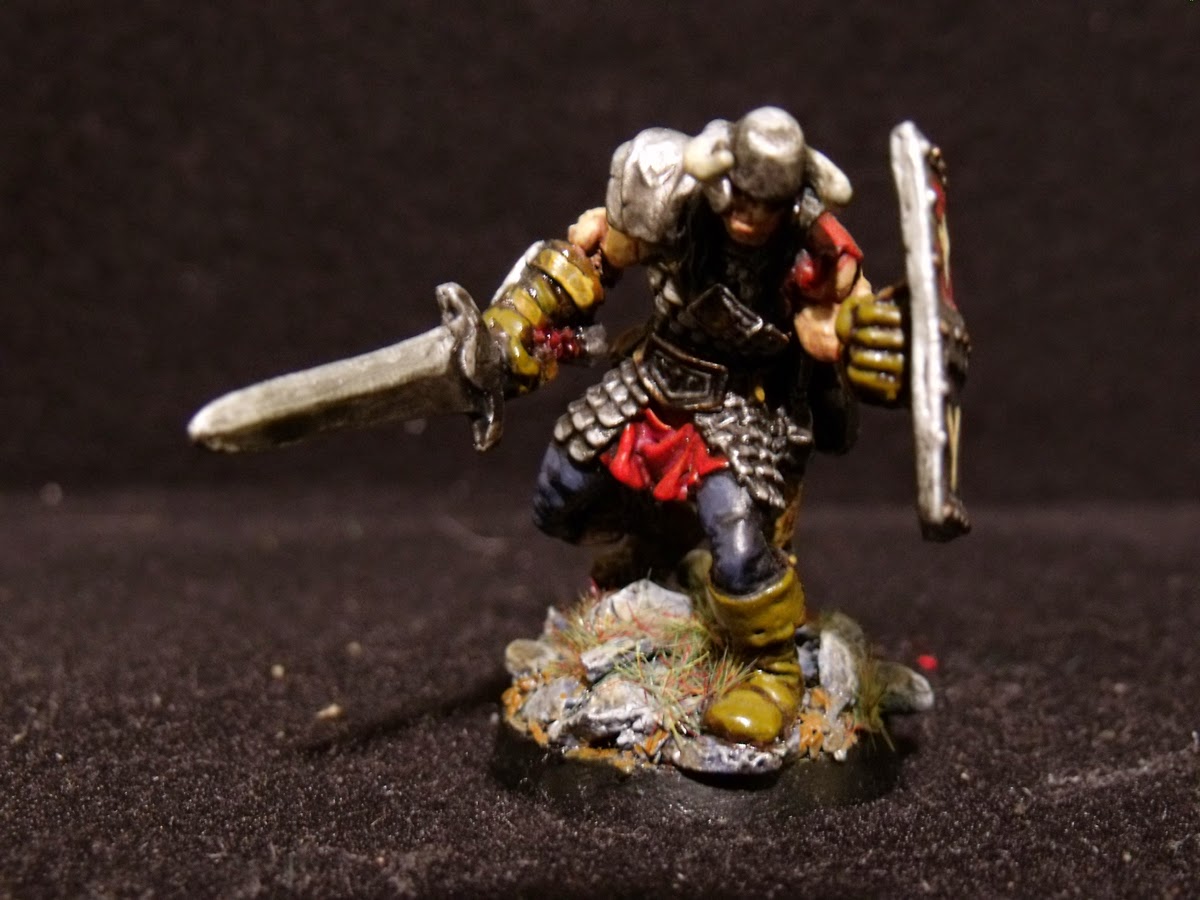 When playing RuneQuest, we played in the Glorantha setting, which is big on their deities and has a hugely detailed mythology regarding them. In the games we played, we were always followers the Orlanthi pantheon of gods. Humakt was the god of death within that pantheon. 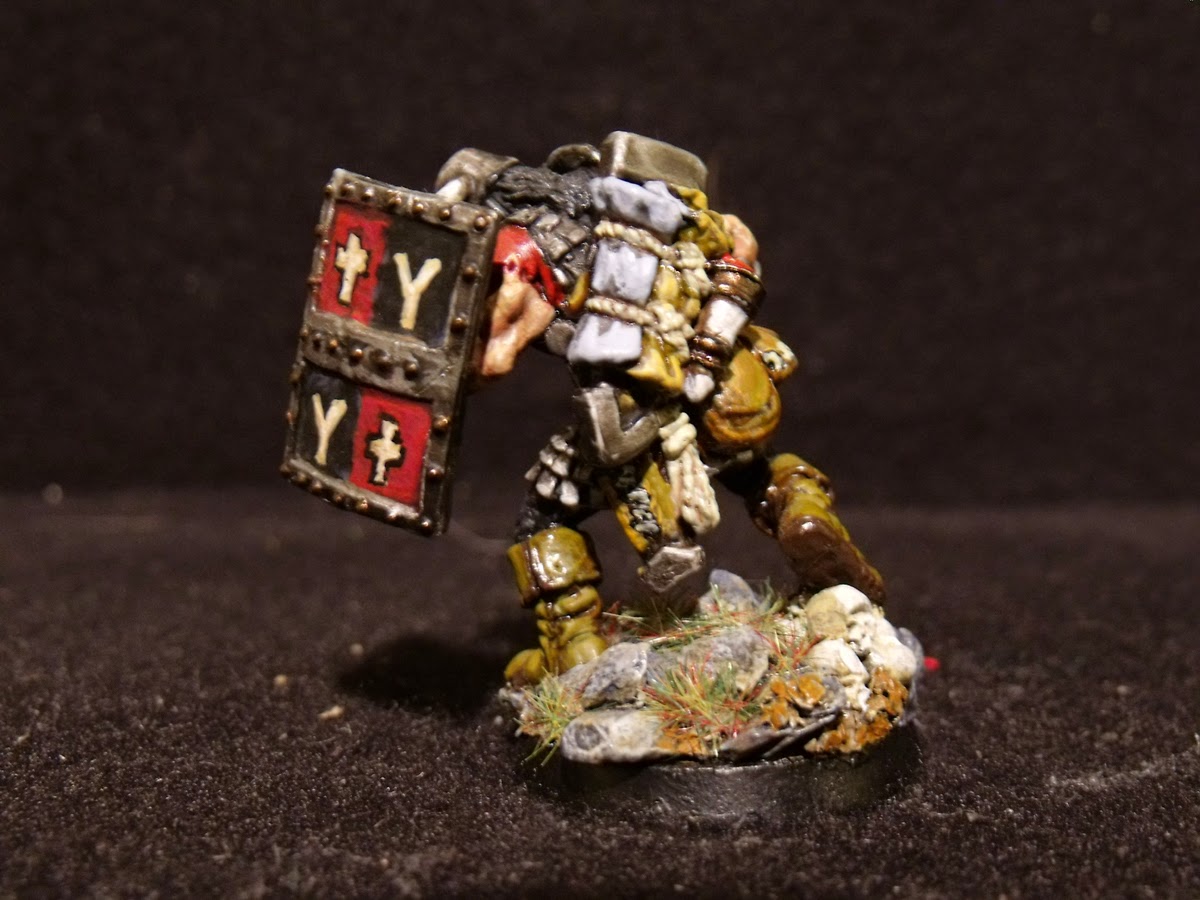 I always liked the idea of a Humakti and usually look to them as my inspiration on how to play a Paladin. The way I played Grim Greycastle, my Paladin of Kelemvor in 3.5 D&D, was taken from they way Humakti act as well. This mini was actually meant to become a Humakti in one of Mark's RuneQuest campaigns. But he never ended up being used.

This mini is also one of the first that I ever attempted a more detail base with. At the time I had recently picked up some basing supplies from Games Workshop, including static grass, rocks and a kit of Warhammer 40,000 basing materials. Within, I found a skull pile and thought to myself that it would be super cool if he was standing on top of it. 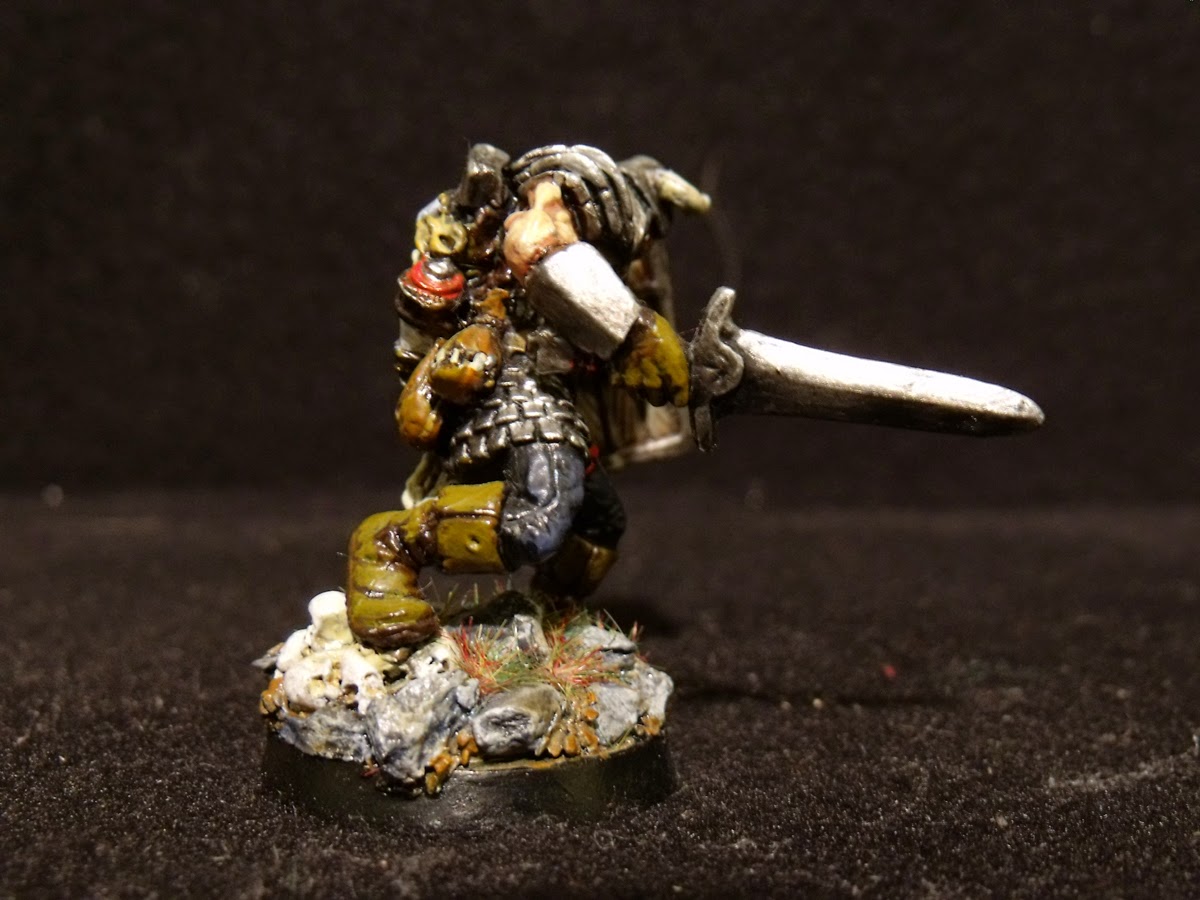 In order to get his stance correctly, it required me to cut him loose from his integrated base and then bend his leg into position. I remember it being a really long process too, because at that point I hadn't bought a razor saw yet, and had to do all my cutting with a regular xacto blade.

Now that I think of it, I think this is also the first mini I ever removed from a base too. Luckily I didn't remove any fingers in the process. 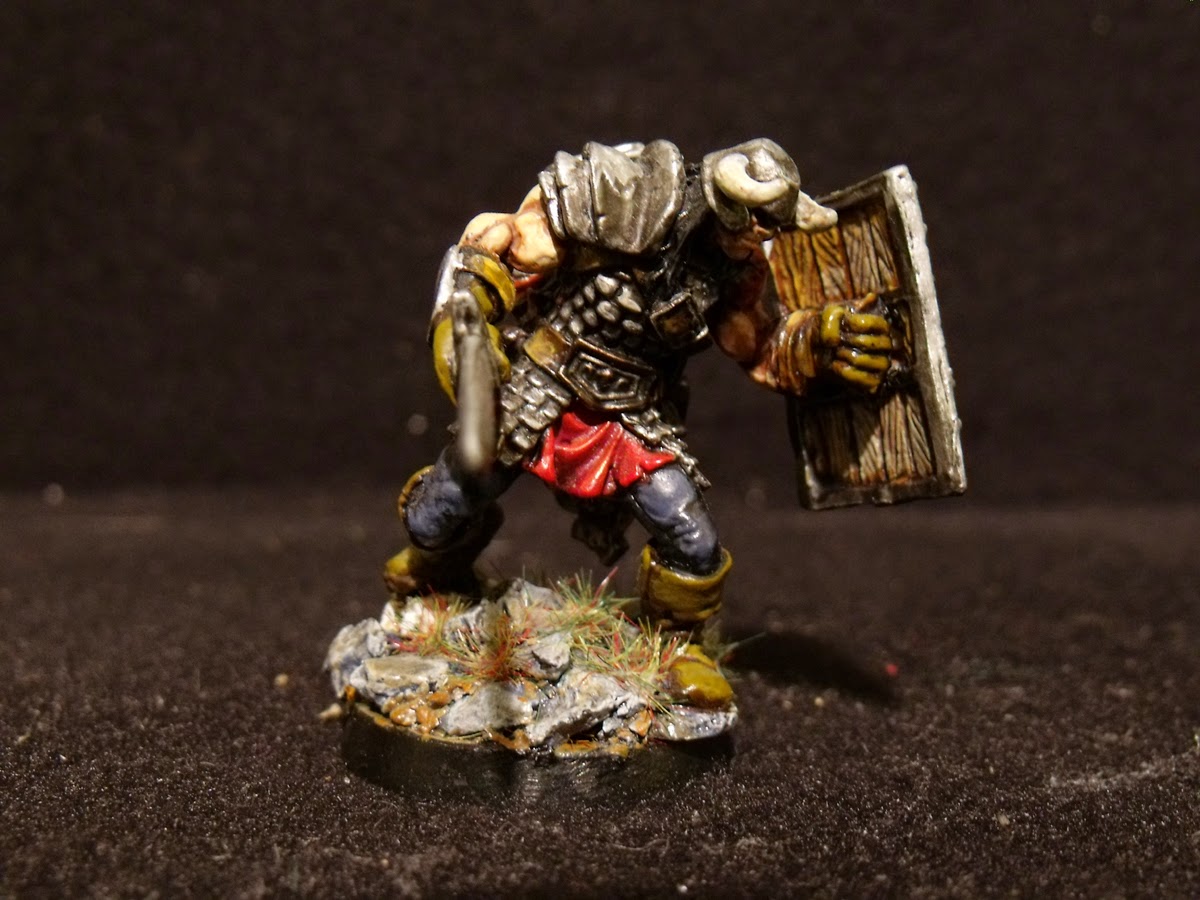 He was painted up with red and black/grey, because at the time I had
only ever seen one other mini painted up as a Humakti and that was my Uncle's friend's original player character, who he had commissioned. So from then on, Red/Black just seemed to be the cult colors for them.

His shield is emblazoned with the the Runes of the cult, the cross being the Gloranthian Death Rune and the Y being the Truth Rune. Now a days I could probably make them more impressive. But back then I had very little freehand practice.

I really like this mini and whenever I see him it makes me want to play RuneQuest. Sadly, at this point, I don't know if/when that will ever happen again.