It's Thursday! That means we jump into the time-stream and go back to revisit some of my older miniatures and projects. It's Throwback Thursday! This week we're going to take a look at another Warhammer 40,000 model, a Space Marine Terminator Captain! 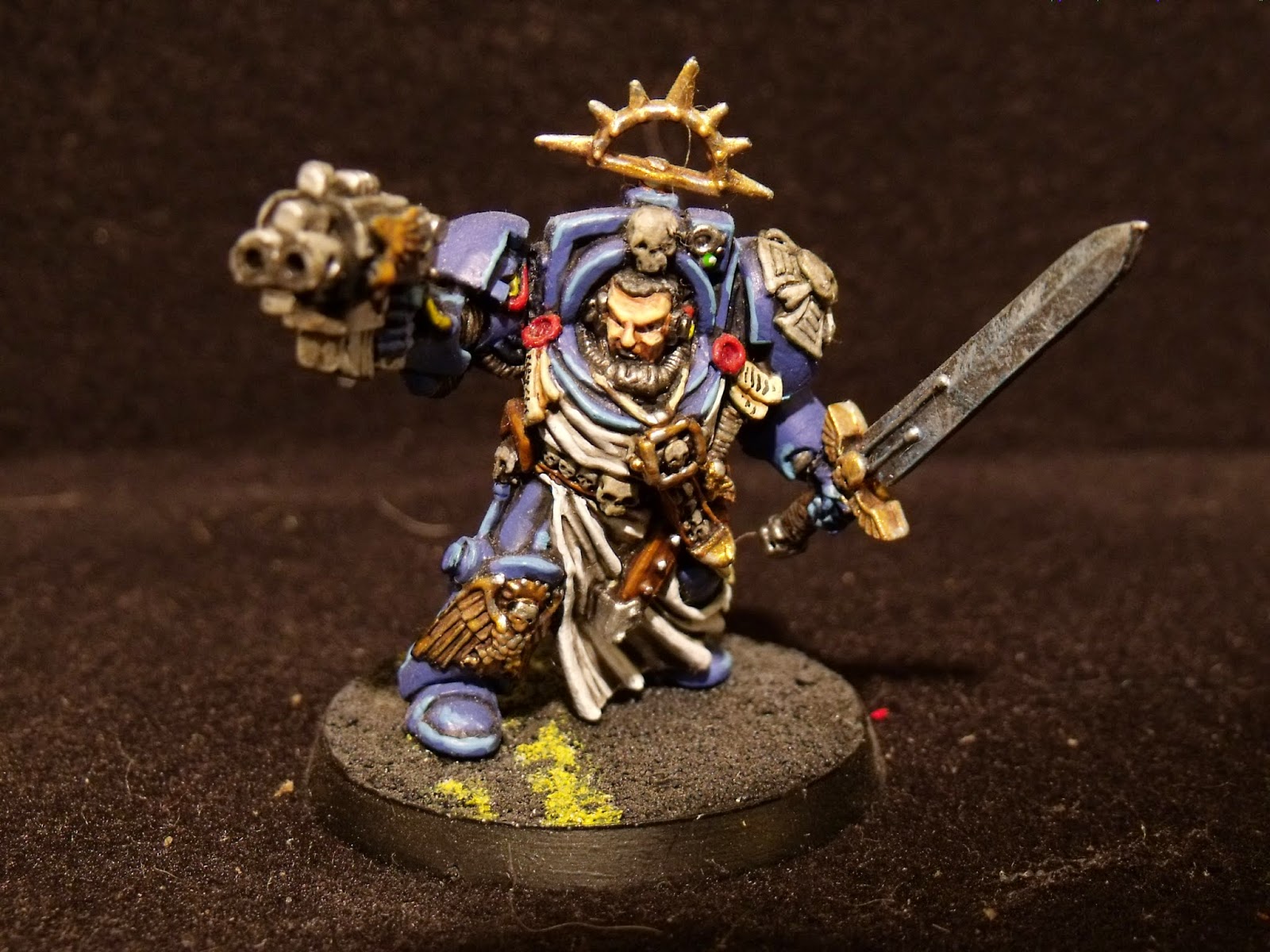 Every so often I get a bug for Warhammer 40,000. I never have played the game, but I really like the setting and the Space Marines in general. Usually the itch for 40k gets scratched with playthroughs of Dawn of War II, Kill Team or Space Marine. But on a few occasions I've painted minis too, and this Space Marine Terminator Captain was the most recent of those minis. 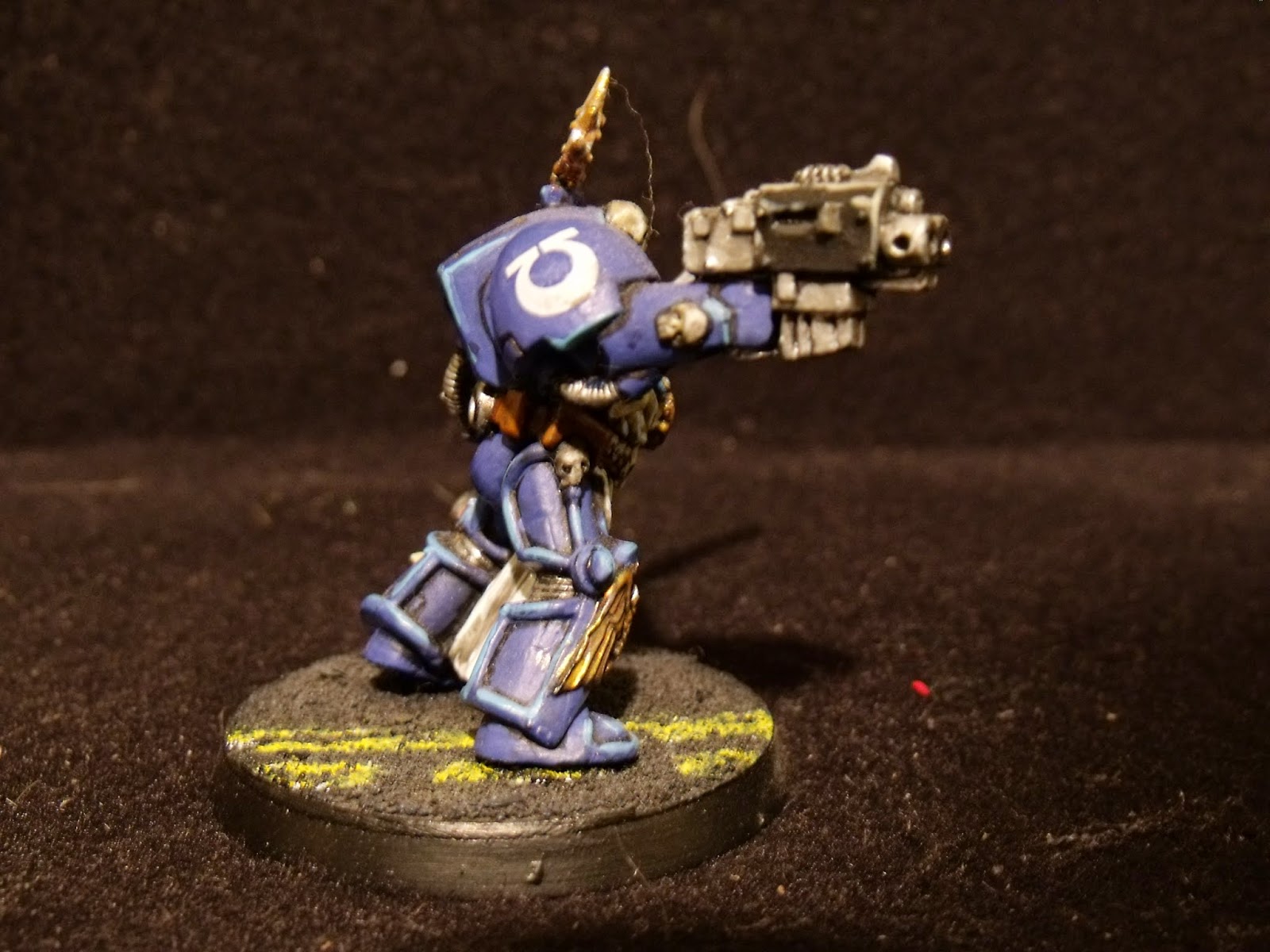 Much like the Dreadnought and the Limited Edition Sergeant, I painted this guy up like an Ultramarine. I was originally going to paint the
Ultramarines U on his shoulder pad, but after a couple attempts I decided to use a transfer decal instead. 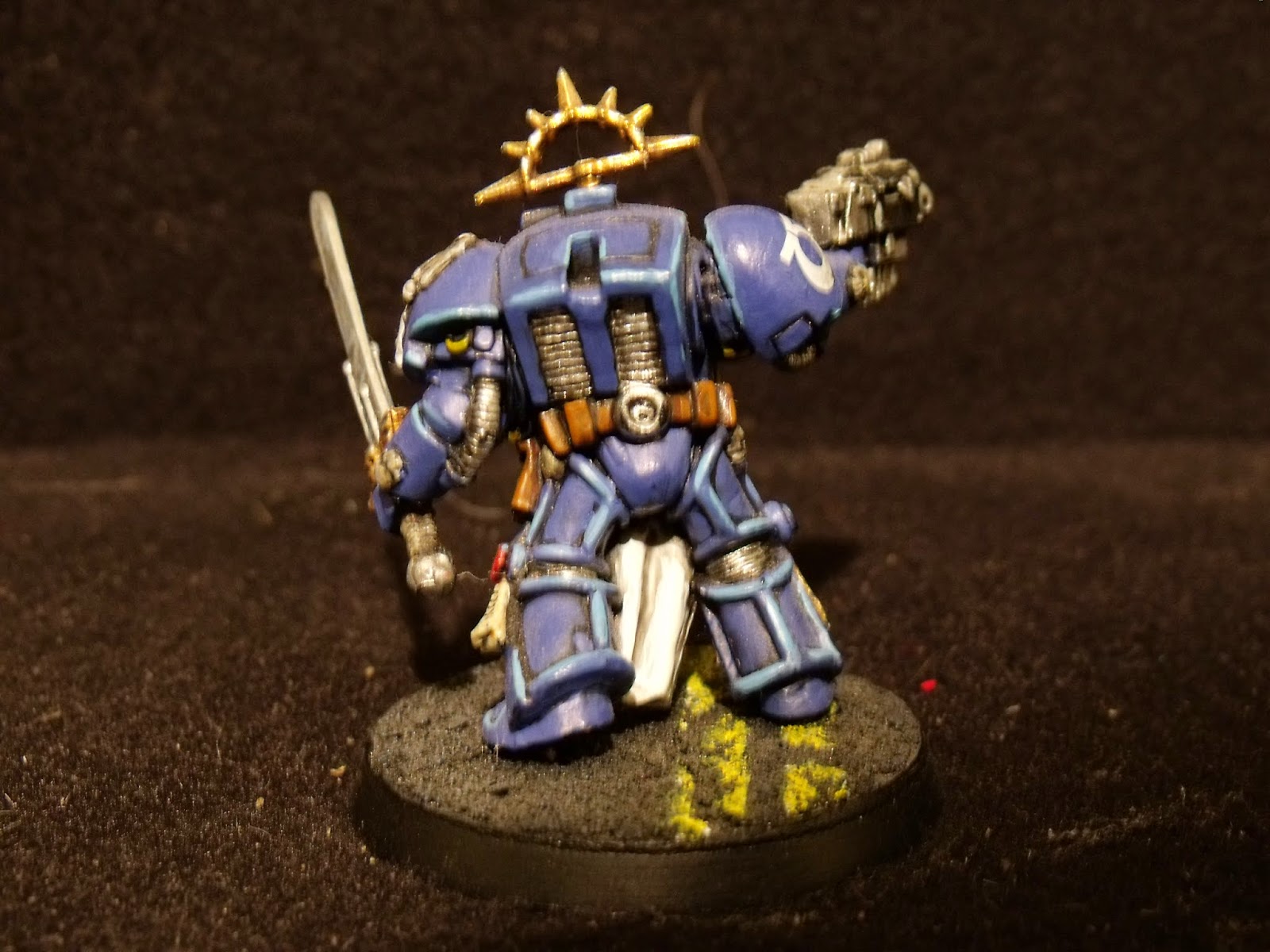 I wasn't sure what I was going to do for a base. At this point I hadn't discovered cork and I didn't want to do grass. So after a bit of hemming and hawing, I finally decided to go with a street style base. If I remember correctly, this guy was the first time I ever attempted asphalt for a base and I'm really happy with the result.

Overall, I'm really happy with how it turned out. He's been out on display for years and every time I look at him I really want to get some more 40k minis to paint. Thankfully, for now, I have Space Hulk to paint! But I do have a couple ideas involving 40k models too. So maybe one day I can knock those out. 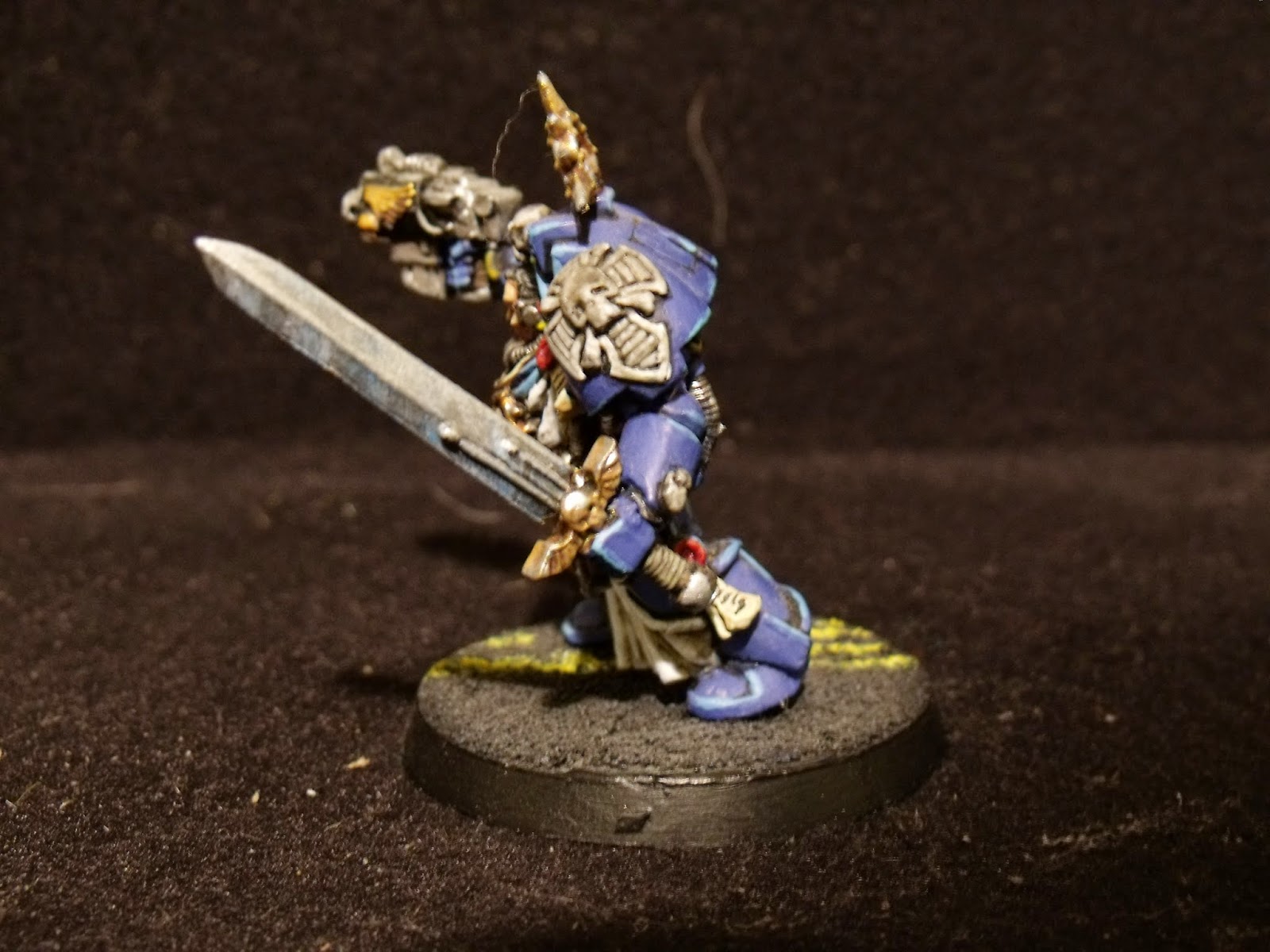