The Keeper and His Zombie Horde 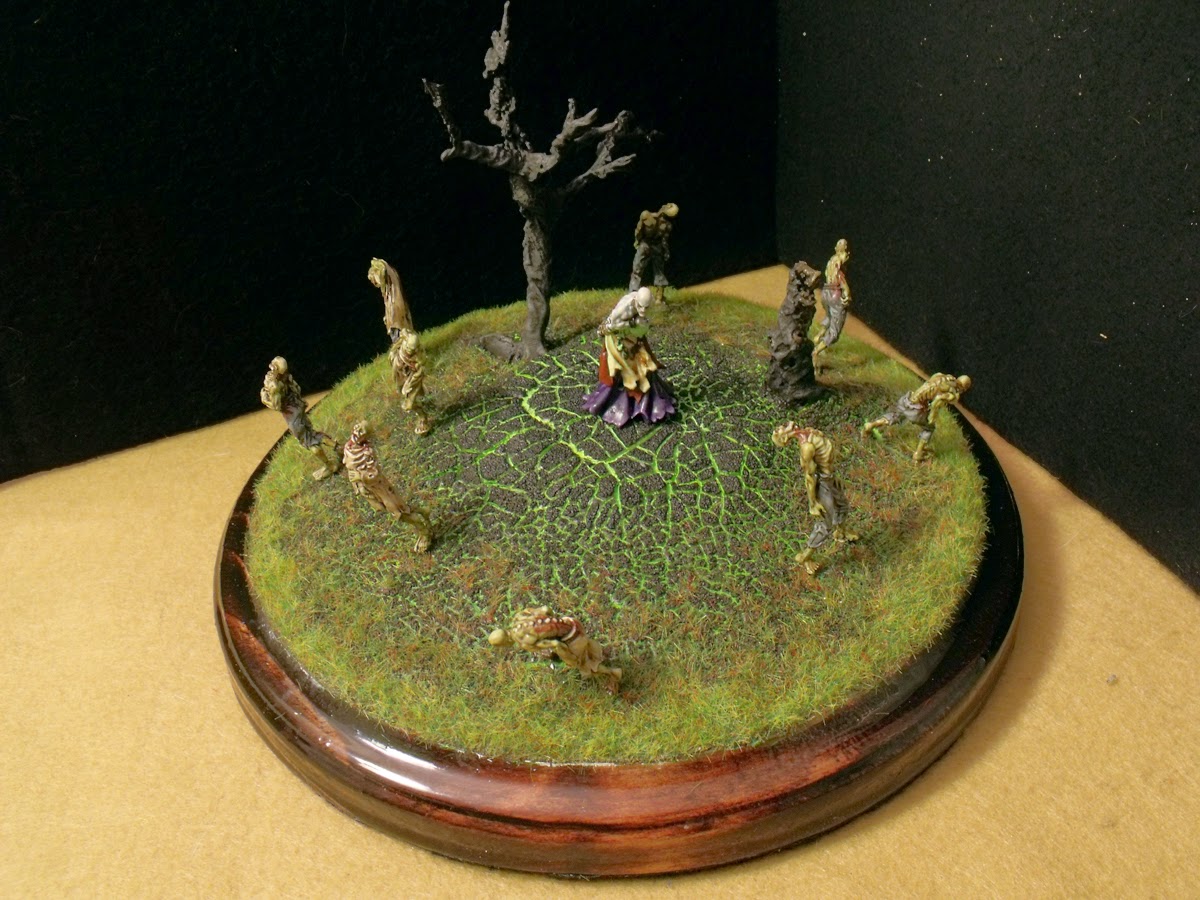 After weeks of work The Keeper and His Zombie Horde is complete! I learned a lot of new tricks and I think I've even been able to develop some new skills too. I'm really pleased with the final product and it was completely worth all of the tedious steps that were involved in it. 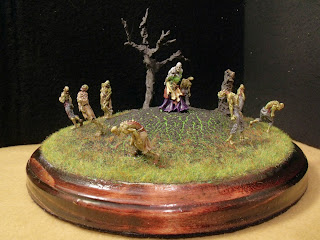 As I mentioned before, I originally got these minis as part of Red Box Games Helsvakt Kickstarter. The zombies were the main selling point, but the Keeper was high up on my list as well. While I would have LOVED to make a necromancer D&D character and use the Keeper as my mini. The horrible truth is that we just don't play D&D in person any more and he'd go unused forever. 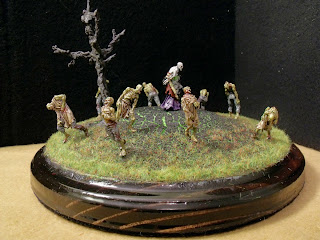 That said, I decided that he would be a display miniature. The next issue was deciding on a theme and layout. It took me a while to decide on
how I wanted to arrange them and the base went through a bunch of sketches. At one point I was going to have the zombies rising out of the ground. But these models are so cool, I really didn't want to hide any of them. The next idea was to have the Keeper up on a cliff with the zombies in a valley below, but I nixed that idea as well. Finally I decided on a round base with the keeper surrounded by zombies. 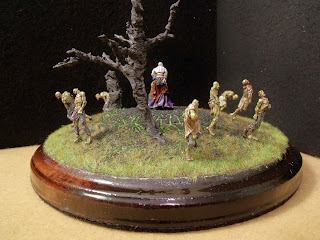 The idea of cracked ground came about thanks to the sidelined project for Hayadi, my Ice Sorcerer in Pathfinder. I originally picked up some crackle paint for ice on his base, but I never finished it. The crackle paint sat on a shelf for a month or so and I really wanted to play with it. So I painted it on and made it look like desecrated ground. The results were great! It looks even better with the static grass applied. 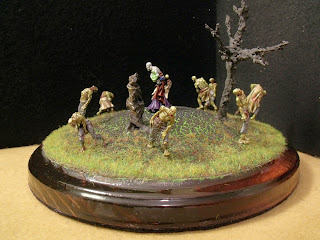 Overall, I think this is one of my favorite pieces to date. I had a lot of fun posting about it and working on it. You can find the WIP posts under the tag The Keeper. While I thought that it was going to be harder to work with Red Box Games miniatures, since they are smaller than I'm used to. The size of them didn't really matter and they are great minis to work with. That said, I really need to find a project for the rest of the models I picked up in the Kickstarter.

Red Box Games is run by Tre Manor, who also has done sculpts for Reaper Miniatures. If you're interested in Fantasy miniatures, I highly suggest visiting their site and looking through them all.  I have my eyes on a few other minis of theirs too, which I may have to pull the trigger on eventually.