It's Thursday! That means we jump into the time-stream and go back to revisit some of my older miniatures and projects. It's Throwback Thursday! This week we are taking a look at one of my favorite D&D characters of all time, my paladin of Kelemvor, Grim Greycastle! Plus is cohort/wife Mara and his Celestial Pegasus, Shay. 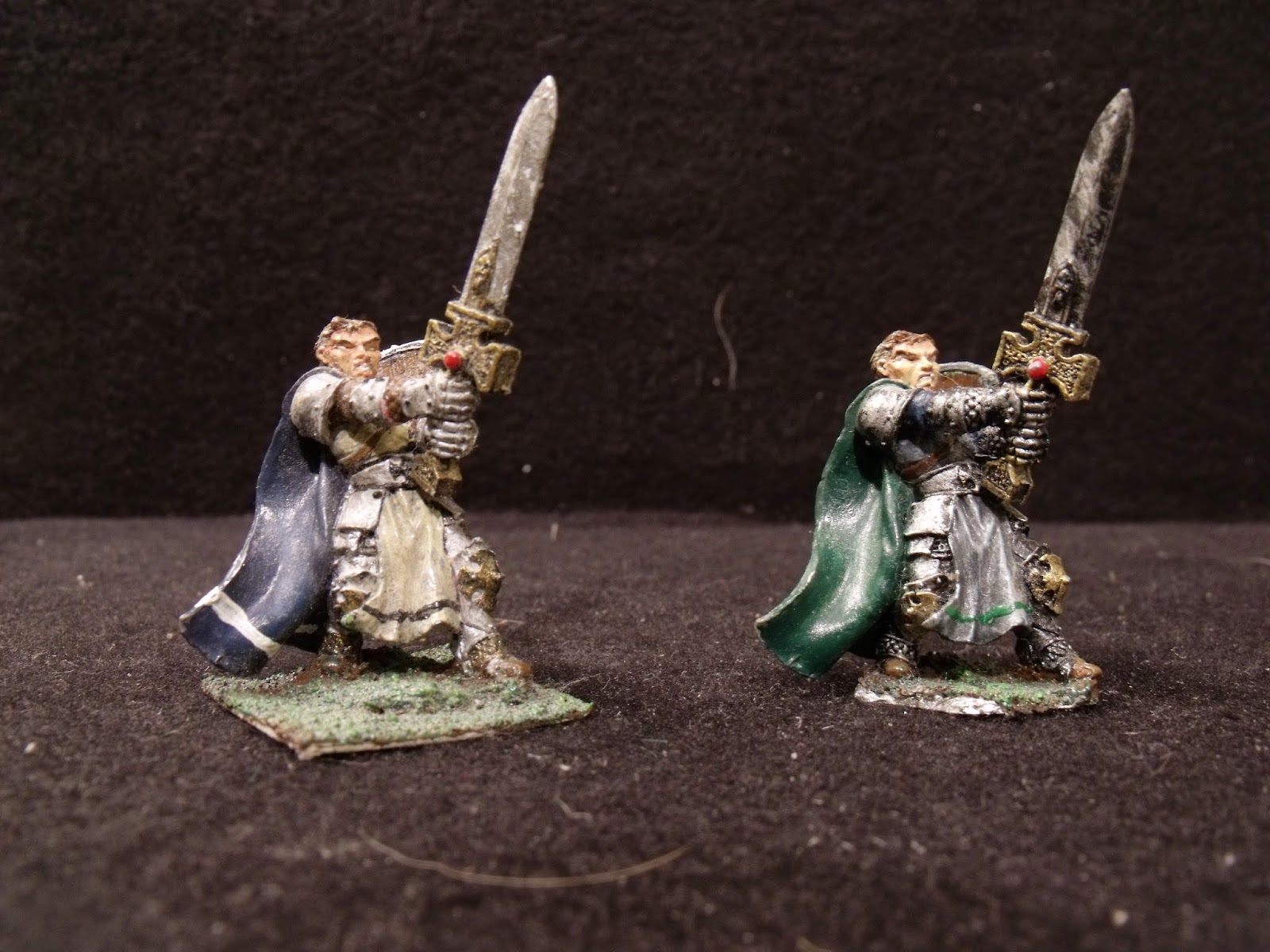 Grim was more than just a Paladin, he was actually a Paladin, Ranger, Rogue, Undead Hunter. He was my main character during the campaign involving Trex the Terrible. We worked in a backstory that he was actually a fallen hero from a war against undead centuries earlier. With the current crisis at hand, the Church of Kelemvor decided to resurrect him using True Resurrection. This was a fun concept, because I got to play a stranger in a strange land, a person who knew he was already looked on as a Hero and was tied in closely with his deity. 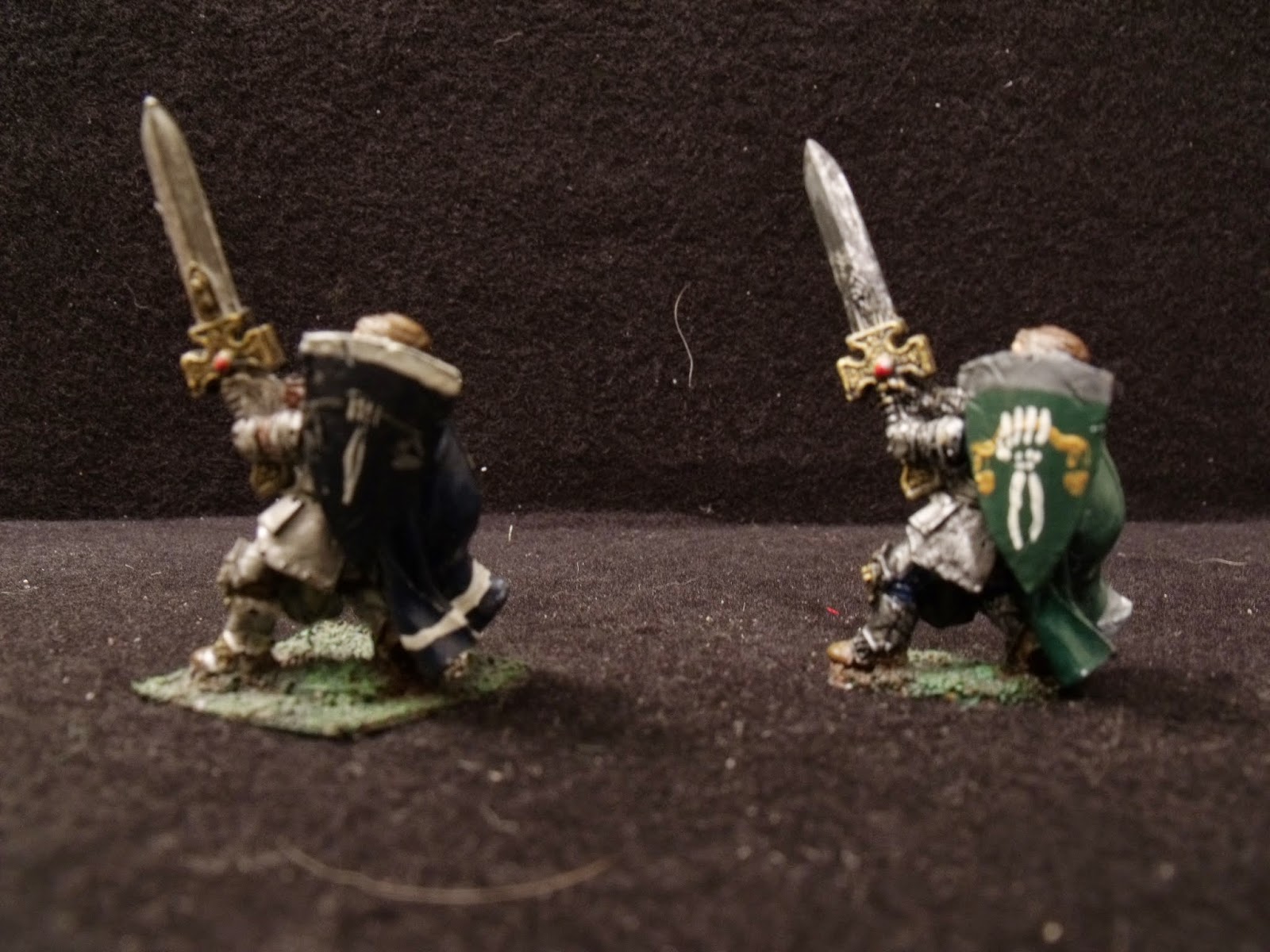 Grim went through various miniatures and originally I painted the first one up in the cliche Blue and White. But it wasn't until I got my hands on the Forgotten Realms book, Faiths and Avatars, that I realized Kelemvor's colors were green and grey. 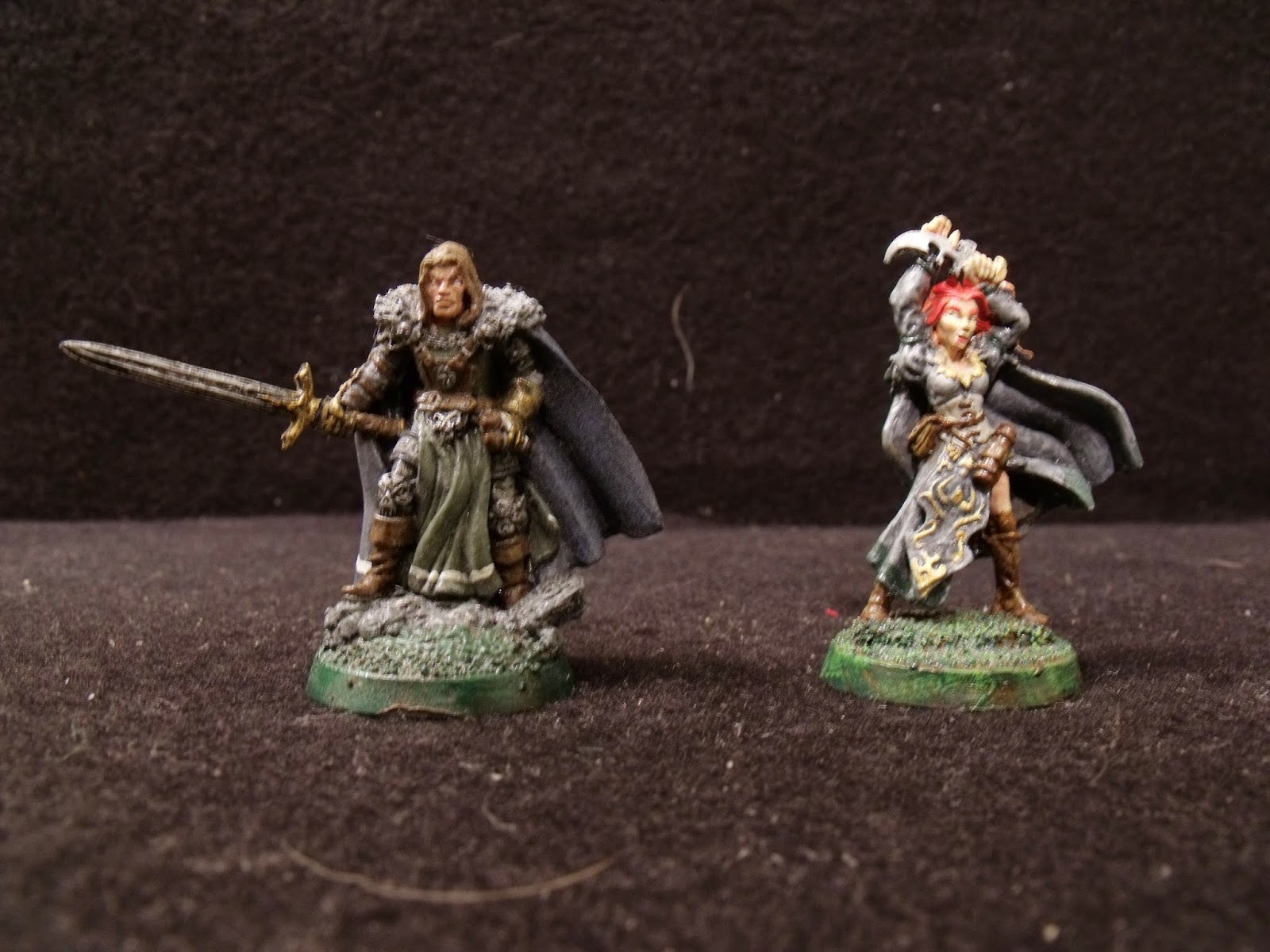 At that point I ordered his second mini and painted him up in Cult colors. This is the same mini as the original one and I like how he turned out. But, like the original, his shield constantly falls off of him. So I decided on a third mini.

The third one was original an "evil cleric" with a morningstar type mace. I cut the mace off of him and replaced it with a sword. This one turned out really nice, but his sword is constantly bending in my travel case. But he's super cool and I think he fits in well as a paladin of the god of death. Mara's mini never changed. I originally created her as a cohort for Grim
when we found that we needed someone with healing. So I rolled up a cleric of Kelemvor and had her following Grim on adventures. The plan all along was that she would become his wife.

Shay also never changed. She's a Celestial Pegusus and I tried giving her a bit of shimmer. She's all white though, which I found difficult to work with at the time. Somewhere during storage her wing broke off and needed to be reglued on too. 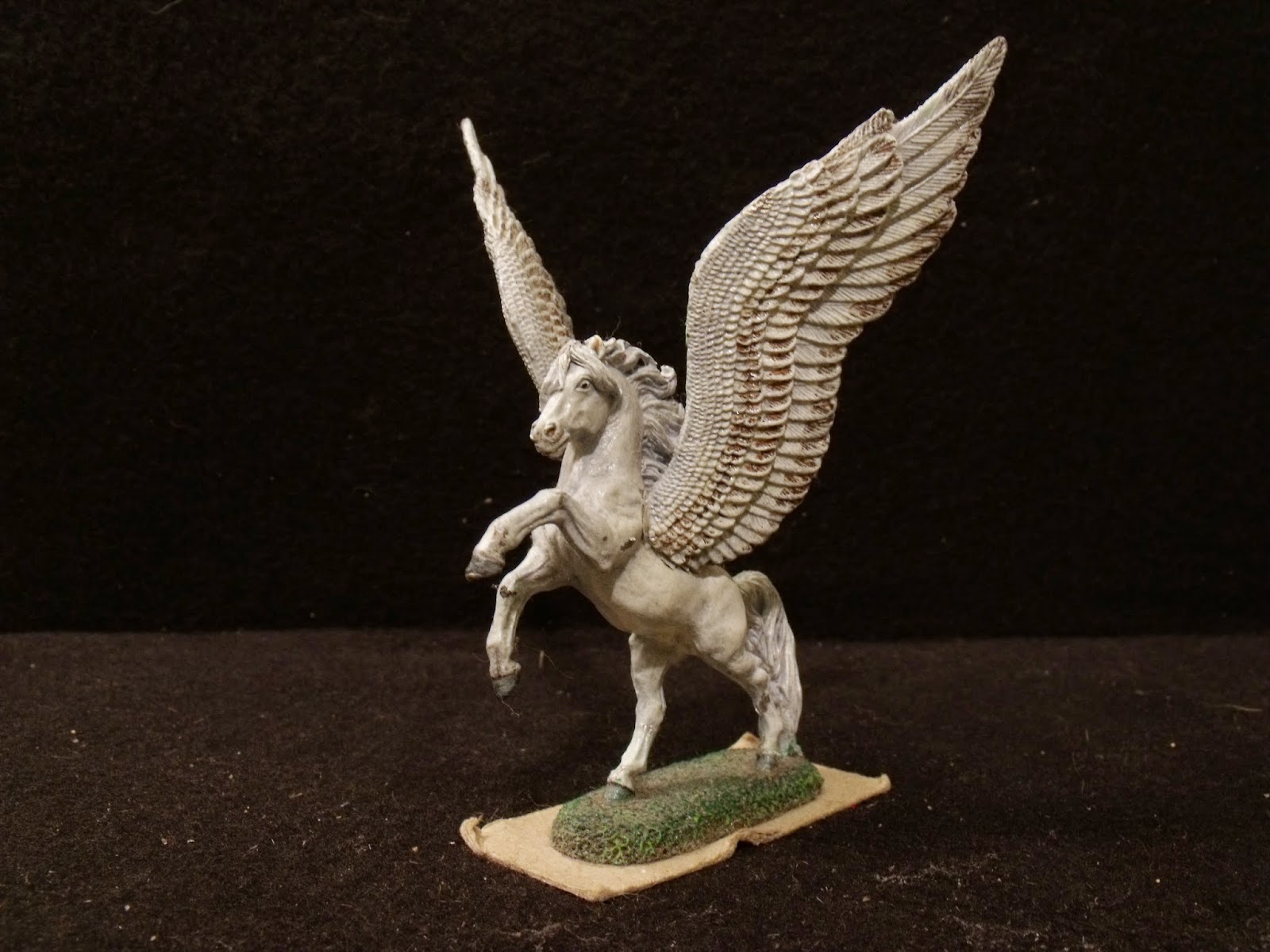 Eventually we got to epic proportions with the Campaign and my cousin ended up ruling a city, while Grim built his own temple to Kelemvor with Mara as high priestess. We ended the game with all of our characters becoming trapped in the Plane of Shadow and never continued after that.

In some ways it was the perfect ending for Grim, the Paladin who fought in a great war and perished. Then   brought back from death and saved the world from another catastrophe, only to have vanished once again.