Happy New Year! This is the first Throwback Thursday of the year and also the first post of the year. This week, we are taking a look at something older than anything else we've seen thus far. This week, it's official 3rd Edition era D&D Miniatures from the Heroes Box Set.


This box set was released early in the life of the 3rd Edition of Dungeons and Dragons, before they switched to the cheap plastic and prepainted miniatures produced by Wizkids.  Within this set were miniatures for the official Iconic characters of Redgar the Human Fighter, Tordek the Dwarf Fighter, Jozan the Human Cleric, Mialee the Elf Wizard and Lidda the Halfling Rogue. 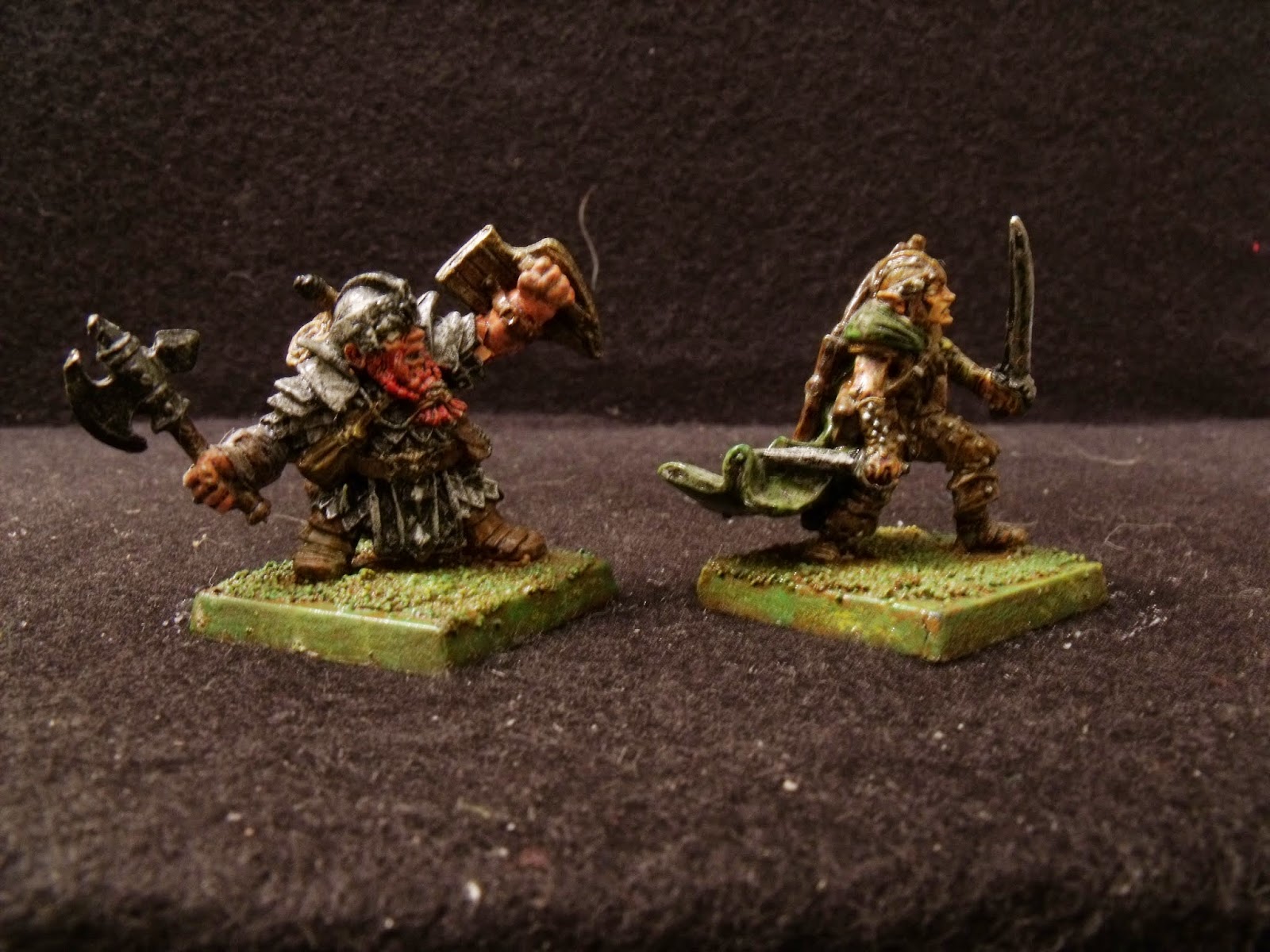 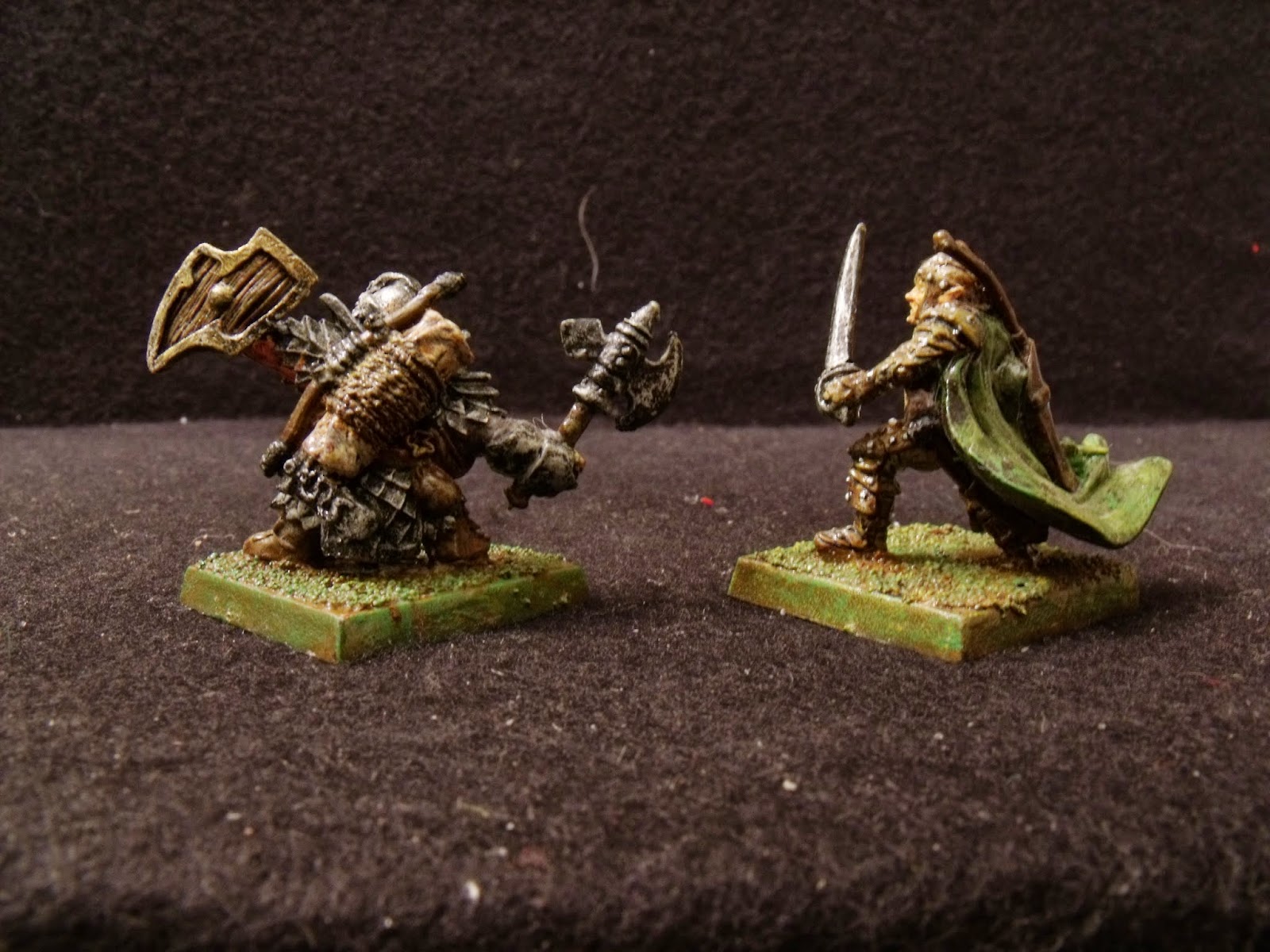 I found these a few days ago, after moving my painting area and organizing everything I own. They were released somewhere in 2000 or 2001, if I remember correctly, around the time that Wizards of the Coast attempted to relaunch their Chainmail line. As such they were painted some time around then, making their paint jobs around 14 years old or so. Then they were stored in a carry case and then moved to a shoe box with many other old miniatures and because of this they are a little worse for wear. 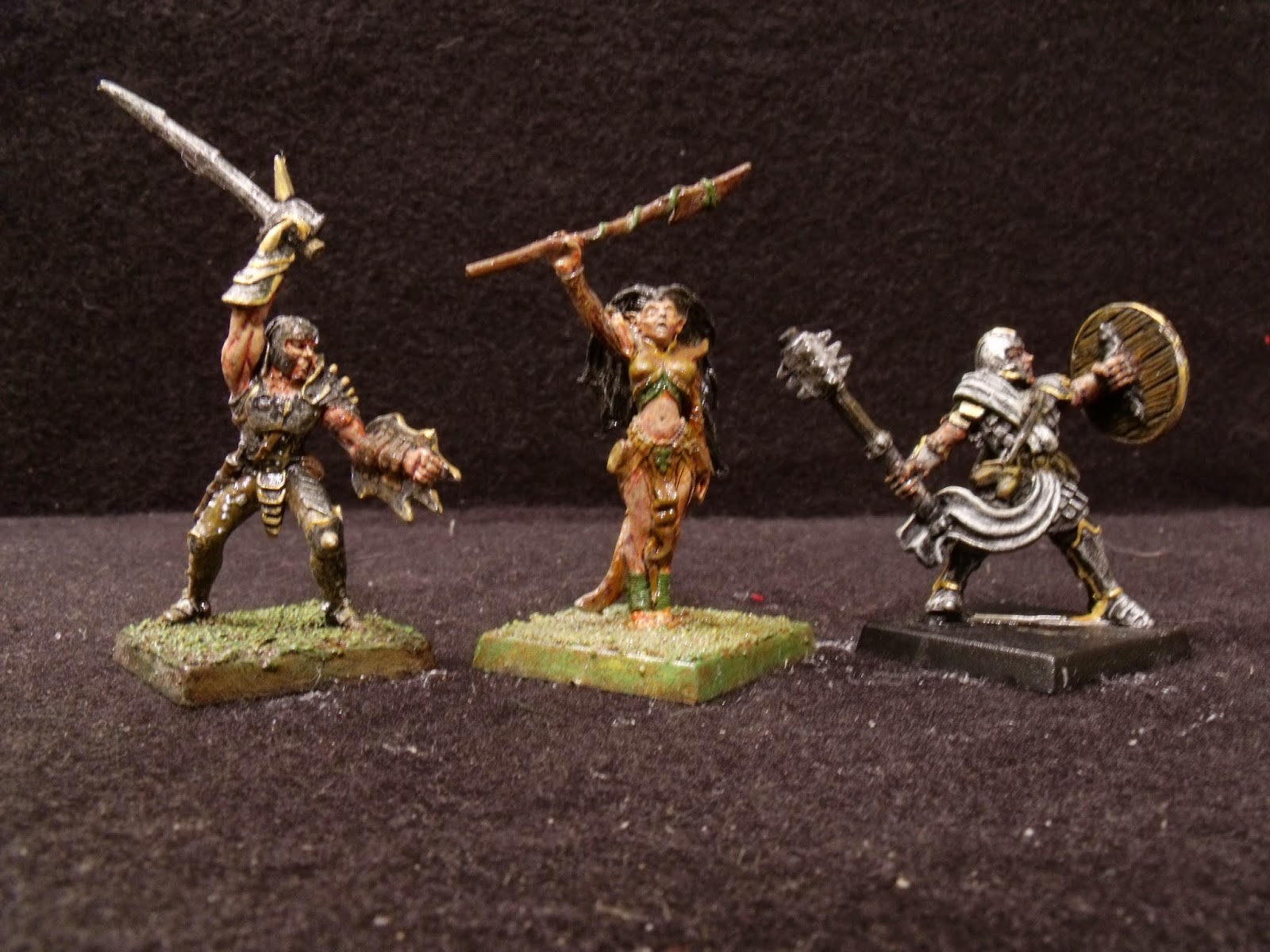 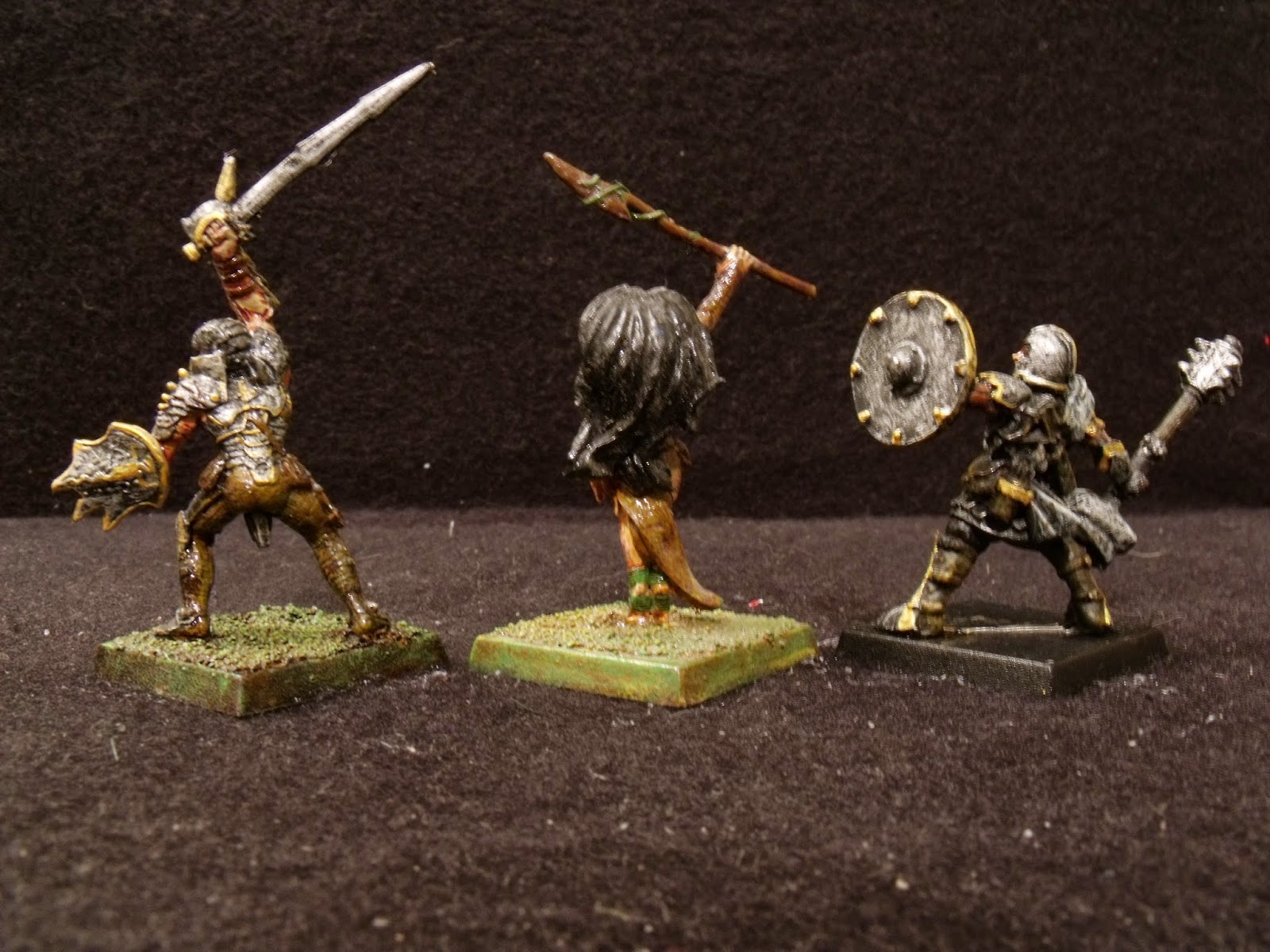 Most of them are in fairly good shape, and after a cleaning they look OK. But Jozan's mini is missing his original base and his shield was broken off, which needed to be reglued. After searching again, I cannot find the miniature for Lidda. When I was moving things around I realized just how many miniatures I had laying around, so it is possible that she may be at my cousin's house or that I placed it in a different box.

These minis are pretty cool though, so I may eventually strip them down and repaint them with new and better paint jobs. But I have to find Lidda before I do anything.