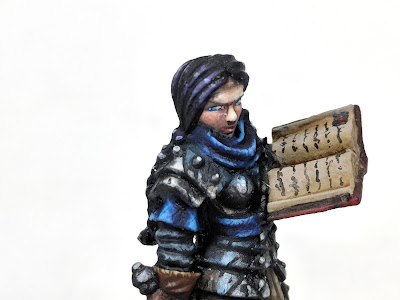 Hey everybody, today we're going to take a look at Diva, the Blessed. This model was released last year as part of Reaper's anniversary line of models. Each model was only available during a certain month, and then no longer to be seen again.

Diva, the Blessed was available during the month of September, 2017. Anyone that knows me well, knows how much I dislike the idea of exclusive models and the idea of showing them off, only to get folk's hopes up and have them find out that it is no longer available. This one fit a character concept I had perfectly though and after finding out that she was no longer available, I was lucky enough to be able to snag this one a month or so later at the local games shop.

Let's take a look at her!